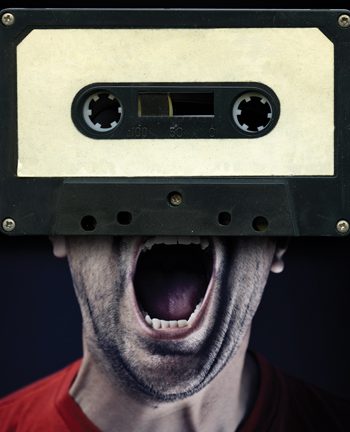 Written and directed by James Hazelden

Amusing and slightly confusing, Dead Technology Memoirs is a set of three 15-minute scenes (Diabolical, Theoretical and Prototypical) on the theme of death and violence showing as part of the Melbourne International Comedy Festival. Death and violence may not jump out as a particularly comedic theme, but all three scenes are played out with delicious black humour and witty dialogue. Each revolves around communication and features some form of recording equipment (hence the technology reference). The first depicts an awkward man telling a fairly disinterested colleague of the thrill of solving a diabolical Sudoku, the second a captive trying to talk his kidnapper out of performing his task, and the third a straight-faced policeman interviewing a hung-over jilted lover with attitude.

These three stories are loosely interwoven in the final scene, but the links are tenuous and unexplained. It felt like there was one more scene to come to tie things together, but Dead Technology Memoirs wouldn’t be described as “Pinter-esque” if everything made sense. The last story is confusing but intriguing, and the fact you want it to go on shows your involvement in the scene and its unexpected twist.

The lack of female players is worth noting – violence and passion are here, as in many other representations, a man’s domain. Some of the acting is occasionally stilted, though Chris Saxton (Jim: Diabolical) and Mark Woodward (Bill: Prototypical) deserve stand-out mentions for their convincing portrayals. Imperfections aside, Dead Technology Memoirs is interesting and entertaining. If you’re looking for something different at this year’s comedy festival, or you like a bit of black humour, Dead Technology Memoirs is a fun and intelligent work, engaging in the way only live theatre can be.