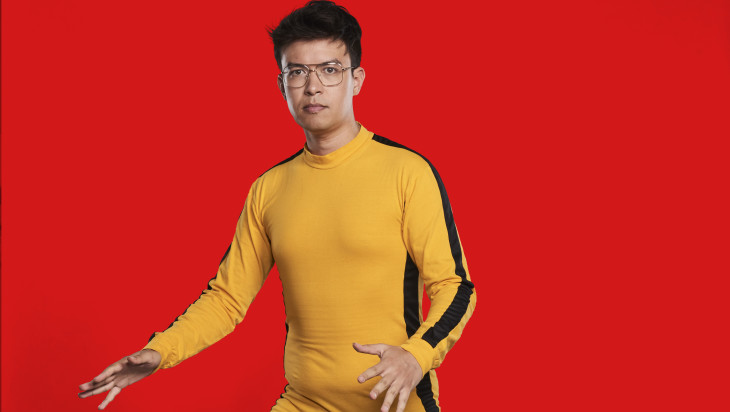 Phil Wang comedy was witty, smart and charming. The self-proclaimed ‘old’ comedian brought a set about his heritage, morality, sex and the modern sense of self. Phil Wang’s comedy had something in it for everyone. There was a lovely variation of topics that he jumped on.

What makes his comedy so well-crafted was he was able to push the boundaries without pushing people. His set had challenging material discussing the role comedians and other influential people have on morality. The role of performers saying one thing and doing the other. Comedians are not oracles of wisdom as they have been used. Used to justify and spread the truth about politics. Comedians, as Phil Wang says, can be terrible people and misinformed but it only becomes a problem when they hide it and use it in a way that attacks. Wang has this ability to share his experiences and talk about his ability to be a terrible human being, but he doesn’t alienate his audience in any way. I found it refreshing that while his set was going on people were coming in late, the audio in the room next door had become a bit too loud but he was able to keep the audience in and not bring attention these factors.

Wang also talked about how easy it is for men to be considered a good person in comparison to women. Men who are decent are the type of people you want to go out with, whereas a decent woman is seen as someone that isn’t good enough. His discussion of how far woman has to go in order to be seen as a good person and the classic look at how in primary school if a girl got in trouble with another boy the teacher would say “Joanne I expected this from Jimmy but I certainly didn’t expect this from you”.

His comedy was topical, hilarious and a set that is an excellent representation of Phil Wang’s prowess.

Venue: ACMI- Below, Max Watt’s and The Victorian Hotel