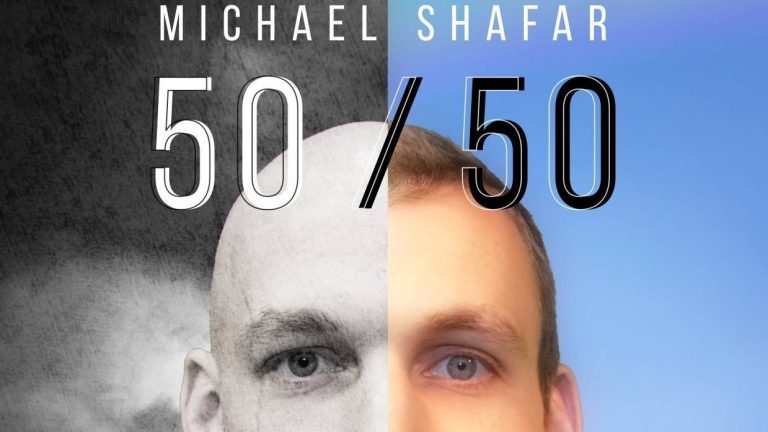 My first encounter with Michael Shafar was walking into his Fringe show in 2018. I was embarrassingly late as the restaurant opposite had forgotten how to make pizza. So, pre-empting a scolding and armed with a quip for the inevitable heckling, I ran into his show yelling ‘I brought pizza!’ but Shafar barely skipped a beat. It was at that moment I realised he’d just told his audience he was diagnosed with testicular cancer.

That was last year, and not much has changed.

I’m now mostly on time, but Shafar’s still finding the funny in the f*cked of cancer.

Diagnosed at stage 3, told his survival rate was 50/50, and after multiple rounds of chemo and surgery, Shafar now turns victoriously to the Melbourne International Comedy Festival stage to have the last laugh.

How else do you deal with daunting medical appointments? Or process that you’re an unintentional ‘inspiration’ to others? Or failing to deposit at the sperm bank equates to letting Hitler win?

Post fight, we relive in solidarity with Shafar the physical and mental ordeal of cancer as he lays testament – sorry, Tanakh – to laughter as the best medicine.

The rising comedian speaks to the Victoria Hotel guests with rawness and warmth. Never pitied, his delivery is considered, whip-smart and will have you nodding along in agreement the whole hour.

There’s the grim reality of losing your hair, but the upswing of having more room down there. There’s the play-by-play of how friends, peers and Facebook acquaintances processed his diagnosis. And, as only a writer on The Project can do, he certainly delivers news differently.

For anyone touched by the fear and distress of sickness, who wants to kick cancer in the balls, or who just wants to give life the finger when it deals a hefty hand, 50/50 will leave you in awe of carefully crafted storytelling and grateful for the universal coping mechanism that is comedy.

Michael Shafar is fronting Movember’s ‘Know Thy Nuts’ campaign for Testicular Cancer Awareness Month. Proceeds from every ticket sold to 50/50 go to the establishment of the Oncology unit at Cabrini Hospital where Michael underwent treatment.