The joy in Minari is found in the subtlety of interactions between characters. The drama, directed by Lee Isaac Chung and produced by a24 captures the experience of a Korean family who move to Arkansas. After living in California for about a decade as chicken sexers, Jacob (Steven Yeun) and Monica (Yeri Han), move to a large block of land to live in a trailer-like house.

The scene encapsulates the tension between Jacob and his wife. As the pair meet their new home, Jacob’s face widens and his eyes sparkle. He calls the ground they stand on the “best soil in America”. On the other hand, Monica simply asks “what is this place?”

While Jacob fixates on cultivating vegetables and is determined to make his own mark on the world, Monica seems focused on living day to day with minimal income and caring for their son David (Alan Kim), who has a heart murmur. It is a father’s urge to claim his own slice of the American dream, and a mother’s desperation to hold her family together, that creates some of the most emotional moments in the film. One thing that never dies? The family’s love for each other. In one scene, the two children make paper airplanes labelled with the words ‘don’t fight’ on their wings amidst one of their parents fights – a subtle reminder on how the actions of each family member are so deeply felt by the others.

The film is inspired by Chung’s own childhood. David, the son of the family, is loosely based on Chung himself. Because of this, a rare authenticity lies at the heart of the narrative. Monica’s widowed mother, Soonja (Yuh-Jun Young), makes an appearance as the grandma that David says isn’t a “real grandma” and “smells like Korea” because she does not behave like an archetypal American grandmother should. Instead, she watches wrestling, swears, and doesn’t cook. Despite the young boy’s initial hesitancy, the two form a heart-warming bond throughout the film. The two characters both have a hilarity and spunk that helps them bond to one another. They even plant ‘Minari’ together – a Korean vegetable that doubles as the film’s namesake. Just as the vegetable is able to grow throughout the film, the Yi family manage to make a life wherever they are rooted.

While the locals are ignorant, there is a special working relationship between Jacob and Paul (Will Patton) – an eccentric religious man who helps the father of this new family farm produce.

There are moments in the film that simply could not be performed without lived experience.

David is forced to learn hard lessons quickly. He is already afraid of death at a young age. The child is not only navigating life in a new town but is trying to find his place in his own family. The couple’s oldest child, Anne (Noel Cho), is a pillar of the family, having the maturity to manage both herself and her little brother when needed. When asked by her grandmother what Mountain Dew is, she responds with “water from the mountains.”

The ending forces bring the family together and force Jacob to make a decision – Is his dream of success worth sacrificing the unity of the family? 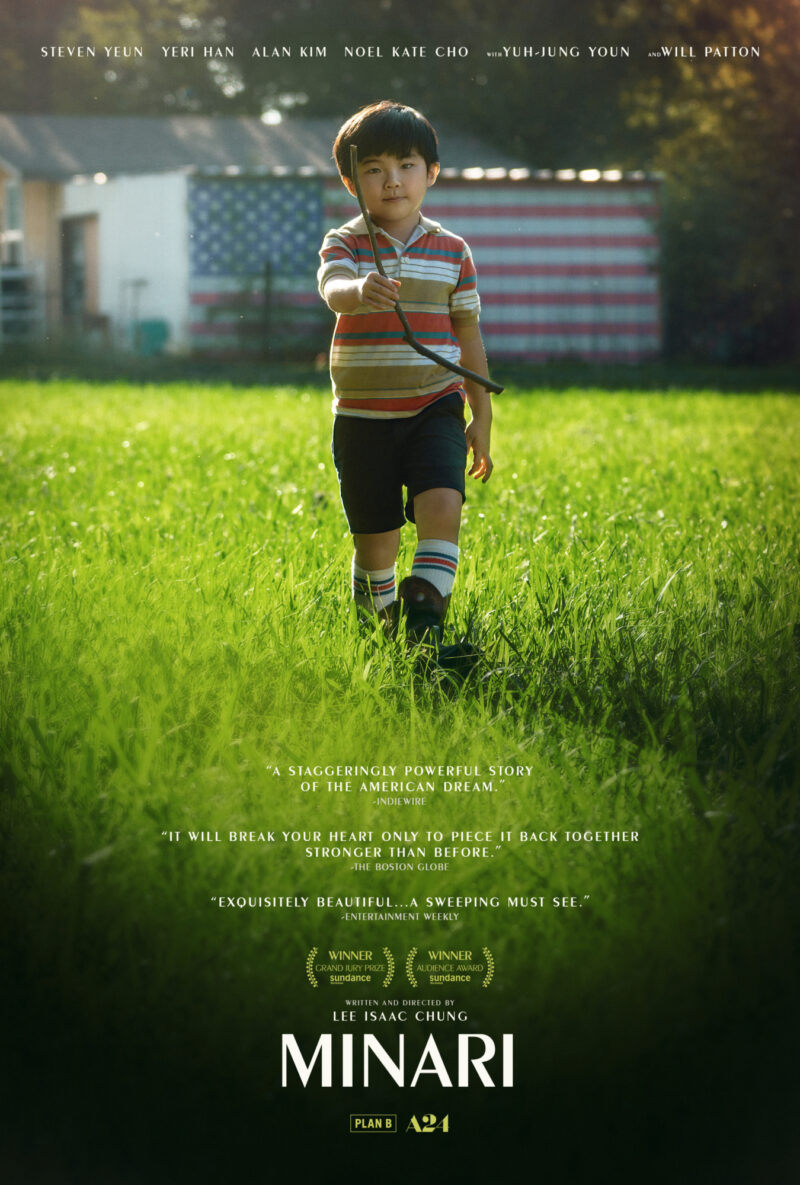