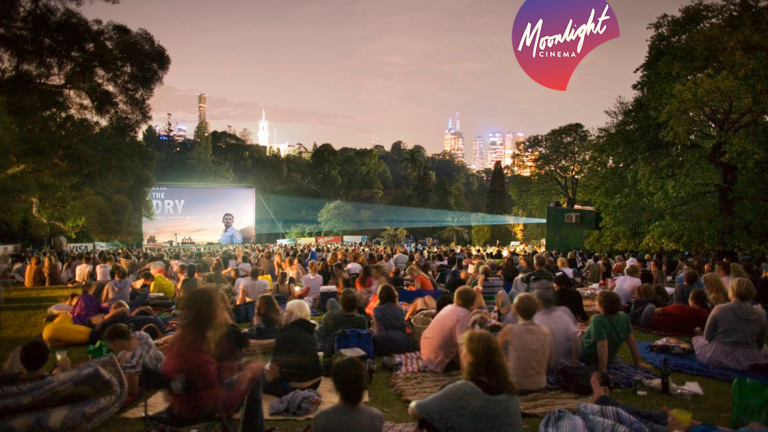 I recently attended Moonlight Cinema at the Royal Botanical Gardens. Melbourne’s Moonlight Cinema is Australia’s first, largest, and longest-running outdoor cinema. Established in 1996, this outdoor cinema will make you feel like you’re making the most of the summer when sitting under the stars watching a feature film.

This was my first time at Moonlight Cinema and knowing that I could bring my homemade picnic or purchase beverages and food there was such a luxury. I was delighted with how helpful the staff were. The hill we sat on was sloped which made life so much easier for everyone viewing to have a full view of the screen.

Based on the New York Times bestselling novel by Jane Harper, The Dry is a confounding thriller set and filmed in rural Victoria. Starring in his first Australian feature film since 2007’s Romulus, My Father, Eric Bana is cast as Federal Agent Aaron Falk. A committed and enthusiastic detective based in Melbourne; Aaron hasn’t set foot in his hometown Kiewarra since leaving obdurately after the unsolved passing of high school friend Ellie Deacon (BeBe Bettencourt) some 20 years ago. Drawn back by the death of another childhood friend, it seems Kiewarra is still full of mystery. 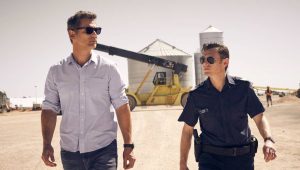 Maintaining a high standard of verisimilitude and genuineness, the film reaches a standard of other Australian classics like Picnic at Hanging Rock, Jindabyne, and Snowtown.

Cinematographer Stefan Duscio captures the film perfectly with barren and desolate shots of the drought-stricken town that hasn’t seen a drop of water in 324 days. The realism of this film is a refreshing take on Australian culture instead of the common trend in big-budget Aussie films to romanticise the true gritty and harsh nature of it.

Puzzling and enthralling, The Dry will keep you on the edge of your seat. A brilliant performance by all actors involved. Currently standing at more than $16 million at the box office, the film shows true, bold Aussie storytelling that should not be underestimated. An excellent example of how Australian television and film is evolving and growing more rapidly than ever.

Moonlight Cinema has released their March and early April program available on their website. You can also still catch The Dry in cinemas now