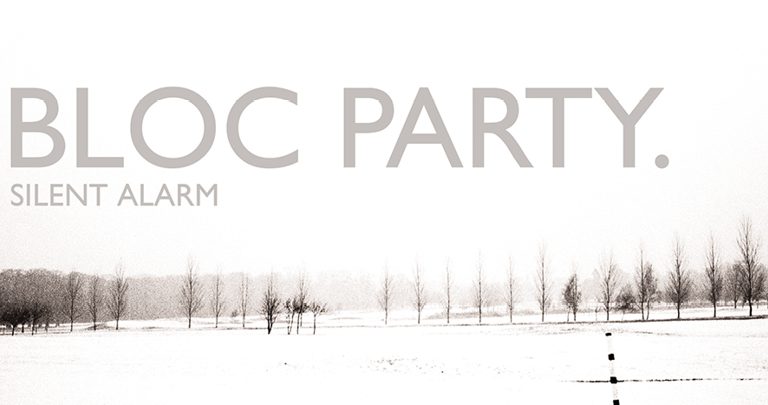 Australia’s own Haiku Hands got the party started with their pandemoniac performance of dancefiable disco, raveable electronic pop and hip-swinging hip hop. Initially the building crowd were stunned at the group’s tongue-in-cheek lyrics, choreographed dance routines and unapologetic enthusiasm, but soon enough the group’s eclectic energy punched its way through the arena to get the crowd going.

Their performance peaked with the tossing and drop punting of party streamers into the crowd during an unreleased track, but Haiku Hands sustained their momentum to get up and down, march left to right to their undeniable bangers ‘Not About You’, ‘Jupiter’ and their newest single ‘Squat’. If you’re looking for a good time to get amongst, see Haiku Hands’ next live show. You will absolutely be entertained from start to finish.

Six thousand Melbournians eagerly awaited the arrival of their indie-rock heroes Bloc Party as the roof of Margaret Court opened up to create and overhead window of the cloudy night sky. Purple smoke swept up from the stage and swirled through the air as the London four-piece came arrived to start the ever-so stunning evening playing Silent Alarm in reverse order (a nice little twist). Their smooth rendition of ‘Compliments’ and the punchy ‘Plans’ set us off into the night before frontman Kele Okereke vocally warned us they’d be getting the party started with the rampant ‘Luno’, at which founding member Russell Lissack’s lead guitar manship is mesmerising. You would not want to go up against him in Guitar Hero. He does not miss a single note. Ever.

Nostalgia was sent into overdrive for ‘So Here We Are’, this slower moment in the set felt like a fitting time to reflect on just how bloody amazing Bloc Party are at creating and performing remarkable music. Further, on how far the group have come (and changed) since their humble beginnings almost a good twenty years ago. Die-hard Bloc Party fans alike, sticking with this band for so long, must have also taken this time to reflect on how their own lives have changed throughout their following of these post-punk revivalists. The plucky as ever, ‘Price of Gasoline’ and ‘The Pioneers’ then paved the way for the following wave of certified indie hits.

‘This Modern Love’ was an incredibly sweet moment in the set. The crowd soaking up and singing along to every word of Okereke’s familiarly humbling voice, before two huge confetti cannons blast off during the final crescendo of the song. Thin pieces of paper dazzled and danced through the lights before floating atop of the audience, who like myself, were all experiencing a moment of pure elation. ‘She’s Hearing Voices’ cut the air clean with newest member Louise Bartie’s striking hits of the snare and kit, and ‘Blue Light’ played out through flickers of, appropriately, blue lights.

Knowing what they were in for next, Melbourne was ready and hungry for more as those on the floor jumped around and those in the seats jumped out of them to feast on ‘Banquet’. Despite only ever so slightly amplifying the crowd’s volume, Okereke turned his microphone towards the people for another all-arena sing along of the track’s chorus. Similarly ‘Positive Tension’ triggered a crowd-wide chant of “so f*cking useless!”. Then, the big one. With a warning of “struth” and the reminder to “get up you bloody bogans” from Okereke (he’s picked up some Aussie lingo, see), to no offence taken by the crowd who lost their minds as that iconic opening riff of ‘Helicopter’ skewered the arena into a frenzy. It, went, off. With the album opener but live show closer ‘Like Eating Glass’  was done and just like that Bloc Party wrapped up their Silent Alarm showcase.

The ultimate indie-rockers weren’t done yet, though. They returned on the stage to treat Melbourne with a few (huge) hits from their extensive catalogue. ‘Two More Years’ opened the encore, Okereke realising after that the song was written about a girl from Melbourne. Bloc Party dipped back to their Little Thoughts EP with ‘Skeleton’ and ‘Little Thoughts’. ‘The Prayer’ set off a chain reaction of stomping and clapping throughout the crowd, all of these people singing and shouting word-for-word throughout the night was a gratifying reminder at just how unifying music can be, particularly given the longer lifetimes of these wonderful songs given to us by this band. A taste of their latest release ‘The Love Within’ was a trippy high of Okereke’s spacey guitar effects, so overpowering the frontman tackles his audio technician in a bear hug front and centre of stage. Bloc Party reserve their final flex of the night for ‘Flux’, the huge 00’s rager that still serves its purpose to this day: a song to lose your mind to, which everyone in the arena did. A final boom of the confetti cannons and Melbourne find themselves in another euphoric state of exultation to end the night.

Fifteen years since the release of their debut album, despite band members having come and gone, Bloc Party’s live showcase of Silent Alarm was a sturdy reminder of just how brilliant this band have been in producing some of the best guitar driven, alt indie-rock of their time and how ageless it has become.