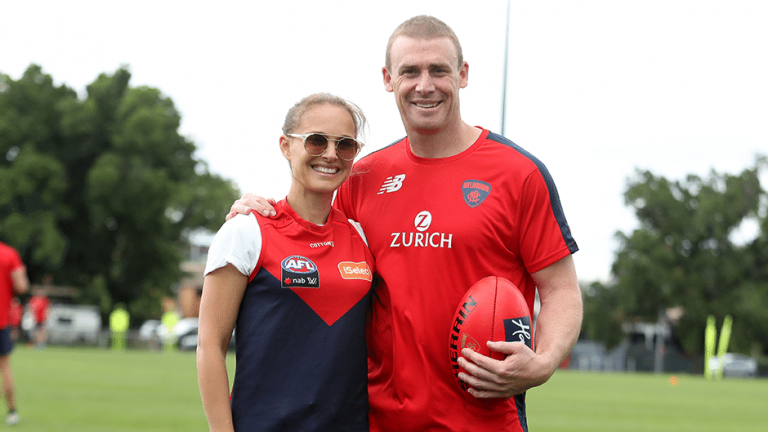 In Australia on holidays to attend a friend’s wedding, the Oscar-winning actress took time out to see how the Dees were preparing for the upcoming season. 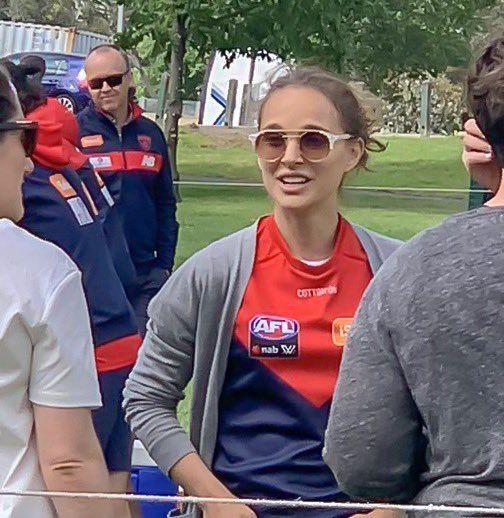 Portman threw on a personalised Dees AFLW guernsey, a freebie from the club, as she met the players and coach Simon Goodwin.

The actress, best known for her role as Padme Amidala in the Star Wars prequels, is in Australia with her dancer husband Benjamin Millepied.

AFL.com.au has reported the Hollywood megastar was at Dees’ training because one of her friends is a mad Melbourne supporter.

There was a touch of Hollywood at @melbournefc training this morning when actress Natalie Portman popped in for a look with her young family. The star of movies like ‘Black Swan’, ‘Closer’ and ‘V for Vendetta’ spent time chatting with Demons coach Simon Goodwin. #7AFL #7News pic.twitter.com/VK9PgaEYLb

She will be wearing a custom-made gown from designer Christian Dior. 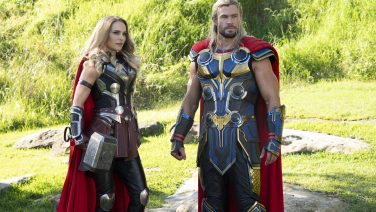