Commuters are set for weeks of transport chaos as work ramps up on the Metro Tunnel project.

Nine rail lines will be shut down from April 1 to 23 with buses replacing trains on the Cranbourne, Pakenham, Frankston, Sandringham, Mernda, Gippsland and Geelong/Warrnambool lines.

However, the Alamein, Belgrave and Lilydale lines will operate as per normal. The Glen Waverley line will be affected at different times.

The huge shut down is to allow for construction for the South Yarra entrance to the Metro Tunnel.

The closure will affect 1.5 million commuters and huge delays are expected.

Premier Daniel Andrews has apologised for the shut down, but insists the closure is necessary to build the tunnel under South Yarra station.

“It’s of the biggest rail disruptions we’ve seen. It’s unprecedented. But it’s needed to allow construction for the tunnel under South Yarra station,” he said. 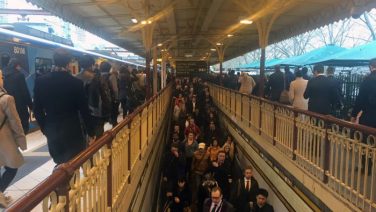