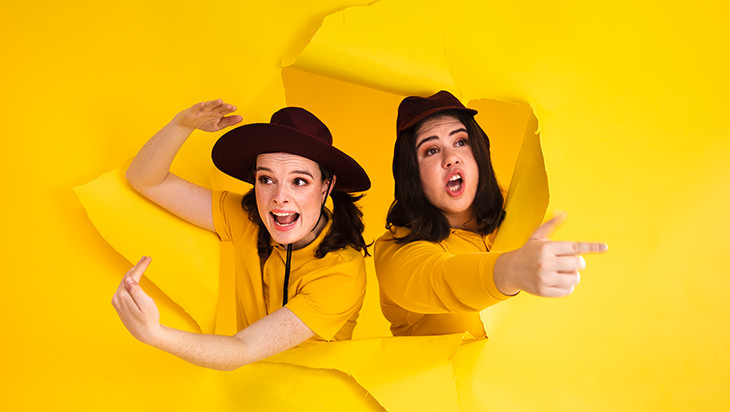 Thanks to No Hat, No Play! The Cabaret, Sam Andrew and Mel O’Brien managed to summon an actual portal at the Toff in Town to the most embarrassing year of my life: 2010, Year 6.

Straight away, walking into the venue I felt a whirlpool of nostalgia and sentimentality when The Cheetah Girls were pumping through the speakers. Just before the show started I genuinely cackled when the last song on their playlist of pre-cabaret bangers was DJ Otzi’s Hey Baby. This technique was perfect to make the crowd feel like they were taken back to their primary school disco when life was about crushes and Wizz Fizzes.

Claire (Mel O’Brien) and Susan (Sam Andrew) we’re creepily similar to most girls I knew in primary school. The characters – wearing awkwardly unflattering colours and vibrant clips in their hair – were so on point for any young Australian school experience.

After the pair walked on stage being greeted with an enormous applause they started a “tic-tac-toe” friendship handshake and I knew this cabaret was going to be hilarious. Straight away they were both captivating, frolicsome and hilarious.

The dialect and music were remarkably well done considering this is their first show at the Melbourne International Comedy Festival. There was no set or backdrop but these girls really didn’t need one to paint a picture of an all-Aussie primary school.

Some stand-out songs from the show had to be I Love You James L and Why’d You Steal My Juice Box? Not only are Mel and Sam terrific actors but their vocals are incredibly impressive which is no surprise considering both have backgrounds in the arts with previous successful shows they’ve done. 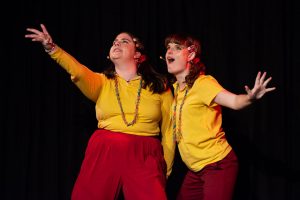 I Love You James L took me back to what it felt like having a crush in school and just wishing that they gave you their full attention and love. Every verse was met with chortling and cackles from the audience and also some sighs and “awwww’s” as it did make you feel sorry for your old needy 12-year-old self.

Why’d You Steal My Juice Box? felt like a soul-wrenching ballad just waiting to be eaten up by a Broadway director with its superb composition and sensational yet heart-breaking delivery from Claire (Mel O’Brien).

The main aspect that stood out to me watching this show was that every reference they made was so on point. Mentioning the likes of MSN, Smash drink bottles, Total Girl, Pasta Necklaces, Bratz dolls and – of course – Volley shoes, it felt like both Mel and Sam had done a deep dive into their primary school journals.

Watching this show, a flood of memories and embarrassment from that time of my life came back to me and that’s when I knew that No Hat, No Play! The Cabaret was an ode to a time I never knew I needed an ode to.

These girls are a great combination for all things comedy, stage presence, and finally some Zillenial representation of comedy in Australia. Not going to lie, I’m unequivocally keen for more of this kind of satire so hopefully this MICF show grants them both the opportunity to make more wonderful comedic creations. Compelling, vivid and immensely witty I have a feeling this is only the beginning of some wonderful careers for them both.

The Melbourne International Comedy Festival runs from 24 Mar-18 Apr, 2021. You can catch Samantha Andrew & Mel O’Brien in their show No Hat, No Play! The Cabaret from now until 18 April 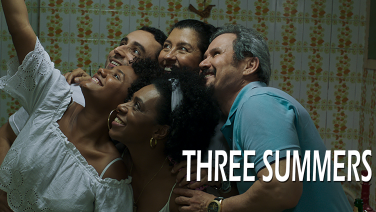 Words by Benjamin Polazzon “What about me?” Eat the rich has become an increasingly popular phrase as wealth disparities were laid bare […] 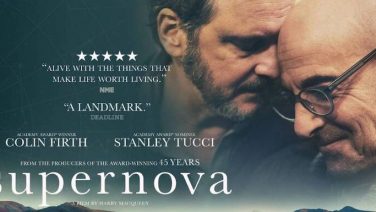 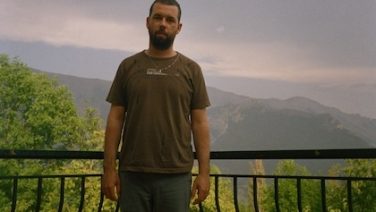 Interview with Jack Grace - The Hoist 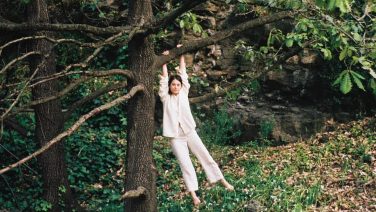 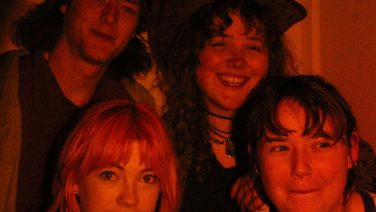