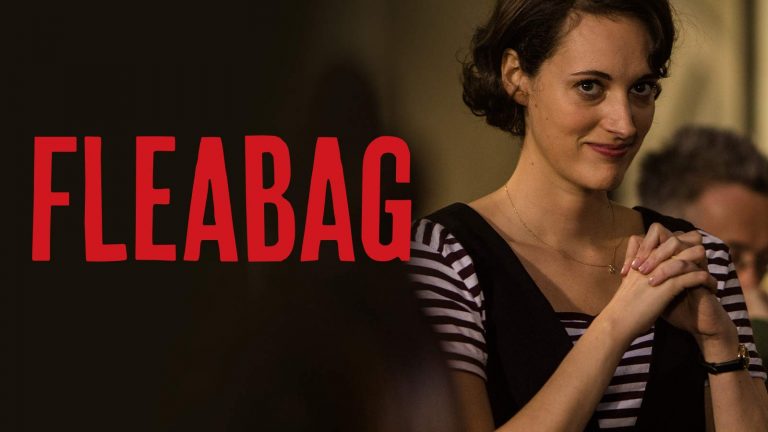 “I’m not obsessed with sex. I just can’t stop thinking about it”

The modern world cannot decide what it wants. Advancements in medicine are overshadowed by people claiming they are harmful. Human rights are bolstered in one place only to be struck down in another. How does anyone exist within this complicated society? Do not ask Fleabag, she is still trying to find out herself. Filmed from a sold-out show live from the West End, National Theatre Live: Fleabag is absolutely unmissable hilarity with deeply poignant insight on society and culture today.

Fleabag has a complicated life. An unfortunate accident has left her as the sole proprietor of a guinea pig café. On top of that her boyfriend has left her again, family life is difficult, and money is hard to come by. With nothing to lose but lots to figure out, Fleabag has some work to do in understanding how she fits into society.

Phoebe Waller-Bridge is fabulous. Put any positive adjective after her name and it will still ring true. As the creator of the character, she knows Fleabag extremely well and it completely shows. Her comedic timing is impeccable. All she has to do is make a face of disgust, pleasure, arousal and immediately the audience is in hysterics. Both the one she is performing to and the cinema. Everything she does in the 80-minute runtime is gold.

Much like a stand-up special, Waller-Bridge is alone on-stage telling jokes. She sits on a chair most of the time she is on stage. She narrates the good, bad and ugly experiences Fleabag has after the death of her friend. It should be noted, this play, and by extension this film, is not for those easily offended. Fleabag talks about abortion, suicide and – above all – sex unrestrained and unfiltered. Nothing is lost from stage to screen, much like the series. The jokes are perfectly constructed, and the payoffs are worth it. The most surprising thing about the show is how unbelievably emotional it can become. Waller-Bridge has no trouble flawlessly turning something comedic into something tragic within seconds.

Technically the show is very basic. That being said, it would be ridiculous if it had an elaborate set. Waller-Bridge sits on a chair performing to the audience. There are moments the lighting design changes but it is rare. This works in favour of the show for when the design does change, it is more noticeable and emphasises the segment. Sound is similar but typically helps in creating a sense of location. The genius is in the minimalism as it highlights the performance which is really the standout.

The second season of the television series – based on the play – won three Emmy awards and that comes as no surprise to anyone who has seen it. However, National Theatre Live: Fleabag puts those wins into perspective and shows us just how far Fleabag as come and how many hearts it has touched. For those unaware, it acts as an introduction to this incredibly fascinating character. For fans of the series, it is an absolute must to see the origins of said character. At the end of the day, we are all a little bit like Fleabag. She is not alone in this modern world.

National Theatre Live: Fleabag is showing in select cinemas from 11-22 October with some exceptions. It will not be redistributed after this date.