Old: The Closest Thing We’ll Have To A Shyamalan Comedy 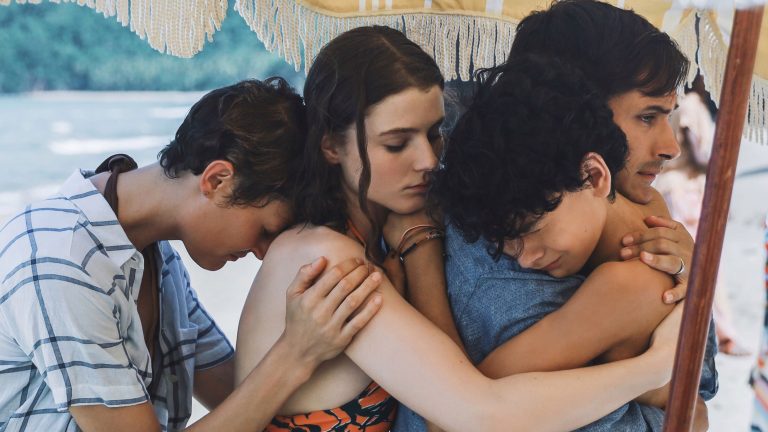 Having been adapted from Pierre Oscar Lévy and Frederik Peeters’ novel, Sandcastle, M. Night Shyamalan’s recent thriller Old revolves around a bunch of people — some better, some worse, but all facing hardships in life — who are trapped on a beach and rapidly age with seemingly no way of escape. It’s one of those Shyamalanian scripts that people will either uphold or scold as it orients its characters, plot, and ideas around a twist that you know could pop up at any given moment. It’s the signature trait that audiences have come to associate with Shyamalan and one that the director fires off film after film in hope that he’ll eventually hit something. For all the misses he’s had, what he does hit here is perhaps one of the funniest films of the year and the closest thing we’ll have to a Shyamalan comedy.

What’s true for Shyamalan’s recent feature is that he’s definitely had a ball making it. The opening act cares not for providing any sort of useful exposition as, like with the characters, it dumps the audience onto this tropical island and asks them to figure out what they’re doing here. The director is no stranger to this ‘cut to the chase’ filmmaking, and he’s quick to make apparent that there’s a secondary layer to all the madness that will ensue over the course of the next 90 minutes.

That madness comes in the form of the aforementioned beach that ages its beachgoers a lifetime over the course of a day. Of those beachgoers and island visitors, there’s one family of four who have, in some sense, won a getaway to this island. Of that family of four, Vicky Krieps plays the mother, and her children are played by child actors and grownups alike (including Alex Wolff and Thomasin McKenzie). There’s also another family of four that doesn’t give you much to work with, and Rufus Sewell is at the helm of that family in one of the strangest performances he’s ever delivered. Finally, there’s a couple who also find themselves trapped on this island, with one of these people having a more severe form of epilepsy.

The opening moments of Old establish what ultimately ties these people to one another — the very troubles and health problems they carry with them. That secondary layer (or twist) is what builds on from that connection the characters share and why they all end up on this beach.

Some will find Shyamalan’s approach in Old quite campy in comparison to the rest of his films, and particularly in comparison to his most recent feature, Glass (2019). The script and its dialogue never really land, the acting feels quite jarring and stale, and the camerawork is quite baffling at times for a film of this calibre. Vicky Krieps is incredibly underutilised here especially given how magnetic she is in Phantom Thread (2017), and the very knowledge that a lingering twist is around the corner leaves one feeling zero connection to the characters in question as one knows they’re not the most important piece in this puzzle — they’re almost a MacGuffin in and of themselves. 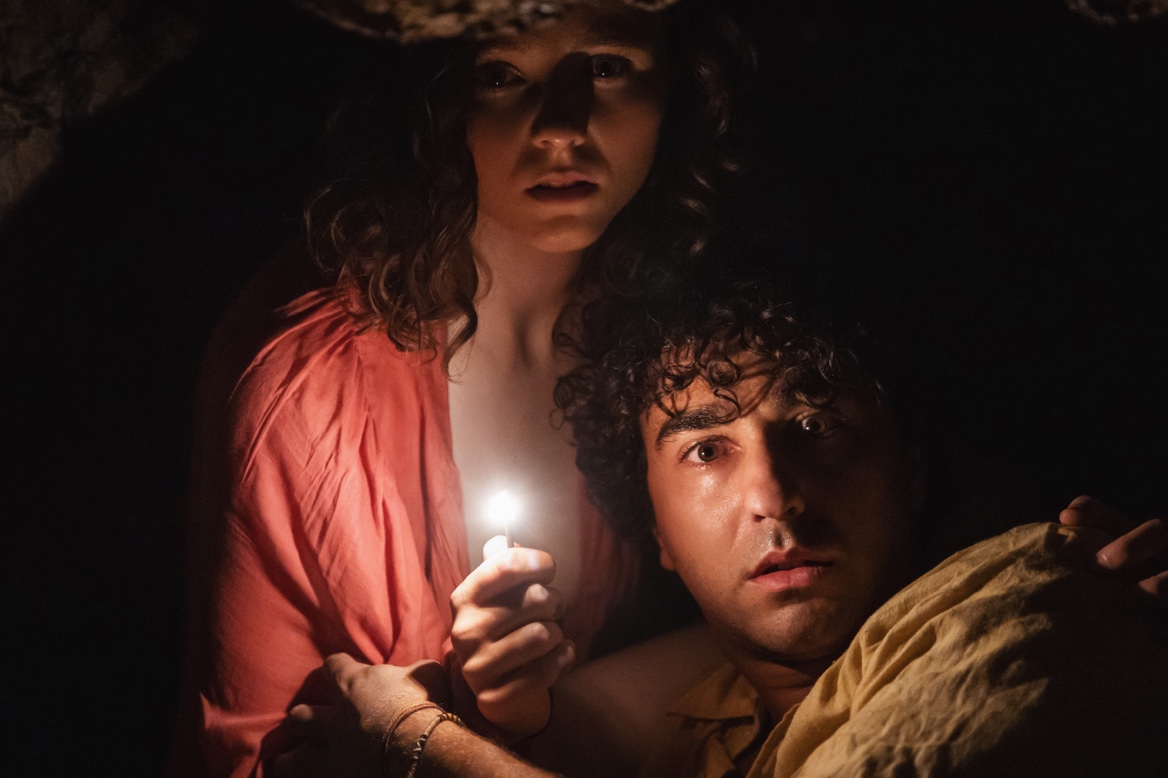 The only unsurprising aspect of the film is that Shyamalan has actually inserted himself in it, and has quite literally become a part of the twist he has created. There’s a level of self-referentiality going on here that is anything but unexpected, and is caricature like in its approach. The result is one where Shyamalan is basically treating his twist as the deus-ex-machina through which his film will be saved. Once that intent becomes clear, Old quickly becomes one of the funniest film of the year and not in that ‘it’s so bad it’s good’ way.

The film is by no means frightening and by all means experimental. Shyamalan is riding a wave of sketches that are all hiding under false pretences of looming death. As each character ages abruptly, they become more desperate. Some of these characters try to flee the beach to no avail while others beat their brains trying to devise a way out. As an audience member, you can’t help but see this struggle as pointless and the humour lies in its very pointlessness.

Nevertheless, the movie provides a unique take on the thriller genre by one of the most specific genre directors in the mainstream business. Shyamalan has proven that he can direct engaging films with moderate budgets in relatively singular settings, even if those films bury themselves in poor scripts and worn out plot devices. The directors evident adulation for Steven Spielberg and Wes Craven comes through in the minimalist production features that characterised those directors’ earlier works, and you either love it or hate it with him.

Old is another film that reminds audiences that Shyamalan isn’t stopping for anyone, and I guess that’s what makes his films his. Even if it doesn’t hit its mark in recapturing the bravado that came with The Sixth Sense (1999), Old still manages to keep one entertained by offering a fresh experience unlike anything anyone else can offer at the same level. Sure the twists are tried and dried, but Shyamalan sure isn’t.