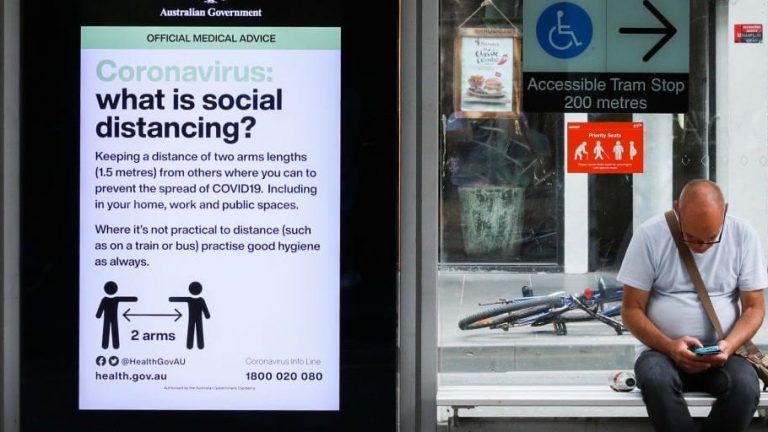 For much of May, we have seen largely single digit rises in new cases in Victoria with some days of no new cases of COVID-19. We felt that the virus was under our control. We felt that we were finally masters of the virus, the very virus which stripped our supermarket shelves bare, turned Melbourne into the dobbing capital of the nation and ordered us into the solitude of our own homes, never to come out. Yet the past month have shown that we are anything but. To believe that we are masters of the virus was a foolish collective state of mind and now the virus is coming back with a vengeance.

It is true that genomic testing has traced many recent cases to the security guards at the quarantine hotels. We should rightfully demand an investigation into why such a breach of infection control happened at such a high-risk facility, which the Premier has announced a judicial inquiry into. However, there are humans involved in this so it is inevitable that outbreaks will occur due to human error. Germany, a European country widely praised for its pandemic response has recently reimposed a lockdown in the state of North Rhine-Westphalia, the same as our ring-fencing technique to lock down Metropolitan Melbourne. This was in response to a large outbreak in a meat-processing factory in that area, when more than 1,500 workers tested positive. South Korea, another high performing country has recently experienced a surge, with 146 cases stemming from an e-commerce warehouse and about 200 cases linked to nightclubs and entertainment venues in the capital of Seoul. Even in New Zealand, held up as the poster child of managing the pandemic has had quarantine breaches where reports of people leaving quarantine while potentially infectious, and reports of people disappearing after leaving isolation early. Human errors are inevitable whilst managing a pandemic, just ask New South Wales about the Ruby Princess.

What has delineated New Zealand from Germany, South Korea and Australia is that it has pursued an elimination strategy whereas the others pursued a suppression strategy. By its very nature, the aim of the suppression strategy is to contain the outbreak but not necessarily aiming to eradicate the virus. This means that, even if New Zealand has certain breaches of protocol, lapses in quarantine arrangements or lack of adherence to social distancing, the fact there is virtually close to no virus circulating in the community means there is an extremely low likelihood for a spreading event of this virus.

James McCaw, a Professor of Mathematical Biology and infectious diseases epidemiologist at the University of Melbourne, has been conducting weekly surveys measuring compliance with social distancing. He has found that in April, the average compliance with social distancing was 80%. Through modelling and scientific studies, we know that 80% is the minimum level of social distancing across a population to reduce the spread of the virus, to drive down the R0 value below 1 and drive down the epidemic curve again. However, since April, our compliance with social distancing has plummeted to 25%, meaning that if outbreaks became out of control, we could see increases in case numbers like the exponential rises we saw at the start of the pandemic. This is evident in Germany and South Korea, and indeed now in Melbourne, where they have recently experienced surges in cases where restrictions have been loosened and the general population relax social distancing habits. The triggers to the surges in case numbers may be different from each of these countries. What ties us Australians with the Germans and South Koreans are us letting our collective guard down and acquiesce to the temptation of pre-COVID habits of close contact with little social distancing.

Regardless of the fact that the source of much of the current caseload can be traced back to the lack of adherence to infection control procedures among the security guards of hotel quarantine, it does not gloss over the fact that our lack of social distancing has fueled what the Premier describes as a public health bushfire. If the lapses in protocol of our hotel quarantine arrangements was the spark that initiated this public health bushfire, our collective failure to adhere to social distancing as a community is the fuel which fanned the flames.

Chief Health Officer Brett Sutton has stated from the start of this week that there are over 5,000 close contacts, related to the current caseload of people who have tested positive to the virus. These are 5,000 close contacts that our contact tracing team have to call up, ask about who each of them have met in the past week, determine who may be at risk of being infected and follow up with. He has stated that the state is now “at the limits” of managing close contacts with confirmed cases and have put down as many containment lines as possible in managing these close contacts to ensure that this public health bushfire does not go out of control. However, if our contact tracing team can no longer trace all the current cases and their close contacts, the virus risks spreading out of control, beyond the containment lines as the teams can no longer track the virus, turning it into an uncontrollable blaze. Thus, the virus spreads throughout the community like in the US and the UK.

We know that social distancing works in suppressing, if not eliminate the virus. Genomic testing of the virus strains circulating in Victoria has shown that the virus which circulated in April and May has died out likely due to the stage 3 lockdowns imposed during that period. The “priority postcodes” currently flagged were part of that effort, so they are hardly to blame for the current surge in the virus. We know that it is not the fault of the population in the northern and western suburbs for the spread of the virus, because the Casey LGA (as a priority LGA due to the amount of cases) and more specifically the Hallam cluster originated from a worker at the Stamford Plaza, one of the “red” hotels assigned as a quarantine hotel dedicated specifically to positive cases from international travelers arriving in Melbourne. It is rather our collective failure to socially distance nationally which has led Victoria into the situation it is in.

Upon the lifting of restrictions, there was a social contract imposed on us from government. Government will lift the restrictions on the way we live. In return, we adhere to social distancing to keep the virus at bay. We have as a nation broken that social contract and in Victoria, we see the stark consequences of breaking that social contract. Every outbreak begins with one person, a patient zero. What happens after that patient zero, depends on whether the social environment is fertile ground for the virus to spread. When you have close contact with a friend, family or coworker, whether it is a hug, a kiss or an extended close conversation with a person, you are having a close contact with every single person that that friend, family or coworker has interacted with in the past two weeks. Scientific evidence supports the notion that 40% of transmission of the virus are asymptomatic and pre-symptomatic transmission and recent studies have suggested that 80% of people who are infected with the virus are asymptomatic. How do you know that that person you hugged, kissed, held hands with or had a long conversation with has not come into close contact with someone who has the virus, whether symptomatic or asymptomatic?

The new lockdown measures are a reminder that we are not masters of the virus. Let this be a warning not only to Melbourne but also those in other states and territories as well. This can happen anywhere in Australia. Hopefully, the tightening of restrictions will shift our own impulses from the self-serving gratification of close physical contact towards the collective conscience of social distancing for the greater good. We all must make it socially unacceptable to break the rules of social distancing, hand hygiene and cough etiquette. It is our collective failure as a society to make it socially acceptable to ignore the rules for one moment that we find ourselves in the situation we now face. It is part of our social contract to follow the rules, open back up and start living in freedom again in a COVID safe way. After all, it only takes one person to start an outbreak, and a few outbreaks to start a second wave. We need to stop pouring fuel onto this public health bushfire before it is too late to douse the flames.