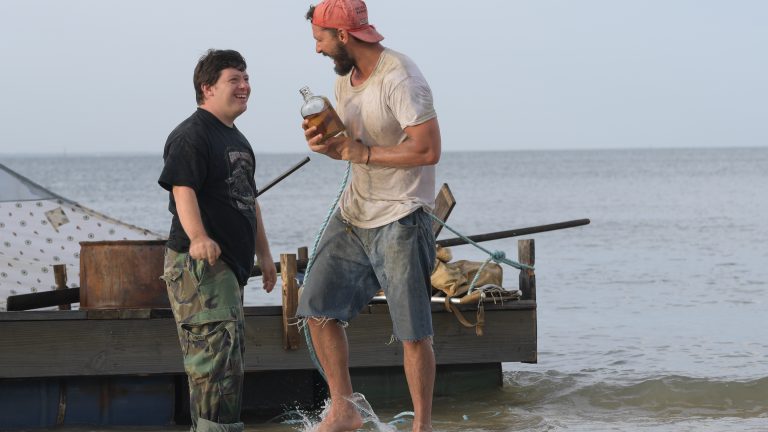 “the payoff comes in seeing the two leads bond and begin to realise that amongst the turbulence of their situations, they are all that they’ve got”

When people set their mind to something, there should be no limits as the pursuit for success is almost always worth it — at least that seems to be the general conception of first-feature-filmmakers Tyler Nilson and Michael Schwartz. It’s an endearing thought — achievement without limitation —  but one that doesn’t ring true to its entirety because there’s almost always something holding us back in the pursuit of greater things.

In hindsight, The Peanut Butter Falcon thrives on overcoming each obstacle that life throws at its characters, and it finds room to make sure that even the direst circumstances aren’t worth succumbing to because there’s always something brighter beyond. It’s that very idea that Nilson and Schwartz instil in this very forthcoming buddy-up dramedy about two guys finding their footing in a world that doesn’t really want them to.

But there’s something empowering about seeing people go beyond the limits that are out of their control and that others continually remind them of; in protagonist Zac’s (Zack Gottsagen) case, Down Syndrome isn’t going to hold him back from pursuing a career in wrestling. After he escapes from a retirement centre in the dead of the night — courtesy of the sharp, but frail Carl (Bruce Dern) —  Zac sets his sights on finding the wrestling school of Salt Water Redneck (Thomas Haden Church), a wrestler from a VHS tape Zac would watch multiple times over. Much like Zac, broke crab fisherman — and now an equal stowaway — Tyler (Shia LaBeouf) finds himself on the run, but unlike Zac, it’s due to a mild arson of crab fishing goods owned by the severely underwritten Duncan (John Hawkes).

Where the film begins to find its footing is right when Zac and Tyler find theirs — when they meet in the thick of a swampy boat chase. Like with all great companion films (Rain Man) and not-so-great companion films (Dumb and Dumber), the payoff comes in seeing the two leads bond and begin to realise that amongst the turbulence of their situations, they are all that they’ve got. It’s in these tender moments (be it the gradual float downstream and slight slapping of each other’s faces, to the cathartic chatter around a fire) that Zac and Tyler learn more about their place in the world and the role that they now play in each other’s lives.

When Nilson and Schwartz keep their audience in Zac and Tyler’s self-made and intimate bubble, there is reason to forget the looseness of what is a very peculiar plot, but when the film attempts to step back and address some of these more deep rooted concerns (i.e. Tyler’s difficulty coping with the loss of his brother Mark — who is seen through minor flashbacks and played by Jon Bernthal) it loses crucial steam that it could be using to fuel more of Zac and Tyler’s more subdued bonding moments.

As for Zac’s carer Eleanor (Dakota Johnson) who becomes thrust into a search and save mission after failing to keep Zac confined to that retirement centre, she brings a new element of understanding to Zac and Tyler’s relationship. She not only acts as the paternal presence missing in Zac’s life, but she also acts as a voice of reason in a seemingly unreasonable environment filled with fractured personalities all fighting for survival — or simply a second chance. Ironically, Eleanor happens to be one of those personalities, and right from her introduction and the reserved performance of Johnson, it becomes apparent that she is much more complex than Nilson and Schwartz would have audiences believe.

The Peanut Butter Falcon (on a more socio-political level) aims to bring people who haven’t been accounted for by the social justice system, together, and it serves to remind those that are on the more fortunate end of the spectrum just how blind an eye that system has turned towards those people. It’s easy then to see why someone like Tyler would have been appealing to Shia LaBeouf who was a victim of Hollywood’s own egotistic operations. Even for someone like Zack Gottsagen and people of disability who Hollywood don’t offer the same avenues for inclusivity to take on these roles. The Peanut Butter Falcon brings those people together and gives them the choice to take risks with these characters (and the characters themselves), that otherwise they wouldn’t be able to.

The Peanut Butter Falcon might not resolve the deep rooted concerns that limit growth or refuse to let people offer something to the world, heck, audiences might just be in it for the oddness of the title, but if Zac and Tyler’s relationship is anything to go by, nothing’s ever certain. What is certain is that all we have is each other (for better or for worse), and it’s how we make the most of those moments that counts.