A Prickly Rose Ceremony on The Bachelor Ep 5 Season 5

It’s time for Bachie Recap Ep 5: The Ep they left us on a cliffhanger! I’m not mad, I’m just disappointed. Okay, a little mad, but let me get there.

First off, Osher arrives to the house WITH A SINGLE DATE CARD. Yup, he just poofs out of thin air and the girls still can’t figure out how he does it. Much wow. Many why. We’re treating to some quick shots of the girls that are definitely getting booted. Who is Sian? And who is Sharlene?!?! I swear she hasn’t been here this whole time, right?!

Instead of downing the scotch like any human with half a brain not to audition for a reality TV show would, she decides to join Bachie jumping to her death. Unfortunately the mission failed, even after self-deprecating herself with sweet nothings like ‘Abort mission you stupid bitch’ and her ironic (!) choice of a Muse t-shirt, and the pair land safe and sound on land.

Meanwhile at the house, Coal Miner Cobie and Georgia Love 2.0 unpack the mindboggling fact that they’re sharing a boyfriend.

But back to escaping death, Exotic Florence and Bachie are playing handsies in ice-cream for some reason. They then discuss important questions like Exotic Florence having an Exotic Family in Amsterdam keeping her from fulfilling her womanly wish of tending to her man’s home country. She raises her eyebrow, which is Bachie language for kissy kissy time. She leaves the date with a rose.

Returning to the house, Coal Miner Cobie, Georgia Love 2.0 and Non-Intruder Elora sh*t themselves at the physical evidence that their boyfriend is swapping spit with other chicks.

Let’s skip to the next date.

Osher announces there’s no group date, but a double date which will leave one girl booted. Jennifer de Vil is seething and gets the medicine she deserves coz she’s on that date card… with ‘Your Dress is Putrid’ Liz. Jennifer de Vil starts fake crying BUT instead of consoling her fellow Bitchelorette, Fifty Shades of Leah throws some shade, saying Jen’s putting on an act. Even the bitches don’t have each other’s backs?!

We jump to a psychoanalysis of Jennifer de Vil and ‘Your Dress is Putrid’ Liz‘s ‘best and worst traits’, as  Bachie’s choice of small talk. Jennifer de Vil cites the budding friendships as her favourite part of living in The Bachie House. Here’s hoping they arm wrestle.

Bachie then takes the girls one by one to decide who gets the boot. Jennifer de Vil puts on an Oscar-worthy performance to rival Fifty Shades of Leah‘s, and oh god we discover SHE’S AN AUNT. Bachie’s fallen under her Fake Sensitive Spell and Jennifer de Vil nabs a rose.

Now to‘Your Dress is Putrid’ Liz. Bachie asks if she wants to fulfil all her womanly dreams and desires and reproduce with him immediately. She says her parting words and gets in her Elimination Limo. Bachie breaks the news to Jennifer de Vil who cracks a terrifying smile. 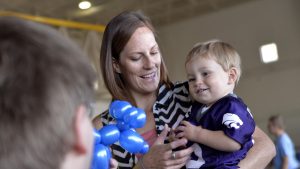 Pictured: Not ‘Your Dress is Putrid’ Liz’s life dream.

Everyone is gobsmacked when Jennifer de Vil returns to The House. Unfazed, she milks the spotlight, insinuating she even macked on with Bachie but the girls see right through it.

Sian has had a few emotional bevs and is complaining about not having talked to Bach even though all she needs to go is go over and talk to Bach. Sharlene is talking. Wait, hang on again. WHO is this Sharlene, again?!

Sian has a drunk breakdown on camera, says she doesn’t care, then cries to show she does. A producer that within 10 seconds of accidental camera time is already a better contestant than both Jennifer de Vil and ‘I Don’t Care’ Sian combined consoles her in the bathroom and tells her to go and talk to the Bach.

Bachie helps get her feelz out.  ‘I Don’t Care’ Sian says the process of finding genuine love on TV is hard, but says she doesn’t want out. Bachie’s giving her the boot anyway.

He puts down the next rose.

And the camera cuts to three haunting words: ‘To Be Continued’.

Someone tell me Jennifer de Vil gets her rose withdrawn. 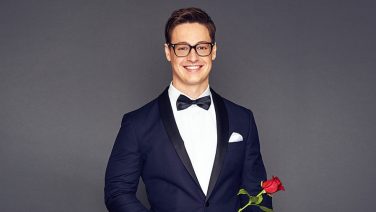 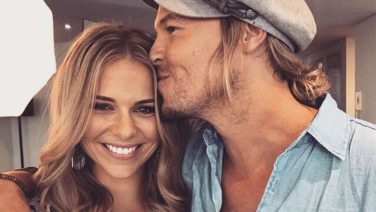