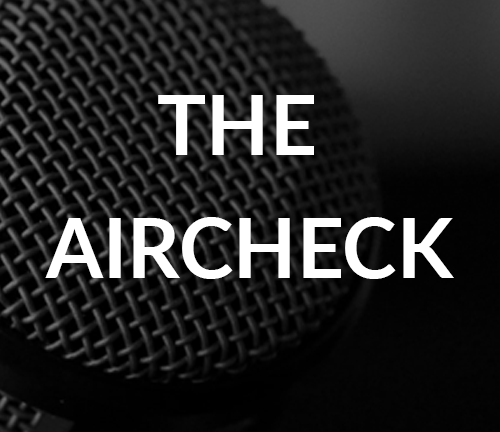 Soooooooooo you’ve plucked up the courage, put yourself out there and asked someone in the commerical or public radio industry if they can give you some pointers on how to get a job. And they’ve asked for the infamous aircheck.

Before you start to freakout, like ‘what is an aircheck, even?’, keep in mind that the best way to learn how to build an aircheck is to start building a framework that works for you and to be prepared to edit this along the way. Getting a job in radio does take a little bit of guesswork but an developing an ‘aircheck’ or ‘demo’ is definitely the first place to start.

To start off, I’d have a listen to the airchecks of former SYNners who’ve gone on to get jobs in radio.

Nat did a lot at SYN and now works on Triple J Unearthed and looks after some extra shifts now and then.

You’ll notice that these airchecks aren’t a full record of their work, rather these are attention grabbers, reasons for Content Directors (the people who are in charge of shows and hiring people) want to hear more.

You’ll also see that airchecks are a mixture of many on air breaks, this is to show texture and diversity in content. It is also good to show how you work solo and in a team.

One way to demonstrate how you are working in a team is to show your ability to contribute to a segment as a ‘driver’ and a ‘responder’.
A driver is the person in a team who leads the discussion in a segment, they intro it, move the conversation along and end the segment. A responder is the opposite but is someone who actively seeks to lift the driver up and help them deliver a great segment.

Also take into consideration the market and audience of the radio station that you’d like to send the aircheck to, what have position descriptions described as their target audience and what is important to them? This can help you when you’re thinking about what to include and cut from an aircheck.

Some airchecks include a portion of a interview segment, either a question and answer or a really stand out unique point in an interview works well. You don’t need to include a whole interview.

Some airchecks also include a soft music bed that runs under all of the component pieces to provide some flow to the aircheck but these aren’t essential.

A helpful three step process to keep in mind when going through the process of developing and sending airchecks is as follows;
Number one, give the person who is listening to the aircheck what they want (see the above paragraph).
Number two, time (there is no hard and fast rule here but 3.30 seconds is beautiful) you don’t need to include a full segment but you want to start to build a picture of you as a presenter.
Number three, ask for feedback and always be working on your next air-check, reflect the feedback in your next aircheck.

If you need help using audio editing software like Adobe Audition, a great place to start is to watch this short series on how to use Audition  but also come by the House of SYN and have a chat to the Content Development Coordinator to get some help with development and feedback! Just shoot an email to [email protected]