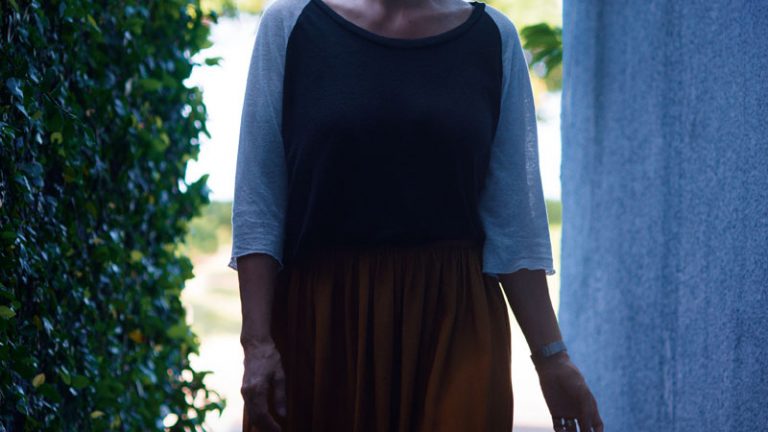 The film opens in 1980, where Clara lives with her family in Aquarius, an elegant nineteen forties apartment on the beachfront of Recife, a seaside town on Brazil’s east coast.

During a family celebration, it is revealed Clara is a breast cancer survivor.

Flash forward thirty-six years, Clara is a 65-year-old widow, addressed as Dona Clara, who faces disaster when developers threaten to tear down the old building and replace the Aquarius with a modern luxury condo.

As the last remaining tenant, Clara is faced with increasingly sizeable offers from the company headed by Diego, a young ambitious business graduate.

Attached to the apartment’s sentiment and memories, Clara refuses to leave despite obvious pressure from her three children, who are keen to bolster their wealthy late father’s inheritance.

So begins an epic battle against the developers to retain her apartment block, where Clara faces a series of harassment, intimidation and abuse from Diego’s company in a bid to force her out.

Director Kleber Mendonca Filho spends much time delving into detail, often with intimate close-ups portraying Clara’s everyday life and the close relationships she develops with her family and long-time housekeeper.

Clara’s deep passion for music and eclectic taste ranging from samba to Queen is often depicted through her dancing alone in the apartment to various vinyl records.

The film’s opening sequence reveals Clara models her life on Aunty Lucia, the adored 70-year-old aunt with a girlish appearance and long hair.

As the film progresses, the women’s passion for life and their legacy appears to be passed on to Julia, the young girlfriend of Clara’s nephew.

Aquarius also highlights the deeply entrenched societal divisions in Brazil through its portrayal of racial tension, class conflict and family.

In a scene where Clara and her housekeeper confront Diego, the young businessman bluntly states it would have been hard for Clara and her family to achieve success due to her dark skin.

Audiences are shown multiple facets to Clara’s character, where her formidable manner and appearance is matched by an equally vulnerable side and pain from her past.

The nightmare scene where a maid-thief recurs in Clara’s dreams is a revenge of sorts, as Clara is shown to have a lifelong habit of deriding servants and speaking as if they were invisible.

It can be argued Aquarius is a metaphor for Brazil and the country’s contemporary political tensions.

The film’s debut in the Cannes competition last year was accompanied by cast members protesting Brazil is no longer a democracy.

Aquarius ends in a rather abrupt and unexpected manner, but nonetheless paints a superb portrait of a woman who defies the boundaries of age and time.
Written by Caroline Tung