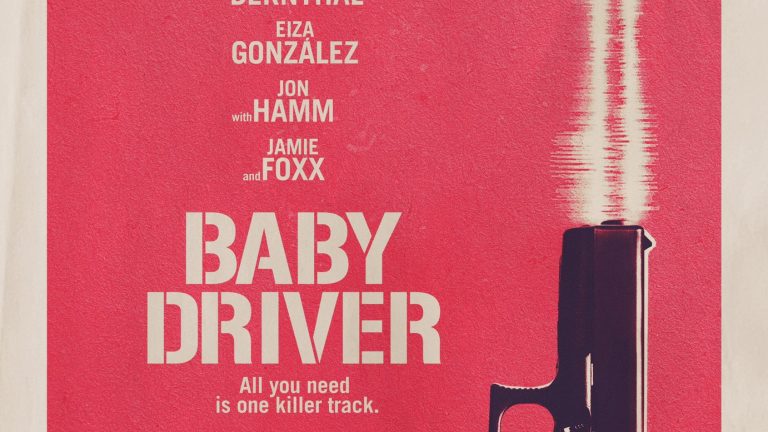 Do you like music? Do you like action? Do you like fast cars speeding around and crashing which isn’t Fast and the Furious? Well this is the film for you!

Baby Driver is the new love child of Edgar Wright, known for his smash hit Cornetto Trilogy, including Shaun of the Dead, Hot Fuzz, and the other one we don’t really talk about, World’s End. Baby Driver sheds Wright’s former acting duo, Simon Pegg and Nick Frost, replacing them with rookie actor Ansel Elgort in the lead role of Baby, a getaway driver. Alongside Elgort is an all-star cast which beefs up an already tantalizing film, including Kevin Spacey, Jon Hamm, Jamie Foxx and Jon Bernthal. Next to Elgort is also love interest Debora, played by Lily James. It might not seem like a big deal, but honestly one of my favourite things about this film is that the love story is actually good. It doesn’t feel forced, and is projected in a totally realistic and understandable way; if realistic is driving cars and robbing banks of course. It seems like a small detail, but so many films nowadays overcomplicate their love stories, or just create awful nonsensical ones.

Baby Driver is pretty much a movie length music video, which isn’t a bad thing. Nearly every action, such as doors slamming, guns shooting, and tires screeching, are done to the beat of the music playing at the time. Everything is timed perfectly, and you can tell the care that has been put into making it. This in itself resonates very well with me, as although I don’t rob banks myself or have an ear problem, I understand where Baby is coming from. I love having music go to the beat of what I’m doing, and if it’s not, I’ll change what I’m doing so it is to the beat. The motivation of Baby is clear, with exposition being simply dropped through conversation, or through snippets of artistic flashbacks. You really feel for baby, as you know his struggle is honest and important to him, not just some unmotivated kill fest. The important thing this film does really well though is the characters. They’re written well, and there comedy is perfect, timed with the music and beats of the story. I don’t laugh out loud often in films, and if I do it’s if a lot of people are around, but for Baby Driver there was only about ten of us, and we we’re laughing all the way through.

Good characters are likeable, and mean characters are likeable, that’s how convincing everyone in the film is written and acted. Of course, special mention needs to be given to the star, Ansel Elgort. Known for Fault in our Stars and the Divergent Series, Elgort has really come out of his shell in Baby Driver. His performance is perfectly timed, down to the second with his movements, and all in all is an enthralling display of acting. Even minor characters in the film are well made and funny, like the post office lady and the old lady Baby hijacks. The music isn’t the only production value which shines in this film. The long shots and actual shooting of the music based scenes are easily standouts in the film, being the most exciting and tense, as well as just a jam session.

I found the start of the film quite segmented. However it works in the grand scheme of things in setting up the world that Baby resides in clearly. The film also has some shocks in it, which I wasn’t expecting, such as truly brutal violence at times. The film doesn’t take no nonsense, meaning nothing is taken lightly or played out unrealistically. Baby’s and the other characters’ fates, as bank robbers, do not end riding into the sunset.

All in all the film is just a fun time, and is one of the few that you’re simultaneously holding your breath, laughing and going, “wow, how did they do that?” The overall production values are top notch, making the film look sublime. The role of the antagonist changes constantly, meaning it’s never just one person. This adds some real dimension to characters, showing like people, they can change. Some great throwbacks to Wright’s older projects are put in, including one relating to the music video the film is based on. I highly recommend this film to nearly anyone. If you just want a good time with a bunch of laughs with a killer soundtrack, and can put up with some brutal violence, this is the film you didn’t know you were waiting for.