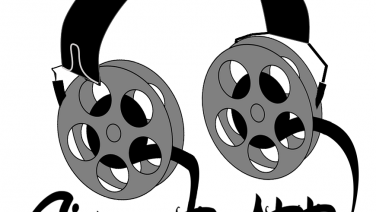 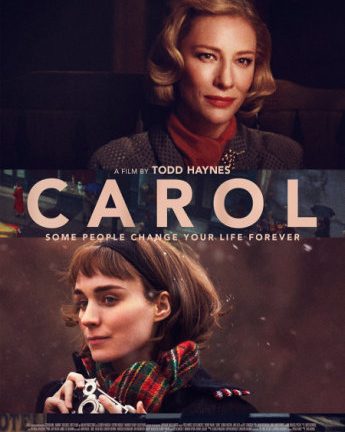 Carol – the latest film by Todd Haynes ­– premiered at the Cannes film festival in the middle of 2015 and it’s taken until now to hit our screens. Based on Patricia Highsmith’s novel The Price of Salt – it tells of Therese Belivet (Rooney Mara), a young shop assistant and aspiring photographer who falls in love with an older married woman, Carol Aird (Cate Blanchett). Set around 1953, it’s a heartfelt story of love and left me totally in pieces, despite the fact that I’d already read the book and knew exactly what was going on. Adapted to the screen by Highsmith’s close friend, dramatist Phyllis Nagy – now nominated for an Oscar – the film makes a few changes to the book, but the underlying feeling and resonance remain the same.

A large part of this success must no doubt go to director Todd Haynes, one of the faces of the so-called “new queer cinema” of the 1990s, and whose films include Safe (1995) and Velvet Goldmine (1998). Many if not all of his films deal with tenderness and vulnerability, and are generally infused with meticulous production design and heightened emotion. I think he’s a perfect match for Highsmith’s only romance novel, and indeed he brings together so many elements from the look to the sound to the acting so masterfully. What’s particularly unusual about this film for Haynes is that it’s the first one he’s made that he didn’t also write – so it’s great to see that he pulls it off so well.

Haynes has admitted to taking visual and sentimental cues from Brief Encounter, another excellent film about forbidden love. Directed in 1945 by David Lean and based on a play by Noël Coward, it’s the story of two people who meet at a train station and fall in love – the only problem being that they’re both separately married. It’s ostensibly a condemnation of the type of society that forces people into marriage and shuns divorce to the detriment of true love, so it’s obvious to see why Haynes has chosen this as a major point of reference.

Shot in 16mm, Carol has a grainy look that adds a more personal feel to the film, almost as if it’s a home movie that you’re witnessing right there with them. The period detail is spot on, from the clothes to the décor to the colour scheme, and this scrupulously-constructed world acts as a gorgeous foundation for the characters to live in and for the story to unwind in.

Carol also features a beautiful score by Carter Burwell, who’s worked with Haynes before and has also worked with Spike Jonze and the Coen Brothers, and also recently did the score for Charlie Kaufman’s new film Anomalisa. It’s dramatic yet soft, providing a fantastic counterpoint and backing to the visuals without overwhelming or manipulating. It’s in a minor key but manages to be uplifting and warm, much like how the film’s visuals seem cold but have so much hiding behind them. Listening back to it evokes so many specific points of the film, but more importantly so many specific emotions of the film – and there are so many.

Interestingly, some people have conversely complained that the film lacks emotion, that it is cold and unfeeling – but I would say that what it really is is restrained. And there’s no denying that it is restrained – deliberately so, I would argue – but only on the surface. As mentioned before, the book and film are set in the 1950s, a time when homosexuality was forbidden and taboo. So the restraint is not only a dramatic storytelling technique, but a necessary period detail, and of course a necessary reaction in a time when the kind of emotion these two women felt was openly reviled.

In fact, when the book was published – under a pseudonym, no less – the convention at the time for any queer literature was for the characters to either suffer a tragic conclusion or end up “denouncing” their sexuality. However The Price of Salt was incredibly controversial at the time because – not to spoil the plot – it quite defiantly did not do that. It’s such a seemingly mundane detail today but at the time it was most definitely something shocking.

For the same reason, the plot itself is not particularly revolutionary. In fact it’s probably one of the most mundane types of romance plots. But in placing its characters within this wholly regular format, what it is doing is in fact legitimising their identity – so the conventional plot structure is in fact allowing the characters by extension to exist within a conventional social structure as well.

To paraphrase an interview Cate Blanchett recently gave, Patricia Highsmith is known as a crime writer, but in this book, the crime is love. Indeed, the primary connotation Highsmith elicits is the prolific author of crime thrillers, many of which have been adapted into films, like Strangers on a Train and The Talented Mr. Ripley. Yet here, her trademark succinctness and psychological scrutiny are turned towards what it’s like to be in love, and more than that, to be in love in a world that does not permit it.

The book is written in third person, but it’s written from Therese’s point of view. So all the emotion behind the restraint is made explicit through the voicing of her thoughts and the probing of her mind, while the actions remain as seemingly cold and emotionless. But in the film, there’s no easy way to convey that emotion that lies behind the restraint, and so what we’re left with is the restraint itself, while the passion behind it all is left unspoken. This means that it has to be conveyed visually, and as a consequence every look and touch, every shot even, is infused with meaning.

The camerawork is intentionally very voyeuristic, with a lot of shots looking through windows or of characters looking through windows, or shots through doorways or corridors with walls in the way, and shots that focus on people across rooms, and so on. Add to that the fact that Therese is an aspiring photographer and you have the symbolic and visual voyeurism at play again. And again, in the book, Therese is not an aspiring photographer but an aspiring theatrical set designer, so the emphasis is shifted to artifice and fantasy, something that is so much better conveyed with the written word.

This focus on Therese that the book has also means that our perspective of Carol is essentially filtered through Therese, save for a couple of letters that Carol writes. Again, this kind of unilateral characterisation would be almost impossible to achieve in a film, and so there’s a lot more of a balance in the focus on the two characters. We get to see Carol’s personal troubles first-hand and we get to see her as a full character, and not just as the object of Therese’s affection and desire. What made the book powerful was the overwhelmingly one-sided yearning, but in the film we get to see just how vulnerable Carol is herself, and that adds a totally different way of understanding the narrative. Full credit must go to screenwriter Phyllis Nagy for providing such a seamless adaptation.

There’s a couple of sections of the story that as a result have a completely different, like their first meeting and a very pivotal scene in a house party. In the book, their first interaction is very brief, very aloof and very unassuming – but it’s enough to create a seed of longing that steadily blossoms as the story develops. It’s love at first sight. In the film, though, this conversation is fleshed out, practically verging on flirtation so that the connection is immediately strong and allows the film to progress straight away. The house party is too difficult to describe without giving anything important away, but I’ll just say that strangely enough, it’s dealt with in almost a completely opposite way to their first meeting.

Overall, while the film and book diverge in certain aspects, the fundamental elements are all there. They’re both brimming with emotion, and they’re both beautiful and expertly crafted representations of falling in love. Absolutely wonderful.

P.S.
Together with Tangerine it seems 2015 was a good year for dysfunctional Christmas romances! 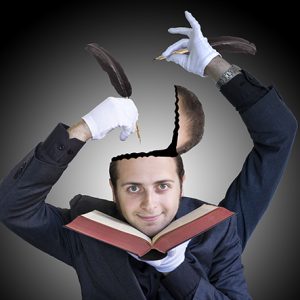