Review: Come Away with Me to the End of the World, Ranters Theatre 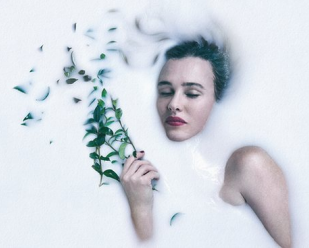 Come Away with Me to the End of the World by Ranters theatre was a series of conversations between nameless characters on stage. The actors seemed to be playing nobody or themselves – they talked of seemingly random things like their trip to Japan or the Italian dance classes they were taking, or meeting someone while going for a morning jog. Some of these conversations were mundane or even boring, some were absurd and surreal, some were long and winding, some were very short, and some conversations ended in song. These conversations were spoken over a soft backing track of ambient instruments and sometimes bird noises, which I found calming and it made the conversations easier to listen to. To my understanding, Come Away with Me to the End of the World was at least partly an one dimensional exploration of culture and/or travel seen though a white lens, most conversations centered around travel and experiences with other cultures while abroad, or experiences with other cultures that happened locally. Of course I felt like that was only one element of the piece, since there was many other conversations centered around things that did not involve travel and other cultures.

The set was confusing and abstract, it began de-constructed and bare – it was made of a purposefully small and simple back drop of a forest, and card board cut outs of something that was indistinguishable and other objects and set pieces on the perimeters of the stage. The set was then built by the performers during a conversation, the cardboard cut outs were small mountains and they scattered the stage, the set design was interesting but I found myself struggling to find meaning from it, I felt similarly to the whole play, although it was entertaining and a lot of the time amusing and funny, I found myself a points bored and my mind wondering off thinking about other things. I did not find a clear or strong message or meaning within the play and I found myself constantly having to fight for it in the beginning. In the end, I just sat back and let it be what it was and had a fun time laughing along with the performers telling their kooky stories.

Come Away with Me to the End of the World by Ranters Theatre is showing from the 5th to the 24th of July at The Malthouse Theatre, Southbank.

Tags: Art Smitten, Australian theatre, Come Away with Me to the End of the World, Malthouse Theatre, Ranters Theatre