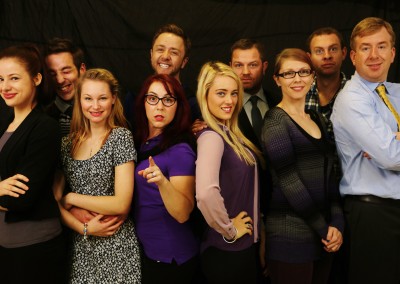 Written and directed by: Phillip A Mayer

An original one act comedy/drama performance by Phillip A Mayer, Couples follows the journey of four vastly different married couples who have descended on the peaceful country setting of the Paradise Valley Couples Retreat for a weekend of relationship therapy.

Performed by Here There And Everywhere Theatre Co, who are based in Gippsland, the small production is short and sweet. It follows the four couples, some of whom entered the retreat willingly and others more begrudgingly, as they spend a weekend together, stripping away the fat of their relationships and taking a long, hard look at the bones. The four couples are broken down into stereotypical marriages; the Duncans, a slightly botanic couple from Cranbourne, the Bested family, a new age pair of newlyweds from Fitzroy, the Williams, a slightly mismatched team of a powerful lawyer and her meek husband, and the Parnells, a rich, Toorak-based power couple.

The play unfurls in the form of a group counselling session, manned by Dr Bialy and his wife Jessica, who gently poke and prod the couples into revealing their most embarrassing secrets, their darkest fears and their greatest hates about their partners. Whilst occasionally the plot makes reference to a fact or event that does not quite make sense to the narrative, and the occasional breaking of the fourth wall and direct eye contact with the audience feels unnecessary and immature, the play is neat and tidy, shot through with moments of hilarity and tense, dramatic conflicts.

Not all relationships end as sturdy and intact as they were at the beginning of the play, and Couples represents the turbulence, unpredictability and genuine love that can be found in marriage.