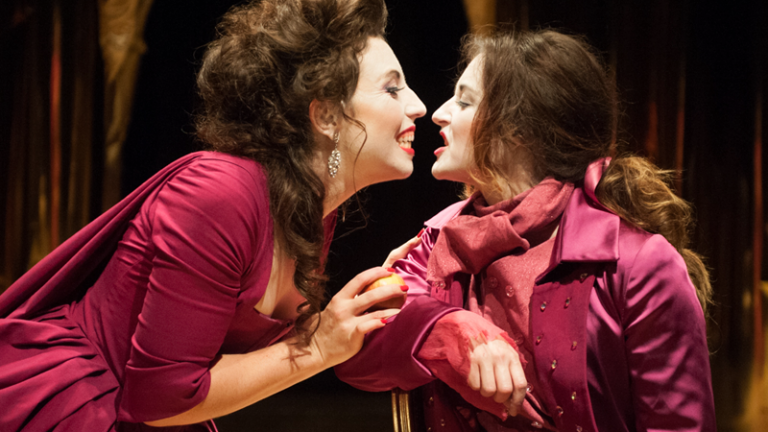 Dangerous Liaisons by Little Ones theatre is a theatrical adaption of Pierre Chodelos De Laclos novel. The story takes place in France in the 1700s, It’s a long winding story of revenge and seduction. Two ex lovers have plans for revenge and humiliation; they try to out do each other in an attempt to dominate one another.  Little Ones theatre originally staged this in 2014 at MTCs Neon festival, since then it has toured across Australia to Darwin and Brisbane and has won and been nominated for multiple awards, and is now being restage at Theatre Works in St Kilda.

The set design and costume design was stunning and striking. It was a beautiful pallet of gold’s and pinks. There were shimmering golden curtains draped from the ceiling surrounding the space, with a sparkly golden floor with golden elaborate period couches. All the other props were consitant witht this colour sceme, all coloured gold, they appeared to be spray painted. The costumes were all period and lovely shades of pink.

The script was very dense and wordy, which the actors and director were up for the challenge. The direction was superb, it was intricate and precise. The actors held together and delivered the script in a phenomenal way, you could tell how well they knew their character and what their intentions were.

This play spoke about complex issues around gender, manipulation and seduction though the lens of Little Ones camp, raunchy, theatrical style. It was extremely entertaining and fun to watch and be apart of.

Although it was beautifully designed and performed I did take deep issue with part of the story. There is a part in the play, towards the end, were one of the male characters quite blatantly sexually assaults a woman, who to my understanding is quite young. It is played as comedy and is brushed off quite quickly, which I found very uncomfortable and it a later scene it was suggested that it was consensual, which I just didn’t believe, it seemed to be like coercion, which was deeply upsetting. I’m unsure if little ones was trying to make a statement about sexual assault in some way with this scene, but it did not translate to me at all, if you’re going to take a path of making a stamen about sexual assault through satire, which is a rocky path to begin with, it must be overt, and obvious that you are no condoning the actions of person who committed sexual assault.  I don’t have an answer to what Little Ones were trying to say with this scene, but I must say that it did offend me, and I would like to know the answer.

Dangerous Liaisons by Little Ones theatre is showing at Theatre Works until August 20th. 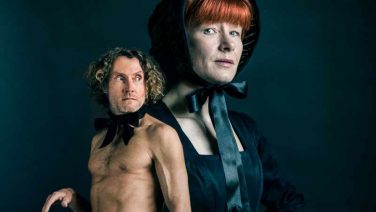 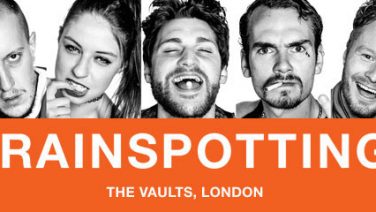 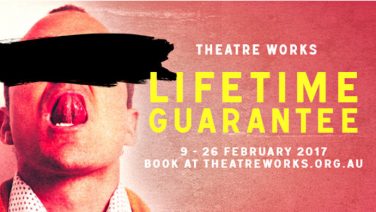