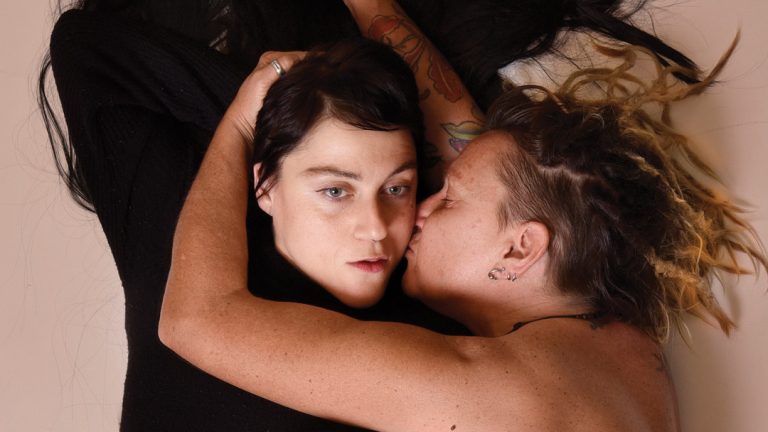 There will be some mildly sexual language and content throughout this review. If that might be a problem for you, tune out for the next five minutes or so – but, you’ll be missing the breakdown of a great show.

A live band of sorts, and performance goes with the music

Duets is a show that will probably take you out of your theatre-comfort zone, unless you usually attend shows that include women performing suggestive acts with a banana and a tomato, or men in sequined morph suits gyrating to music, wearing enormous strap on dildo’s. It is the second in a series of productions by performance troupe The Stain. Jo Franklin, in an interview with La Mama, suggested that the Stain’s full title and job description should be ‘performance art live music ensemble’. Duets is directed by Maude Davey, and the brainchild of the Stain core group Francesca Sculli, Jo Franklin and Gen Berstein. They are accompanied in the show by Harpist Genevive Fry, performance artists Sarah Ward, The Huxley’ and Paula Russel. This is complimented with a haunting soundscape from Nat Grant, lighting design by Simon Coleman and set construction and props by Herbz.

The bio for the performance reads that it is set in ‘an underground world marred by the spoils of life’. The set reminded me of the party Neo attends in the first Matrix movie, as he follows the figurative white rabbit. Dark, smoky, sweaty, and indeed, this world the Stain are about to take us into with Duet’s is very alike to falling into a bizarre wonderland. Plastic sheets, the kind Bateman lines his apartment with in the famous American Pyscho  murder scene, canvas the walls of the small theatre.

The chairs for the audience are essentially a part of the stage. The drum kit and mics are so close to the front row that there is a very vague distinction between audience member and performer, especially when the performers make a point of roaming behind and into the audience at times, demanding your attention.

There is a fantastic light show, and the dancing lasers scramble your conception of any stability or normality in the universe of the show. Francesca and Joe, the key performers and singers, do not merely sing, standing still behind a mike, but gyrate, stare, gesture. There is a comedy to their performance, but also a deep seriousness, and the atmosphere is thick with an almost undetectable tension – I found myself deeply immersed in their world, the world of the steamy club party and exploration of sexuality, interrogating aspects of it constantly.

It is very clear that you are being taken out of your world and plonked down into a place which remembers and mimics things that are present in our own – love, sex, television, pop music, dance – but is not really them, rather, it is a place that subverts them, makes them ugly, beautiful, sad, silly, elegant or deranged, most obvious in their many adaptations of popular songs, warping and moulding music from artists such as Gotye and Rihanna.  It is over the top, confronting, but given that life can so frequently be overwhelming and bizarre in all its aspects, I believe Duets captures and champions this fact.

The show bears watching a second time – I do not think I gleaned too much of their message from the first viewing, perhaps so overwhelmed and engaged with the theatre of it all, and the sheer fun of listening to good, interesting live music. What I do know is that Duets is trying, both lightly and desperately, to examine the intensity of a human connection. And, while I believe they examine this most overtly through a sexual connection, this I can believe is also highly symbolic of other modes of desire, and the accompanying human flaws and compromises that can ruin any fantasy.

The element that moved me the most was Paula Russel’s dancing. She dressed in a white flowing garment, and danced wildly around with a silly glint in her eye, beckoning us through the door and to our seats for the evening. She served as a kind of glorified roadie, changing over instruments and clearing the stage in a hyper energetic, twirling fury.

In the dying moments of the play, she appeared on stage, after all the other performers and musicians had vacated it. I only expected her to do something silly, light, comedic, to see us off for the evening. I was so presently surprised when she presented us with a full ten minute, highly choreographed dance, that was elegant, fractured, quietly sad but also defiantly optimistic

It’s importance was accentuated given her capacity in the performance leading up to this point had been secondary, a relief character of sorts – a character that had been there from before we had even sat down, a person we had taken for granted and assumed to be unimportant. It was wonderful to have these expectations subverted, in that she proved to be one of the most compelling aspects of the performance, in my mind.

Catch Duet’s at La Mama theatre, where it is showign until the 14th of August. Bookings and more info at lamama.com.au. 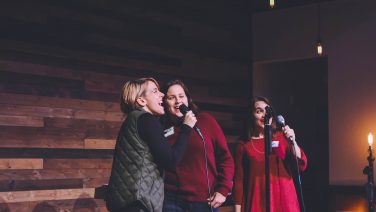 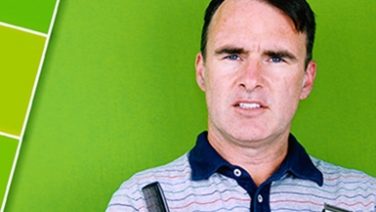 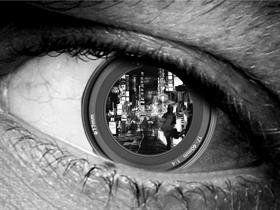