Review: Being a Good Person is Bloody Hard Work 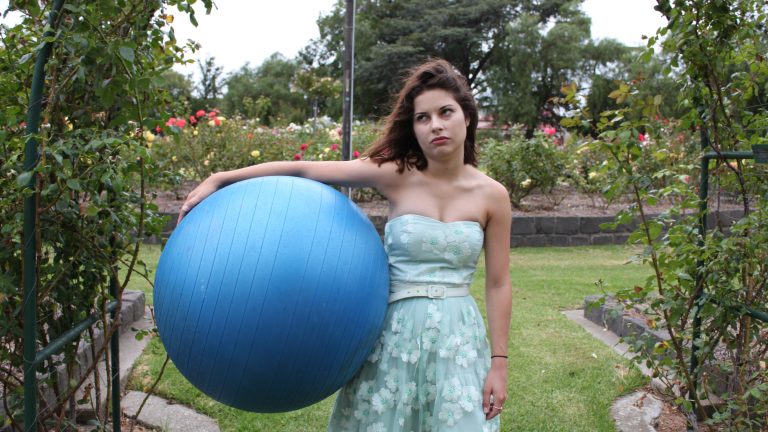 The one person show is an exhilarating performance for both player and audience. For one, the performer is completely alone on the stage and must accept the accompanying pressures and risks. There is nobody to pick up the slack if the performer forgets a line, bumbles a scene, loses energy or has an attack of self doubt. If the audience reacts poorly to a line, or to a scene, or an act, there is nobody else to share the mortification with.

And yet when the stage belongs to one person, that person claims the full attention of the audience. This is so valuable, as nuances of body language, lines, timing, which might be diffused by many bodies on the stage are made far more powerful. It also means that audience laughter, applause, and anticipatory silence is the sole victory of the performer.

The audience can detect the high stakes, and is intoxicated with the adrenaline and energy on stage. This energy allows the performer  to retain control of their attention and emotion, independently, for an entire performance.

For me, the one woman show Being A Good Person is Bloody Hard Work, does not divert from this highly charged mould of the one person play. Nicole McKenzie, the artist behind the piece, has created a one hour performance which I might compare to the experience of holding onto a rollercoaster without belt or safety bar, while someone is telling you jokes.

McKenzie plays the character of  Nicole, a student, working part time and living in a Fitzroy sharehouse, who is obsessed to the point of mania with the question of what it means to be a good person. Nicole’s commentary on contemporary metropolitan and suburban Australian morality cascades with exponentially increasing speed and frenzy through the issues of recycling, vegetarianism, veganism, environmentalism, social media, fair trade goods, socialising, exercise, study, work, family, political correctness, haircuts, wine, wine, brie cheese, and more.

The show is a comedy laced with serious undercurrents, and while Nicole the character is a satirical, hyperbolic study of the manner in which society approaches these topics, in many respects she isn’t far off from the reality. Indeed, how long will it be until there isn’t a cafe in Fitzroy which isn’t Vegan?

McKenzie’s only props are a blue exercise ball, bag of popcorn, bottle and glass of wine and plate of brie cheese, as well as a costume change which I won’t reveal. She is accompanied by an economically deployed audioscape of sound effects and dialogue, which I found deepened the atmosphere without being heavy handed.

The brilliance of this performance was the manner in which McKenzie navigated her bag of characters. One woman does not mean one identity on the stage, and McKenzie produced ranks of characters as easily as changing coat onto the mannequin of her body.

The speed and agility of this was like watching an artisan blowing glass. It requires perfect timing, discipline and clarity of movement. One character cannot behave the same as another, because there is nothing but movement and tone of voice to make each person distinct, given there is only one body on stage to use. The scenes between the many, many characters were well written and witty.

Yet for me, the most amusing aspect was watching McKenzie artfully converse with herself as different characters, starting the scene as Nicolle, then  shifting within nanoseconds perfectly and totally into her new identity, and then back again. She has truly mastered this aspect of physical comedy and knows her characters and scenes to the letter.

The play seems to revolve around a repeated scene, of Nicole being interviewed by an unnamed, overly nice bureaucrat of some sort, marking Nicole on the moral goodness of her behaviour. Does she recycle? Does she follow the precise instructions? No…? Hmmm. Marks off. The interviewer, a crowd favourite for her comic timing and unsubtle undermining of Nicole, is one of the most complex characters in the play.

The nagging nature of the interviewer, and her appearance, manifest in Nicole’s own body, seems to imply the interviewer is Nicole’s super-ego. However, the device of the interview makes this interviewer distinct from Nicole’s mind, external in at least some respect. The interviewer is marking Nicole on her goodness, and I couldn’t help imagining a jaded, female secretary of St Peter, sent to earth to judge people in preliminary investigations before there final exam at the pearly gates.

In terms of the negatives, there isn’t much that could turn one off this performance, unless you are totally against crowd interaction. Then, just don’t sit in the front row.  During the performance I attended, McKenzie stumbled only once over a line, from which she recovered automatically and without losing momentum. Frankly, from a relatively young performer, and a show which requires such energy and physical exertion to perform, without break, for an hour, I expected many more mistakes. Indeed, the mistake proved to me that she was not a theatre robot sent from the future to bring chaotic silliness to Melbourne suburbia.

I rate the performance 41% morally good, or, four and a bit out of five. Go see it, it’s only got one more night left in this run, at Hares & Hyenas (63 Johnston St, Fitzroy) on Thursday the 23rd at 8pm.