Review: The Homosexuals, Or Faggots

The Homosexuals, Or Faggots, is a new stage production at the Malthouse written by local theatre maker Declan Green, of Sisters Grimm, and directed by Griffin Theatre Companies artistic director Lee Lewis.

I’ve been a fan of everything I’ve seen of Declan Greens works, and The Homosexuals, Or Faggots is no exception.

It is a contemporary farce, set in a luxury apartment in Sydney owned by a married gay couple Warren and Kim,  played by Simon Burke and Simon Corfield, Kim and Warren are both white cis gay man, Warren is a journalist and Kim is a university lecturer on gender. The events of the play take place over one night, during mardigra, Warren is setting up to do a photo shoot with a young male model Lucacz, played by Lincoln Younes when Kim unexceptedly arrives home from a conference after being ‘cyber bullied’ by a student Bae Bae played by Mama Alto, Bae Bae, publicly critisized Kim for using the term ‘biological gender’ during one of his lectures. Warrens friend Diana arrives, played by Genevive Lemon, a older trans woman, and is keen to get to a party with Warren. Warren then is informed that he will be interviewing Bae Bae, and it all goes a bit wild from there. Pam, a young woman who Kim and Warren have a past with is also chucked into the mix, who is also played by Mama Alto.

The performers work together beautifully as an ensemble, but Mama Alto, for me, was the stand out performer. Her unique performance style was extremely refreshing to see on a mainstream stage.  If you see this show just for Mama, it would be worth it!

The Homosexuals is pretty full on, and at times I felt like it was too much for me, I actually had ‘nightmares’ that night about myself somehow being homophobic and transphobic and being ostracized by my friends, which is funny because I identify as queer and trans. I wonder what reaction cis, hetrosexual people had to this piece, I’d be interested to know because it really stuck with me. On a subconscious level at least, it evoked feelings of fear of being politically incorrect and hurting people.

I find the show quite difficult to explain and talk about maybe because of its complexity or maybe because I’m scared of saying the wrong thing, or maybe both or another reason completely different, but it was a hell of a journey, which left me feeling exhausted, intellectually stimulated and generally satisfied with what happened, even though I’m not quite sure what happened internally for me, it was a clever story and very engaging. I was definitely invested in what was going to happen.

This is a fast paced, intense, riot of a show, and it on at The Malthouse Theatre in Southbank until March 12th. 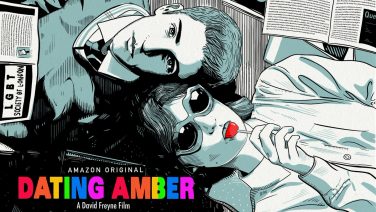 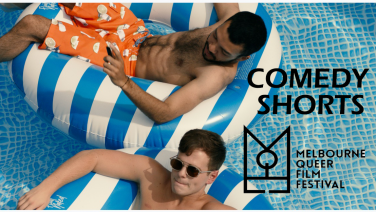