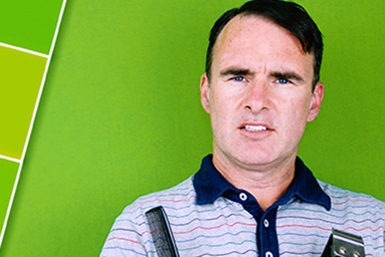 The show is a number of monologues dedicated to generations of male Australians. It highlights the weird, quirky and uncomfortable experiences felt in our own backyard.

Characters included “shirtfront” the jockey addicted to cheesecake, a ex-greyhound racer, a stockbroker stuck between the bliss of the sea-change and the agony of work, the oldest man in Australia, and a businessman breaking up with his fiancee due to his supposed infidelity.

The show felt at first difficult to approach. Introducing this short enthusiastic Jockey and his pursuit of racing success and love was completely different from my experience. He was the epitome of who I could not care about unless I personally knew him. This was similarly seen with the greyhound racer. However, I was taken aback as the ex-racer’s story took a turn with the dog’s eventual death.

Ben Maclaine and Ben Grant’s depictions of loneliness and stress within these characters surprisingly positioned me to understand the pressures that men in a variety of circumstances can make. Some characters felt surprisingly familiar, such as the stockbroker. His story of wanting more from life reminded me of individuals who boast of success within work yet have lost the ability to enjoy life. Ben Grant’s acting had so much poise to it,  his words, no matter how mundane they were, held you like Kevin Spacey in House of Cards.

Overall, this play positioned me to find it arduous but then broke it down with some incredible engagement by actora on stage. Although parts such as the monologue on the oldest person alive lost me, it kept bringing me back with interesting plots and characterisation. It is highly recommended for people who want to step in other people’s shoes for a night.