REVIEW: ‘I May Destroy You’ 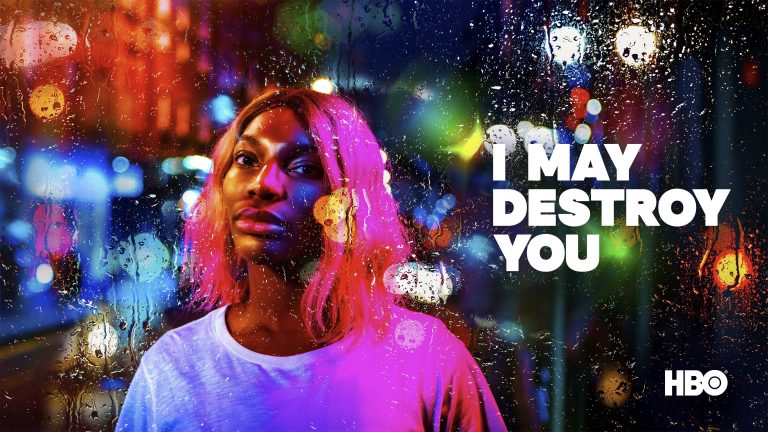 TW: This review contains mention of sexual abuse and assault.

“Write the tale that scares you, that makes you feel uncertain, that isn’t comfortable,”
-Michaela Coel, acceptance of the 2021 Emmy Award for Outstanding Writing for a Miniseries.

“I dare you. In a world that entices us to browse through the lives of others to help us better determine how we feel about ourselves and to, in turn, feel the need to be constantly visible, for visibility these days seems to somehow equate to success. Do not be afraid to disappear – from it, from us – for a while, and see what comes to you in the silence”.

When I saw this Emmy speech on YouTube, I didn’t know what to think. It was amazing, of
course, but such a deep moment was received in such a short amount of time. It’s this kind of depth, this sort of hit, that entrances me about writing – for the stage, the page and the screen. It hypnotises me like no other artform, so a review of the series which won the 2021 Emmy Award for Outstanding Writing for a Miniseries, I May Destroy You (2021) is in order. If you’re in need of a Spring-y binge-sesh – rich in
story and deep in emotion – this is the one. And it probably will destroy you.

Prior to I May Destroy You Michaela Coel, is known for her writing and starring in the television program Chewing Gum, which has a completely alternative tonal direction to IMDY. This punch has much more of a post-#MeToo twist to it. Made alongside filmmaker Sam Miller, the series about piecing together the past, preparing for the future, and existing in the somewhere that is the present, is what transpires.

The series has great characterisation of Coel’s protagonist, Arabella, a writer and social
media sensation relearning how to survive from a deep trauma. Her character and performance are exquisite, if sometimes unrelatable (at least from a young male Caucasian perspective), but the doings between herself and her close friends (especially stand-out Paapa Essiedu) throughout the series make for hilarious and devastating watching – from the storyline in Italy, to the breath taking finale between her and the assailant. I particularly loved the moment when ‘Something About Us’ by Daft Punk – one if history’s sweetest odes – is used to soundtrack a scene between Arabella and her woeful love interest. The scenarios her friends get into are amazing and transcendent, and the funky, psychological dialogue keep us afloat from the throes of the otherwise very dark story.

It is comparative to other British greats like Promising Young Woman, Fleabag and The Crown, and the USA’s first season of Russian Doll or HBO miniseries Mare of Easttown. In their heft, tragicomedy and icy takes on the disorienting splinter that is the patriarchy, we learn how to be smart.

I did initially struggle to get into the series at first, because of its non-linearity and the trickiness of the screenwriting, but all of this is why the show is so good. It unravels and is patient. Coel’s audio-visual commentary on memory, hindsight, and the depth of how ultimately shit the darkness of toxic masculinity can really be, was stunning.

Give it a go, you’ll be transformed.