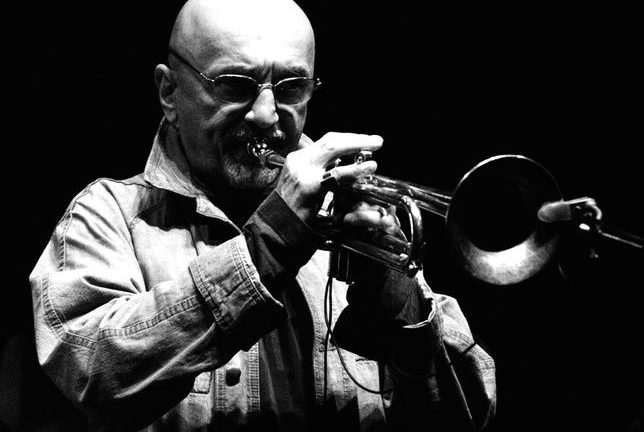 Polish born Tomasz Stanko has been a jazz trumpeter since the 60s, touring the world time and time again and working on film scores. His performance at the Coopers Malthouse was a true testament to his experimental yet highly skilled approach to jazz. Accompanied by Alexi Tuomarila on piano, Slawomir Kurkiewics on bass and Olavi Louhivuori on drums, the four absolutely filled the space of the theatre unlike any others! Performing a total of six songs, interspersed with extensive improvisation, the band created the classic dizzying jazz atmosphere and had the entire audience bopping their heads, slapping their knees and completely entranced. The band nor Stanko virtually ever stoped throughout the performance, expect for at the beginning to introduce themselves, and seemed to be as captivated by the music they were making as the audiences were listening to that music. Over all this performance was the true epitome of jazz – dizzying and disorientating, yet completely enthralling.

In contrast, Vince Jones and the Astral Orchestra presented a much more rehearsed show as they paid tribute to the music of Van Morison. Vince Jones, who has been an Australian jazz vocalist legend for over 20 years joined forces with the seven piece Astral Orchestra, which was specially brought together for the event by musical director, Matt McMahon. Together they performed, and reimagined the songs of Van Morrison from his albums Moondance and Astral Weeks. This was a very interesting and creative evening as Jones and the Astral Band covered, and put a unique jazz spin on what is typically rock music. It was very enjoyable hearing Morrisons music in jazz form! Arguably the show did justice to both genres, and to both of the legendary artists. for those who are fans of both, or even either artists or genres and want to see rock in jazz form, or jazz with the influence or rock, then Vince Jones and the Astral Orchestra will be performing at the Recital Centre tonight as part of an extended run.

Finally, in a one-off exclusive evening, José Jones presented the music of Billie Holiday. American born, Jones is a well-regarded jazz vocalist but has also had great success in r’n’b and even hip hop, and you could really see this influence coming through in his tribute. Together with a highly skilled band, Jones played homage to the jazz legend that he considered his ‘musical mother’ in the same year that would have been her centennial. Jones did a sensational job performing what were the songs most important to him and his career, but adding his own unique, r’n’b influenced spin on them. His smooth yet powerful voice managed to completely fill the packed Hammer Hall, as he gave offered what was, for a lack of a better word, a sexy rendition of songs such as Yesterday I Had, and God Bless, interspersed with personal anecdotes about how Holiday influenced his career and the careers of his peers. Jones love and admiration of the great Lady Day was extremely evident not only in the way he sang her songs, but also in how he told her stories and the picture he painted of the blues legend. The show culminated in an encore which featured the most enthralling and unique rendition of Strange Fruit, arguably one of Holidays most famous songs, which Jones performed solo with the use of a loop pedal! Not only did this do true justice to an extremely controversial and sacred track, it was a stroke of genius and left the audience in awe.

The Melbourne International Jazz Festival ends for another year tonight! IF you still have a chance then do your self a favour and get down to experience some local or international experimental talent.