When Gareth Liddiard of the Drones took to the stage as the headline act of NGV’s Friday Night series, he took a moment to remind the audience of an unpopular Vincent Van Gogh fact. “He stinks” he said, with a wry grin. He was referring not to Van Gogh’s paintings, but to Vincent himself. Reminding everyone that one of the greatest artists of the 20th century and the star of the most successful NGV international exhibition to ever go on display, actually stank. “In fact if he walked in here now,” Liddiard continued, “You’d probably have him arrested.”

The mythology around Van Gogh is so pervasive now that it is difficult to imagine a time where he was not lauded as an artistic, if troubled, genius. Perhaps it is remembered, but in a self congratulatory way – “I would have known, I would have been different and seen him as the genius that he was.” And to this Liddiard calls bullshit. Liddiard is a loveable rogue who sings like someone having the air squeezed out of them – visceral but with a sense of brutal honesty. This felt like a natural continuation of his conversation with the audience, with lyrics reminding them to examine the world in which they find themselves and not accepting the comfortable complacency of believing our cultural heroes are people we would actually like.

The casting of David Wenham as Van Gogh in the exhibition film and audio guide is interesting in connection to this. Every woman who has ever watched Sea Change knows that David Wenham is a babe, and when he loses his good looks to the ravages of time he is going to make a fortune doing audio books. He is nothing if not incredibly palatable, sexy even, to the general public – perhaps the opposite in demeanour to Van Gogh? By making the life of an artist a narrative, and a tragic narrative at that, and making the protagonist of that narrative attractive to the champagne clutching classes who go out to galleries for a good time on a Friday night, do we not lose the parts of his work that are challenging or unpleasant? Far from wanting to trot out that tired turn of phrase that art should disturb the comfortable and comfort the disturbed – I wonder, that even though there is so much of his art and his letters that remain, is Vincent Van Gogh not lost in the myth that surrounds him, depending on whatever romantic notion the public holds at the time? Does the man himself lose value if we do not like him?

This review seems critical, I know, but I am actually so impressed by the curation of this exhibition and event. Yes, they seemingly crafted the evening around older gallery goers who love that the Grigoryan brothers are going to be playing arrangements of Debussy’s Clair de Lune and that the Elan string quartet play it just as safe – but then they follow up with a headliner like Gareth Liddiard. His presence brought with it a breath of fresh air, a touch of cynicism and the highest concentration of mullets I have ever seen in the NGV.

This exhibition has had the largest visitor numbers of any international exhibition ever displayed at the NGV – this Friday Night event sold out. What is it about Van Gogh that draws in people in such numbers? His reputation or mythology? Curator Laurie Benson explained he believe’s it is because Van Gogh died at the peak of his talent – he didn’t go on for another 30 years diluting these works. However, the fact that we can never know how Van Gogh could have progressed as an artist taints this theory for me. I think it cements a mythology of the tortured artist as a genius that quickly burns out the life that channels it. I know myth has a pull – its very popular. But what about the loss – not knowing what he could have gone on to create? The tragedy that he had to die to achieve fame with, let’s face it, people he would have detested?

This exhibition revels in the many sides of Van Gogh that appeared in his work and his life, facilitating questions such as these – on the nature of the art world, the cultural notions surrounding creativity and social acceptability. These are ideas that appeal widely and ignite the curiosity of the romantic and cynical alike. 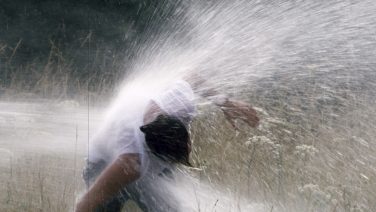 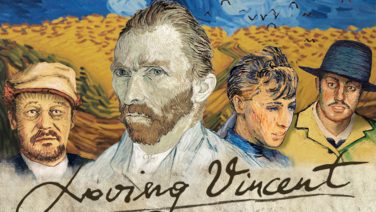