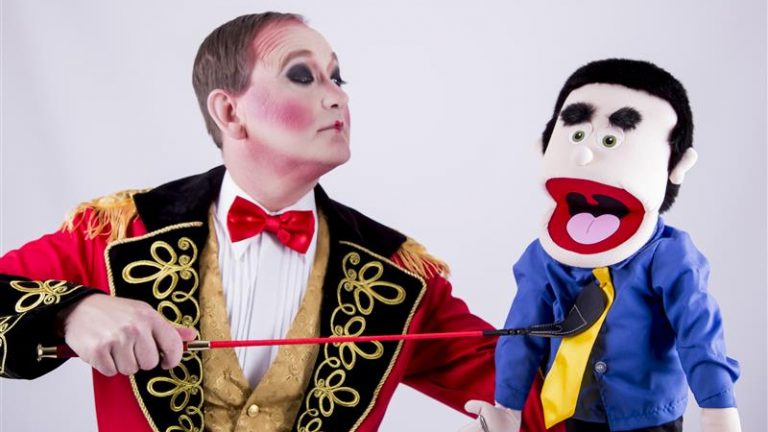 If you’ve ever felt that your office was one hoop short of a circus, Scott Hollingsworth’s Performance management is the cabaret that will speak to your funny bone. Hollingsworth’s one-man show is an outrageous, unapologetically offensive performance, that highlights the ridiculous in the mundane.

Hollingsworth plays the Ringmaster, opening the show with a re-scripted cover of Britney Spears’ “Circus”, the audience is welcomed by an incredible areal hoop act by Jessica Robbins, the scantily clad muscle man, Murat Yilmaz and Joshua Fielding as the larrikin lion.

Scott draws inspiration from his real life day job as an office manager and the employees he faces during the daily grind. The cabaret explores everything from job interviews, to unfair dismissal to the ridiculous white lies on a CV, all of which are topics that will speak to the everyday office monkey.

The creative rescripting paired with costuming and lighting pulled the audience in for a night of laughs and performance interaction.

Although Scott Hollingsworth is joined by his stage “minions” the performance really is a one man show, as the ringmaster manages to switch it up with simple costume changes, voice alterations and cheeky quips that almost make you forget that there simply is one fantastic human holding the piece together.

Scott is a NIDA trained actor who has toured internationally with huge productions such as Oklahoma, West Side Story and Cats and although quite a different production, Scott’s experience shines through with performance management, as he cracks the whip in a killer performance.

Hollingsworth doesn’t shy away from mixing themes either as he appropriates tunes from the little mermaid, Frozen, Mary poppin’s and Chicago, bringing his own cheeky twists that although questionable are wonderfully catchy.

With bits such as “everyone’s a little bit racist” to making jokes about killing co-workers. Though maybe not for everyone, the ringmaster’s colourful charisma had the audience giggling and holding their cheeks.
All in all Scott Hollingsworth’s Performance management in Cabaret definitely earned its slot as the Monday morning office gossip. 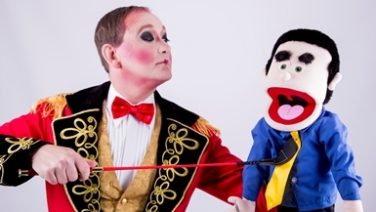