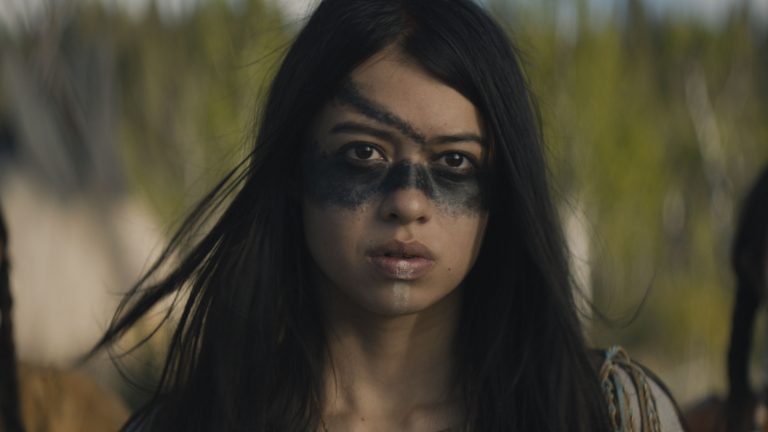 “…Prey understands what the most crucial aspect of the franchise is — the hunt itself.”

What made Predator (1987) so amazing was the unhinged level of testosterone fuelled machoism seeping through every line of dialogue, every guns-blazing burst of action, and every flex of sweat covered biceps. The film paved the way for the rowdiest action films of the late 80s and throughout the early 90s. It put the “extra” in extra-terrestrial by playing around with the relationship between predator and prey, but with the added effect of having an unearthly being in the mix.

Dan Trachtenberg’s Prey (2022), by contrast, feels like a distant relative that you’re happy to see every once in a while, but don’t really turn an eye to as soon as they’re (or you’re) out the door. The film is without the charisma of the Arnold driven classic as it trades in bullets, bombs and military veterans for bows, spears and Comanche natives. At times, you’re almost hoping a bulky, 6″2 behemoth of a man bursts out of the bushes and yells out ludicrously quotable lines while getting into a fully-fledged fist fight with the predator itself. This is one of those rare moments where I think “was Dwayne Johnson not available?” Yet at the same time, Prey understands what the most crucial aspect of the franchise is — the hunt itself.

The tension that comes with creating such a hopeless situation where characters are thrust into a do-or-die situation is recaptured in Prey largely thanks to how most of the fluffing about from past Predator films is thrown out the window in favour of the beats that come with a minimalist, but gory thriller.

Set some 300 years ago in the Great Plains of 1719, there aren’t any choppers or modern munitions to be had, save for the Predator’s own inspector-gadget-arsenal of chaos. Instead, we’re met with sprawling, untouched landscapes that are occupied by the aforementioned Comanche, wildlife, and a few musket-wielding French folk (whose dialogue is incomprehensible and without subtitles, perhaps intentionally). It’s Naru (played soundly by Amber Midthunder), a young healer-turned-badass that guides our attention along with her trusted doggo companion.

Like Predator’s Anna (the female hostage taken by Dutch and his crew), Naru speaks of a mythical creature from Comanche lore after seeing strange lights in the sky above and later in the forest, but her concerns are written off as a mountain lion or bear. So, against the wishes of those in her tribe, she decides to set out and pursue the being, and aid her brother in the process.

Plot-wise, there isn’t anything all that revolutionary or out of the ordinary to laud here (setting a film 300 years back and casting a female lead is hardly the shake up needed to make a stalling franchise new and exciting). This franchise has struggled to keep proceedings fresh beyond simply reintroducing the predator and letting him run amok. The Alien Vs. Predator spin-offs were a good time, as was Shane Black’s The Predator (2018), but they were hardly memorable beyond their popcorn cinema appeal.

Prey works because it doesn’t try to stray too far from its roots. Sure, there’s criticism to be had in that regard (2015’s The Force Awakens did the same thing), but Trachtenberg’s direction and Patrick Aison’s screenplay capture the very helplessness of being tracked by something beyond comprehensibility. 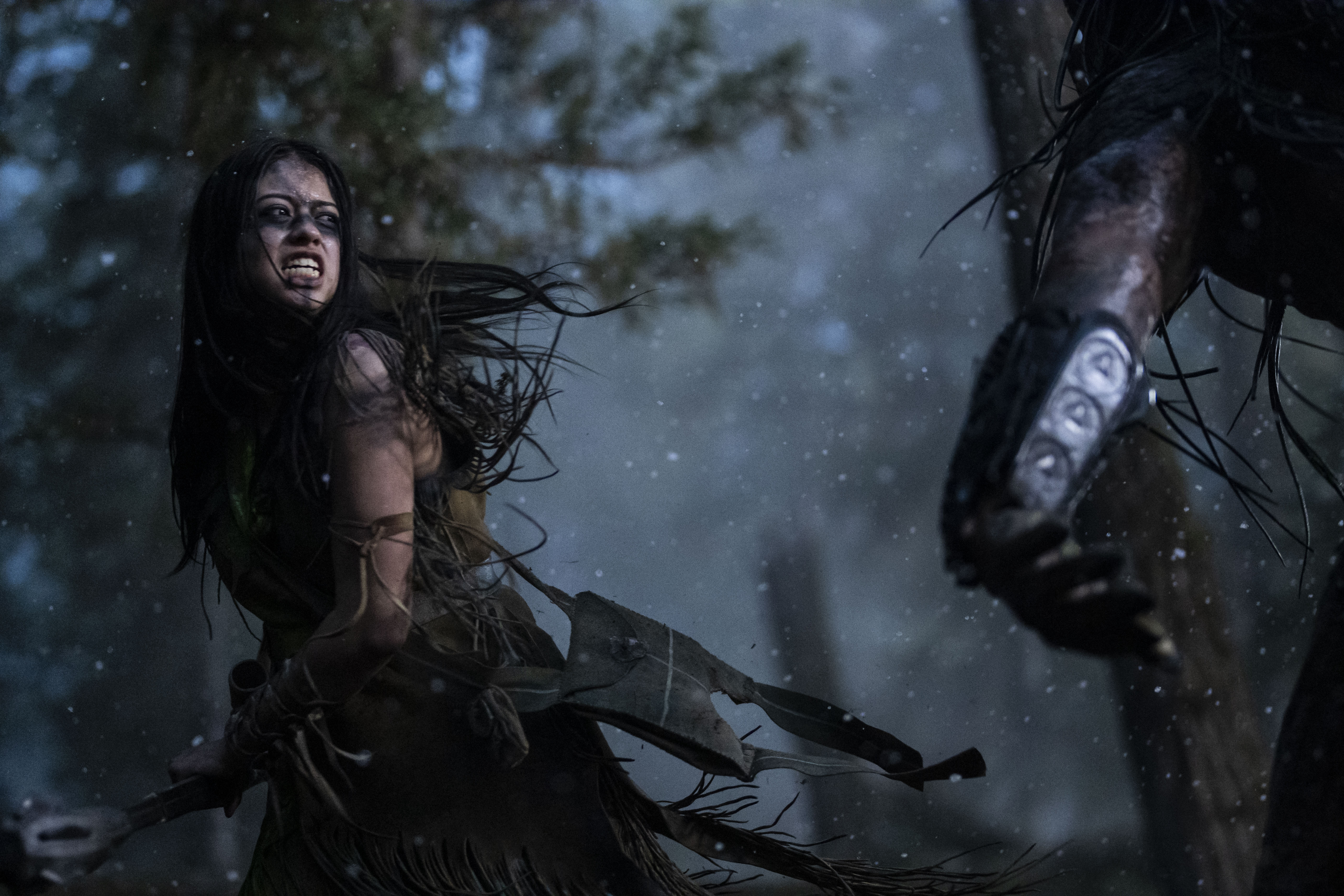 The film maintains a minimalist feel, no doubt to evoke those same helpless feelings within the audience. The forest is barren, close-ups and mid-shots entrap the characters, and action sequences are kept compact and close quarters for the most part. As a result, there’s an unsettling aura that translates from these decisions.

Make no mistake though, the gut slashing, blood spilling, Mortal-Kombat-fatality fun and games is still there and isn’t for the squeamish. There are a few sequences where the Predator hacks and slashes, as he uses familiar tools like his three dot laser system, and less technical tools like a sharp shield. Some of the CGI looks a tad off in comparison to the more practical leanings of the film —namely a bear that almost has a few frame drops here and there— but generally, the film is a delight to look at, with Jeff Cutter doing a great job in capturing the serene and the violent.

Though not revolutionary for the franchise, Prey does manage to keep a level head by never straying too far from familiarity, while still managing to offer a welcome dose of thrills. There is yet to be a film in this franchise that lives up to the delight and grandeur that came with Predator which was groundbreaking for the time, but Prey does enough to justify its existence.

Prey streams exclusively on Disney+ from the 5th of August, 2022.