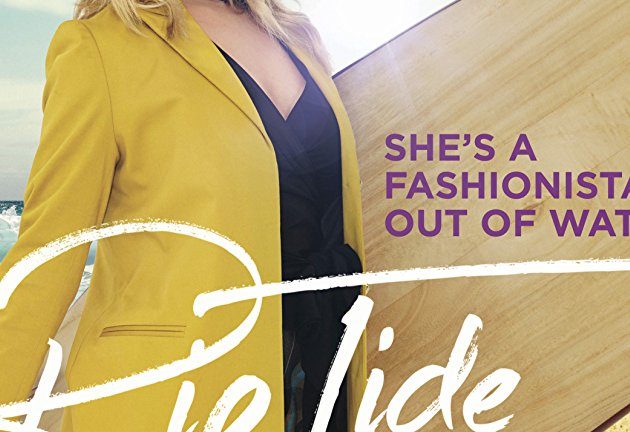 In essence, Riptide is a movie about a New York model, who loses control of her emotions for a moment, and due to the high-stress of her job, and her young age, decides the best course of action is to go and visit her Aunt, who lives in the picturesque town of Tea Tree in Australia. Cora Hamilton, the main character, goes though a journey of self discovery and learns how to be herself, with the help of a few other characters, firstly, her ex-pro-surfer Aunt Margo, who teaches her how to let loose and enjoy life with the help of locals Chika, Bee and Tom.
You get to see the amazing character development shown by lead actress Debby Ryan (who’s known from her Disney Channel days), her character Cora experiences so much in the course of the movie, she goes from an 18 year old forced by her over-achieving mother to act much older than she is in the fashion industry, you see her struggle to get to grips with the simpler life in Australia, and she slips up, many times, as she tries to become a better person, but learns to embrace her past and her true self.
It’s really quite fun to see a movie where the character doesn’t have a point a to point b development, Cora makes mistakes and says things in the heat of the moment and regrets them after, which is realistic and makes her incredibly unique in her character arc.
Cora isn’t the only notable character though, the cast of Tea Tree go though some character development too, Cora’s Aunt is dealing with grief, and even though she used to be a pro surfer, won’t go near the water, she is struggling with their surf school Blue Soul running out of business and loosing their final teacher Tom, to their rival business. I think that Rip Tide has the right amount of subplots in place, sometimes in a movie you find that the writer has tried to put too much into the movie, but Georgia Harrison has done an excellent job at giving the movie enough story, with the ability to not only follow Cora’s story her Aunt’s and the whole towns story. It’s really well thought out, but there isn’t too much going on that you can’t concentrate on one thing at any given time.
The location of Rip Tide flicks back and forth from New York, to Tea Tree, and the cinematography is stunning. I think my favourite sequences are the ones filmed in water, especially the transition between the sea in Tea Tree to a mere puddle in New York. I loved the scenery in and around Tea Tree, and the juxtaposition of Cora in her New York clothes on the background of beautiful Australian scenery, and how slowly over the corse of the movie, her clothes shift to match her surroundings more, and in a fashion centred movie, using costume design to show the change in character was a really smart move.
Overall, Rip Tide is a story of friendship, fun and finding yourself. In between Chicka’s amusing quips, Aunt Margot’s life lessons and Cora’s growth, Riptide leaves you feeling really relaxed and free, ready to be inspired and feel good.
Written by Ellie Carter

Ignorance Is This' 50th Episode Extravaganza!!