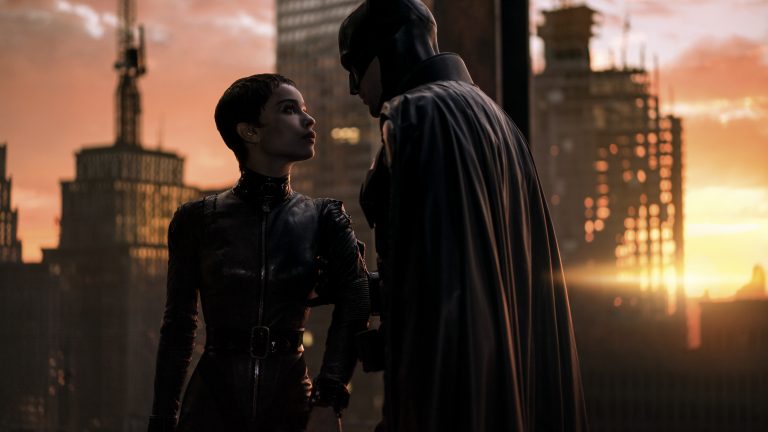 “…The Batman draws on its predecessors, taking enough from Tim Burton and Nolan’s films while leaving its own print on the Batman story in the process”

Matt Reeves loves characters that are faced with dire, overwhelming situations. Whether that be a group of young adults facing an alien invasion in Cloverfield (2008) or genetically evolved apes fighting for their survival in his two Planet of the Apes films. The Batman (2022) represents a continuation of Reeves’ fascination with characters caught up in a crossfire; Batman offers the unabashed blockbuster director the opportunity to explore a much more troubled, distant version of Bruce ‘The Batman’ Wayne, while keeping in line with all the nuts and bolts that make a great Batman movie.

Reeves wastes no time in getting to the nitty-gritty of his Batman film, opting to assume you already know the tragic backstory of Bruce Wayne’s youth and choosing to set the scene against the dark, ghostly backdrop of Gotham during a crime-filled Halloween night. From here, the opening sequence sees Reeves depict petty crime in action and the subsequent fear the perpetrators have as Batman’s signature Bat signal lights up the night sky while they commit it.

Immediately after this, we’re introduced to our caped crusader/vigilante courtesy of a crime-gone-wrong as Batman intercepts a band of face-painted thugs just as they’re about to hurt a civilian in a dark Gotham subway — ultimately setting the stage for the visual and narrative grimness that awaits in the next three hours.

The plot is reminiscent of David Fincher’s iconic crime-thriller Se7en (1995), choosing to focus on little puzzles set up by the chief antagonist, in this case the masked and shadowy figure, The Riddler (Paul Dano). Each puzzle/riddle leads Batman and Police Commissioner Jim Gordon (Jeffrey Wright) down a spiral of further riddles and the victims left in their wake. It’s very much like the buddy-up-detective dynamic of Brad Pitt and Morgan Freeman in Se7en, albeit the results are not as grotesque, with that aspect being left off-screen and left implied for the most part — a decision that no doubt led to the PG-13 (or Mature) rating.

This craze of Riddler’s stems from his desire to bring to light the lies that have been suppressed by those in power across Gotham. Whether that be the Mayor, the police precinct, or a hidden ‘rat’ whom Riddler is out to expose — the film’s political commentary on corrupt politicians and cover-up stories being unearthed is a staple of past Batman films, and The Batman continues that tradition.

Riddler serves as another Joker-esque antagonist who is set on punishing those who continue to sit in their comfy chairs and get away with their crimes while others suffer. Reeves would have no doubt looked to Christopher Nolan’s Joker when drawing inspiration for the direction of this character, with obvious correlations surfacing through Riddler’s disturbing mindset and motives that see his cause become more understandable as the film trudges on.

As the duo make their way through Riddler’s puzzles, other characters from the Batman universe begin to make appearances including Selina Kyle/Catwoman (Zoe Kravitz), Oswald Cobblepot/the Penguin (Colin Farrell) and Carmine Falcone (John Turturro). Selina links up with Batman following the disappearance of her close Russian friend, with foul play called into question; Penguin is in the mix after evidence comes to light that he was in the Mayor’s company before he was murdered; and Carmine Falcone is the elusive kingpin who sits in the shadows but has an important role to play in the film’s events.

Of course, it wouldn’t be a Batman film without the eponymous Batman himself, with Robert Pattinson taking the bat reigns (or wings) this time around. Like with Heath Ledger’s casting as Joker in Nolan’s The Dark Knight (2008), some doubts were raised around Pattinson’s casting as the crime fighting vigilante, but he proves his worth as he has done time and time again in recent years like in The Lighthouse (2019) and Good Time (2017). He fits the smoky, mysterious aesthetic that Reeves is going for as his own mysterious and distant star persona (often associated with him since the Twilight films) meshes well with Reeves’ version of Batman and Bruce Wayne. With his chiselled jaw, beefy physique and shadowy presence, Pattinson has all the right tools to make this version of Batman work.

Most of the film sees Pattinson in the guise of Batman rather than the wealthy Wayne, with those moments that do see him without the mask often showing him with hair drooped across his face, in dark clothing, and with faded eye shadow from his Batman ventures. It gives Bruce Wayne an added gothic/emo-like complexity that separates him from the past iterations of the character.

Like Nolan’s Joker, Reeves’ Riddler toys with and challenges Batman, and in the process, aims to reason with him by pointing out that their intentions aren’t that different. Because the character of Bruce Wayne is used more sparsely here compared to past Batman films, Riddler’s belief that Batman is Bruce Wayne’s true face sticks a little better. This is especially true given that most of this film centres on what’s beneath the surface or behind the mask, and Reeves — perhaps more so than prior directors — explores the importance of the mask and Wayne’s connection to it. It leaves you wondering where Batman ends and where Bruce Wayne begins in ways the past Batman films never really did, only scratching the surface. 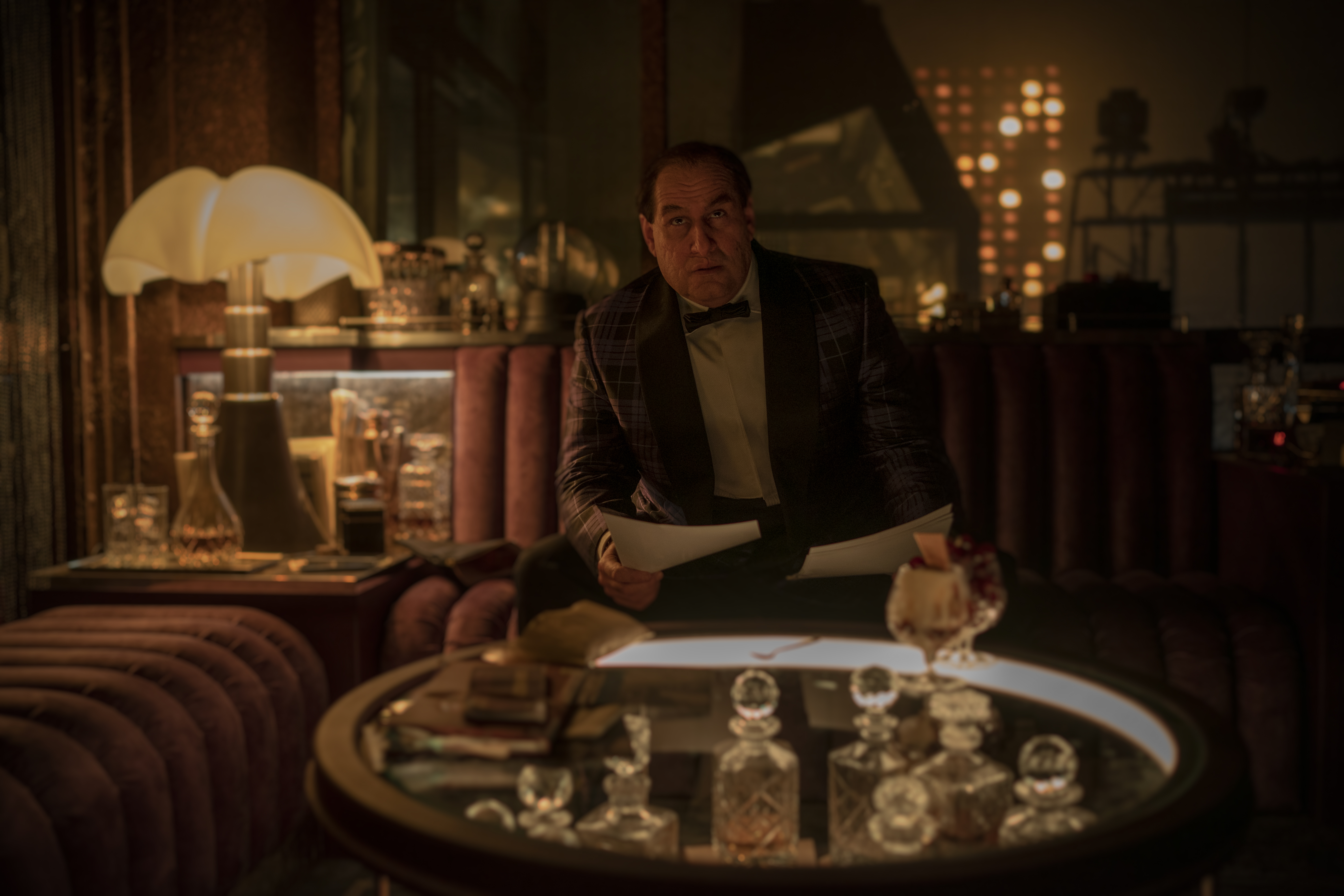 Much of The Batman works because each aspect of production keeps the gears turning; sound, cinematography, lighting and other parts of the mise-en-scene never feel out of sync and are often used in a way that enhances each scene rather than falling flat. Michael Giacchino’s score is spine-tingling, with Church bells and low hums accentuating the uneasiness of the film’s story; Greig Fraser’s cinematography is visually consistent in keeping up with the film’s gothic leanings; Reeves’ direction is much more clear and grounded here than in his past films (possibly due to him co-writing the screenplay); and the talented ensemble do a good job in bringing the characters to life.

At times the plot can feel a bit jaded, most likely due to the film’s runtime as there’s a fair bit of storylines that overlap and story information to follow. Most of this information is revealed through moments of unsubtle exposition, which is almost expected given that any story set in the fictional Gotham would be quite overwhelming and would need a second viewing to fully grasp, but for the most part Reeves does a good job in nursing you through it all.

There are a few set pieces beyond the more contained, tightly framed setting of the film, with a car chase sequence easily being the most memorable if not for the low rumble of Batman’s V8 that screams upon take-off, then definitely for the pure glee as the chase unfolds. In contrast, The Dark Knight was definitely more audacious in how it went about its set pieces, but it also had a more clean visual style. The Batman looks much more beat up and grotty (in all the right ways), but it is much more measured with its set pieces, so when they do eventually come about, they provide a nice dose of action before jumping back into the crime of it all.

It’s clear that The Batman draws on its predecessors, taking enough from Tim Burton and Nolan’s films while leaving its own print on the Batman story in the process. Reeves namely draws on the more gothic, hazy setting of Burton’s films while incorporating the Nolan-esque moments of character interaction and his crime storytelling beats. In the process, Reeves is able to build a foundation around familiarity, but is still able to leave a freshness when all is said and done. As far as superheroes go, Batman has been tried and dried more than any other throughout cinema history. As far as superhero films go, The Batman is a satisfying entry in the Pattinson era, giving the caped crusader a solid platform to glide from.

The Batman opens nationally from the 3rd of March, 2022.