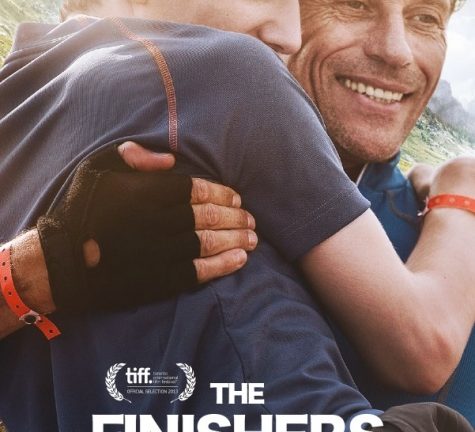 The last time I heard a word of French was when I was in the 7th grade attempting rather poorly, to learn a language other than English. To be really honest, I picked French because I thought from the outset that there was something distinctly romantic about it, or at the very least, it seemed to flow well- especially when compared to the language of my ancestors, German, which deems that my last name, Seidel, apparently means beer mug. In my 13-year-old head, French was the language of international spies, suave diplomats, and my hairdresser. After a year of struggling to commit myself I decided to drop it and that was that. Au revoir.

That was 6 years ago.

Then I watched The Finishers, a film essentially centred on the relationship between Paul (Jacques Gamblin) and his teenage, wheel-chair-bound son, Julien, (Fabien Heraud) as they attempt to participate in an Iron-Man Triathlon in France. 5 minutes in, I heard that effortlessly sophisticated language again and I was transported back to my days of sitting in small classrooms, listening to French tapes and seeing if I could count the number of croissants in the textbook.

Despite the barrier of language, The Finishers is a tale that will perhaps be overwhelmingly familiar to many Western audiences.

It’s narrative of an underdog’s triumph against the odds is essentially filled to the brink with the kind of traits that are utilised in this genre of film, namely:

2. There are a lot of tears

4. You get that pleasant warm, fuzzy feeling when the credits start to roll.

But despite the predictability of the plot, and the incredibly clichéd character development and script, The Finishers still remains to be a substantially life-affirming film that is incredibly easy to be wooed by and swept up in.

Adding to this is the acting as both Fabien Heraud and Jacques Gamblin present fairly engrossing performances which aid in their characters being both charismatic and easy to empathise with- hence, making the ending all the more emotive. Alexandra Lamy’s performance as Julien’s mother Claire is also certainly worthy of praise.

But the truly remarkable aspect of The Finishers that remains charming throughout is its cinematography, which at its best peaks is beautiful, artistic and stylish. The opening sequence on a beach in Nice, as well as the early moments of the Iron Man race itself are all incredibly compelling in their own right. These elements are only further complemented by the simply picturesque green hilled, blue skied landscape which the film labels its setting. This, combined with the catharsis of the film’s conclusion, is what acts as its saving grace from its predictability.

While at the end of viewing The Finishers, I didn’t know any more French than I did back in the seventh grade, I realised something else: The Finishers is able to swim through the torrents of familiarity, bike ride through the hills of the clichéd, before finally making one last sprint through the perhaps heavy handed to deliver an experience that is still charming and enjoyable on its own terms at the finish line.