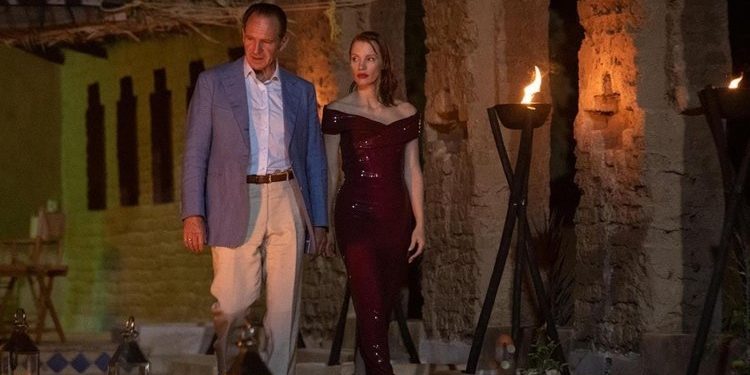 “…a compelling yet beguiling moral parable held together by its stellar cast.”

In the year of Triangle of Sadness (2022), Succession, and The White Lotus, are audiences really looking for another eat-the-rich satire that mines empathy from deplorable figures? John Michael McDonagh’s newest feature, The Forgiven (2021), is being bought and sold in this manner, a packaging that is sure to sell tickets but may sour opinions on what is sure to be a divisive yet compelling film.

Taking place on a weekend away trip in Morocco, long-time married couple David (Ralph Fiennes) and Jo’s (Jessica Chastain) trip takes a sharp turn when they hit a young local teen. What follows is a compelling yet beguiling moral parable held together by its stellar cast.

A film that is constantly asking its audience to consider the circumstances of its characters, The Forgiven is ineffective as a sharp-toothed satire on high society, but is quite affecting as a moral parable on consequences and guilt. McDonagh has made a career out of his razor-sharp pen, something oftentimes absent from this film altogether, with only fleeting moments of humour that mostly fall with a thud on the theatre floor.

What buoys an inconsistent script are the tremendous performances by the entire ensemble in what at first glance has the facade of a two-hander between Fiennes and Chastain. The ensemble features wonderful performances from Matt Smith, Christopher Abbott, Ismael Kanater, Caleb Landry Jones, and Saïd Taghmaoui. The film is constantly using its own perception against its audience with guile that is sure to unfold itself to audiences slowly, potentially garnering a reclamation in the years to come.

The Forgiven is a curious film that takes time to understand its intentions and genre, a rarity in modern American cinema that is sure to inspire derision with critics and audience members alike. Fans of McDonagh’s other work like The Guard (2011) and Calvary (2014) will be surprised with the faltering comedic writing —a consistent highlight in his work up until now— but may be surprised and compelled by the story’s parabolic nature.

There is a duality at play with David and Jo in terms of their moral reckoning that is deeply compelling yet undercooked, especially as there feels like a swathe of party scenes were left on the cutting room floor. The film’s moral grey area that it’s attempting to work within feels underserved by the absence of exploration of Chastain’s character, instead opting for a more rote wealthy-wife narrative.

The most disappointing aspect of the film is its attempt at social critique. This is no White Lotus, although it does dress itself in its clothing, often literally. It’s surprising that this is where McDonagh falters with the story, as it would appear at first glance to be the driving reason to wanting to adapt Lawrence Osbourne’s novel of the same name. Both John and Martin Mcdonagh have made careers writing different forms of Catholic parable and morality plays, but have always been able to extract humour and commentary within them. 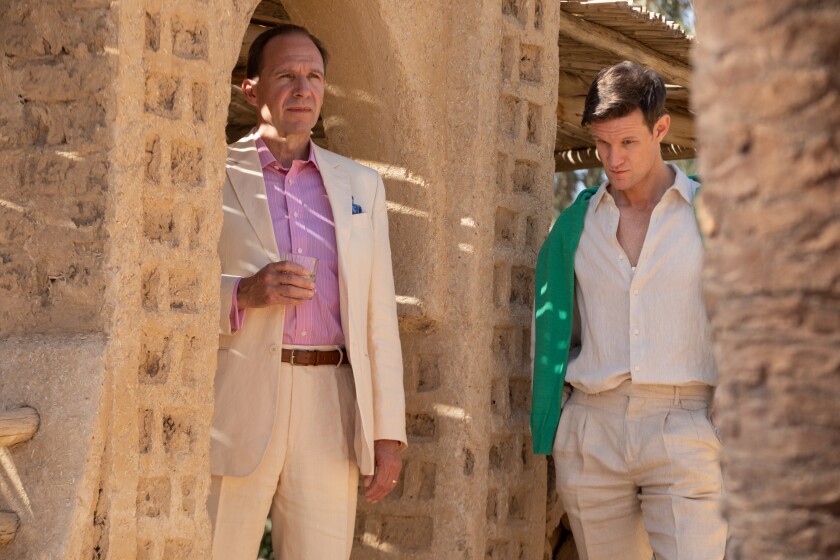 The Forgiven is similar to Martin’s Three Billboards Outside Ebbing, Missouri (2017) in its more straight faced veneer and yearning towards social commentary. While the film would’ve definitely been more enjoyable with a more heightened, arch, eat-the-rich styled script, it has to be respected that McDonagh went for a more dramatic approach to the story.

The brothers McDonagh have established an Irish-focused acerbic writing style that is unlike any other in the industry. Both John and Martin have strayed from their regular Irish casts in their recent projects, (Brendan Gleeson has long been the muse for the pair) which has been quite discordant with their writing style. Martin McDonagh garnered the most success both financially and at the Academy Awards when he moved his stories to the US in Three Billboards outside Ebbing, Missouri, but in this critics eyes pales in comparison to his early work. John (the elder brother) took longer to break into the industry than Martin, with his directing debut coming in 2011 with the fantastic film The Guard. Set in his hometown, The Guard is deeply felt and poignant while still maintaining his laser-sharp wit. The Forgiven in contrast, feels interestingly discordant with his signature style that felt crying out for his acerbic comedy.

The film concludes with an impeccable use of The Velvet Underground’s Velvet in Furs as a funeral march to the high class, possibly connecting the sadomasochism of the iconic song to the situation David finds himself in. The closing moments are made more impactful by ending without credits, a decision achieved by introducing the film with the full credits. This small act of filmmaking heightens the film’s finale to land a final punch.

The Forgiven is a compelling, yet flawed moral parable, packaged as a high society satire, that is crying out for McDonagh’s usual acerbic humour. The film is sure to be divisive with both audiences and critics, but with a terrific ensemble cast and a mature relationship with themes of consequence and guilt, The Forgiven shouldn’t be discounted completely.

The Forgiven opens nationally from the 28th of July, 2022.