Out of the dozen or so Hollywood auteurs who hail from independent and arthouse modes of filmmaking, there are maybe a handful who are trusted to work with budgets exceeding US $50 million: Christopher Nolan, Quentin Tarantino, Wes Anderson, Paul Thomas Anderson and Guillermo del Toro. When I say trusted to work with these budgets, I mean their films can significantly underperform at the box office and they’ll still be working with a similar budget in their next film. Robert Eggers isn’t one of those directors, yet he has managed to secure a US $90 million budget for an arthouse Viking blockbuster that would rarely see the light of day on such a scale.

That isn’t to say that his latest Hamlet inspired, revenge epic wouldn’t usually be showcased to the masses, but Eggers’ small oeuvre has seen him write and direct two indie horror films: a 17th century elevated horror The Witch (2016), and an early 20th century, black and white horror The Lighthouse (2019). These films had budgets of US $4 and $11 million respectively, with the former raking in around US $25 million and the latter, around US $19 million. They were also financed by the hub for indie, arthouse films that is A24, with the studio, like Blumhouse Productions, creating a space for directors with unique visions who might not be afforded the same luxuries as more established auteurs.

The Northman (2022) is the first major big budget film to hail from a director from one of those two studios that wasn’t financed by those studios. New Regency Productions dished the dough for this polarising director’s, Ingmar-Bergman-looking epic, and the result is exactly that: a polarising experience filled with vivid imagery, sprawling wide shots of Northern Ireland in the guise of Iceland, and an atmospheric slow burner that yields rewards for those that buy into Eggers’ vision. 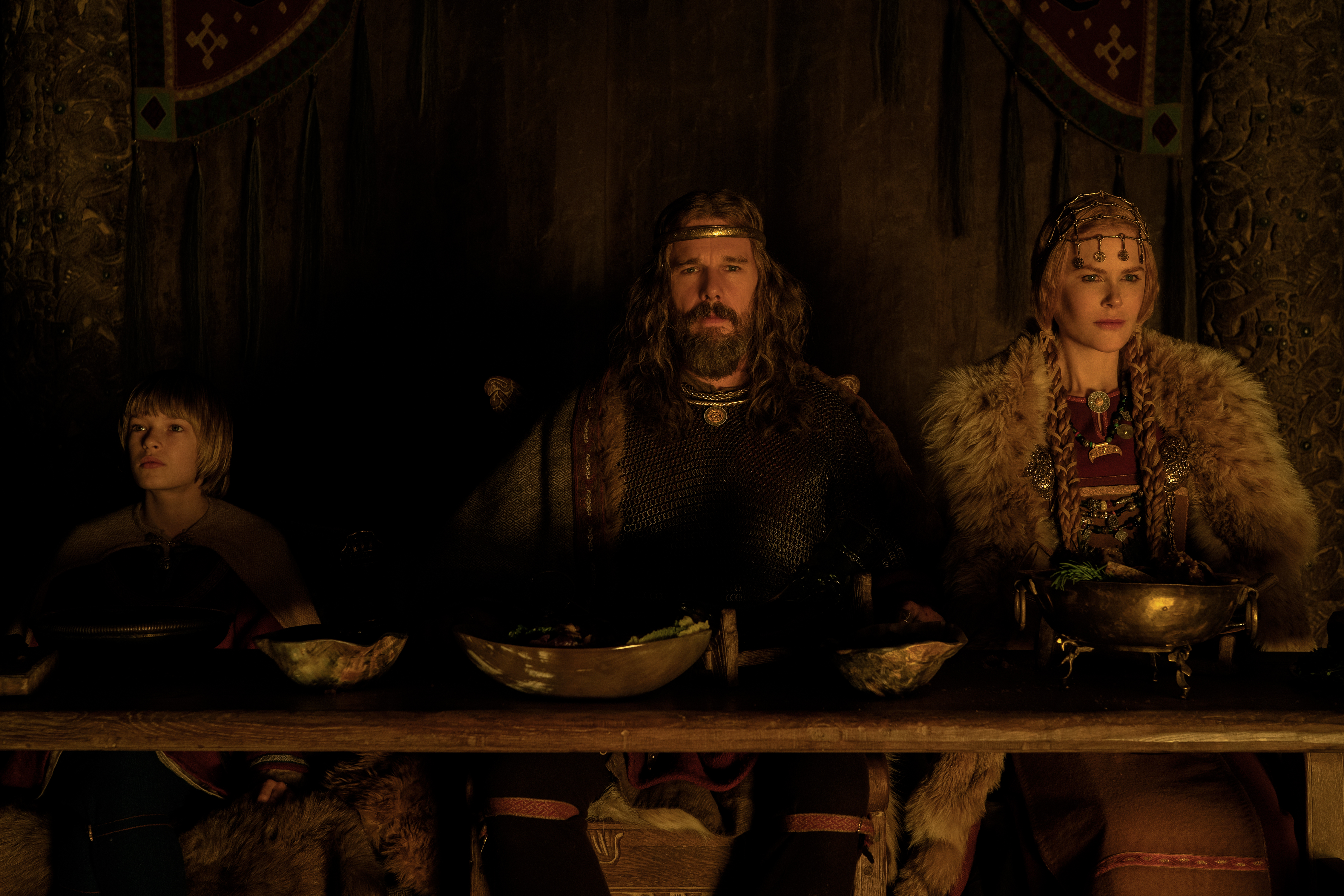 Story wise, there isn’t anything all that revolutionary here, with the film loosely based on the legend of Amleth that would inspire Shakespeare’s Hamlet. Like both Amleth and Hamlet, The Northman is simply about revenge, with the film’s anti-hero Amleth (Alexander Skarsgard), out to avenge his father King Aurvandill’s (Ethan Hawke) death at the hands of his uncle Fjölnir (Claes Bang). It represents a step back from the more audacious and bold approach Eggers took in The Lighthouse, with imagery that had a bit more weight behind it. But there is still a level of assuredness in The Northman as Eggers sacrifices conventional storytelling beats for a more introspective deep-dive into the lengths a man is willing to go to avenge his father.

It’s through Eggers’ emphasis on prolonged moments of angst that he is able to create these introspective moments. The direction of the film is rather obvious, narratively speaking, with an opening sequence of a rupturing volcano and talk of a confrontation in a river of fire, foreshadowing where this story will go and likely end. In this way, Amleth’s destiny comes as no surprise, but Eggers stretches out sequences to their breaking point. Amleth has multiple opportunities to kill his uncle, but Eggers teases the audience by delaying the satisfaction of seeing him avenge his father for as much as he can.

Eggers injects various motifs and striking imagery that speaks to this teasing, with wolves/foxes and dogs perhaps being the most profound. There are multiple scenes that allude to and place an emphasis on predation, which is at the core of the film. An early scene depicts a young Amleth and his king father on all fours growling, howling and eating from a bowl like a dog, and it plays into this push-pull dynamic that Amleth later uses to tease his prey (Fjölnir), but it is also used by Eggers to tease the audience. Doing so allows Eggers to not only create this tense atmosphere, but it also allows him and co-writer Sjón to explore various aspects of Norse mythology and Viking lore that might otherwise never happen on this scale.

When one thinks of a show like Vikings (2013-2020), it was successful largely due to how well Norse mythology was captured and explored ahead of the graphic violence. The Northman, on the other hand, works largely due to the burden to be violent that Amleth carries like an itch that never goes away. It’s precisely in the quest to be brutal and unforgiving that The Northman finds its strength, taking a character that is plagued by impulse and letting him run amok to the point where it seems possible that Vikings might still be out there pillaging and killing. 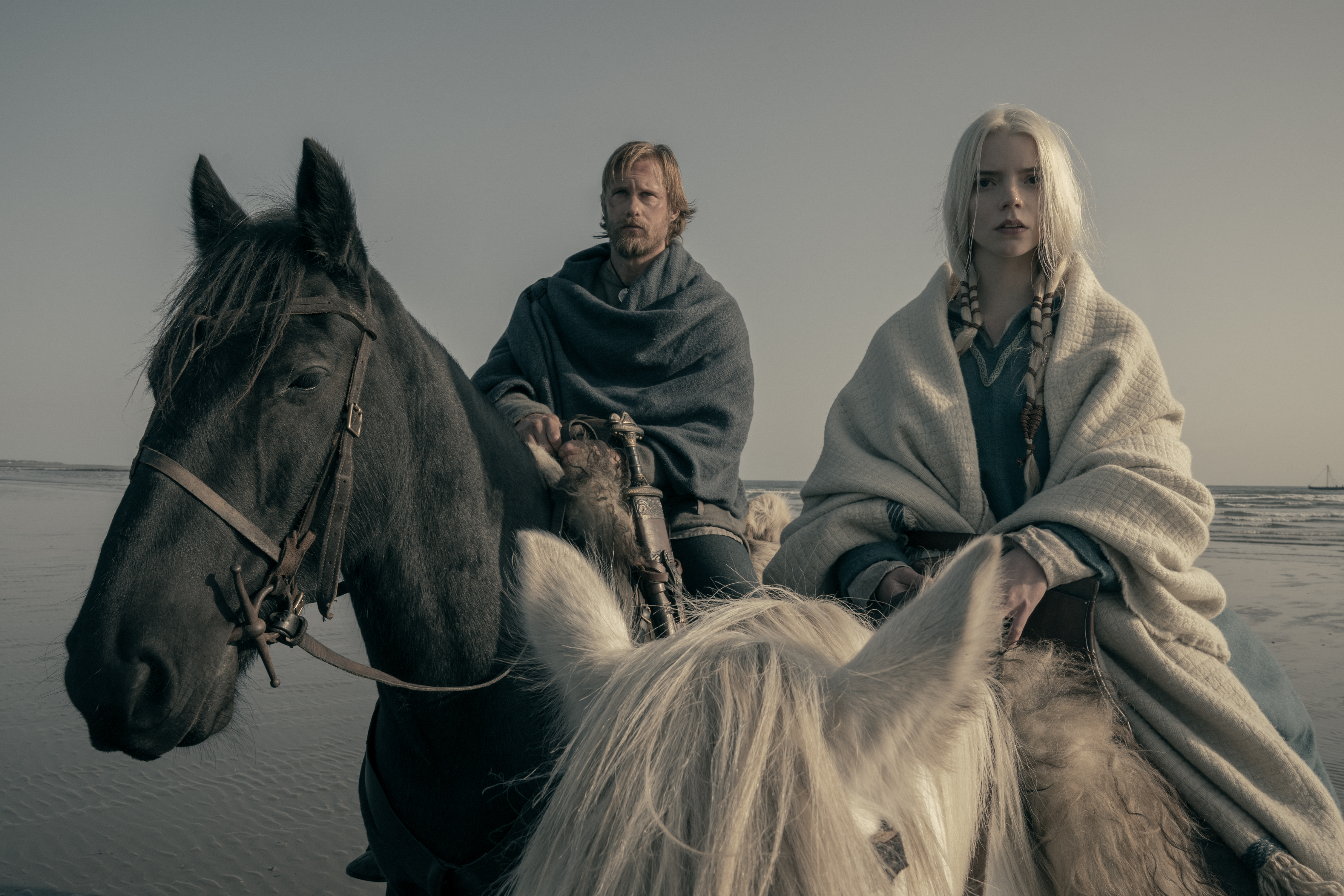 Aleksander Skarsgard’s beefiness helps Eggers to convey that aspect, with the Tarzan (2016) and Succession (2018 —) actor’s commitment to protein and iron (weights) helping to accentuate his character’s rugged complexion and unwavering focus. It also helps to have an ensemble that allows Amleth’s cause to feel more meaningful, and the casting of Nicole Kidman, Ethan Hawke, Willem Dafoe, Anna Taylor-Joy and Claes Bang does just that.

Even with a budget of $90 million, the film is much more contained and close quarters, set for its majority on a small farmland on some hillside. But every frame looks and feels distinctly Eggers’, with tracking shots, tight close ups and landscape filling wide shots each engulfed with smoky greys. The film is visually reminiscent of Ari Aster’s Midsommar (2019), but without all the pretentious and overzealous moments of that film. It’s quite astounding, then, that Eggers was afforded the creative freedom to bring this film from paper to screen, but The Northman is a welcome change from the formulaic blockbusters that continually play it safe. Like Amleth, Eggers rarely holds back, and The Northman is proof that studios can and should, do the same.

The Northman opens nationally from the 21st of April, 2022. 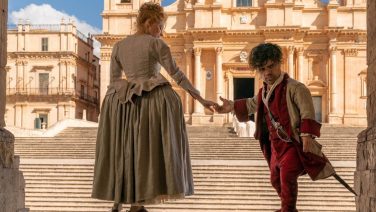