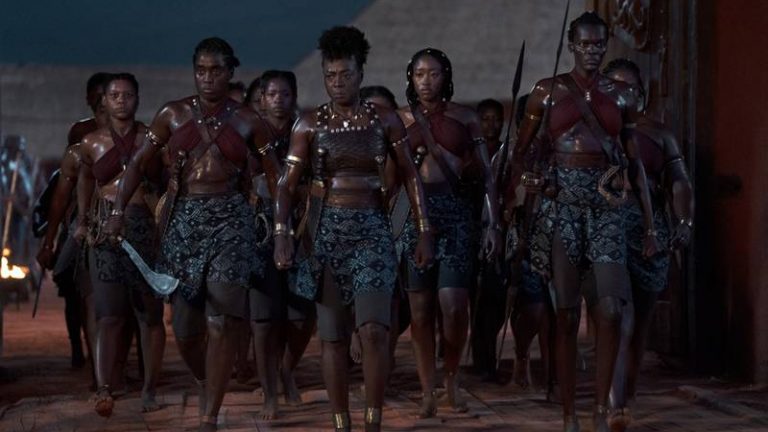 The best historical war films tend to be the ones that reveal something from the period they depict while at the same time delivering all the actiony goods that come with the genre. Gina Prince-Bythewood’s Dahomey era epic, The Woman King (2022) is one of those films, and it largely works even with the Hollywoodized approach it takes in bringing this story to life.

As mentioned it is set in the African kingdom of Dahomey (modern day Benin) in the early 1800’s and follows the Agojie female warriors, led by their most valiant and skilled leader, Nanisca (Viola Davis). Their role isn’t a simple one: protect the kingdom, its people, and its young King Ghezo (John Boyega) from external forces that may seek to threaten their way of life. Those forces include local tribes looking to pillage, rape and kill, as well as the more distant slave traders who visit the port area and even work with the young king to purchase slaves in exchange for goods and wealth.

The brilliance of Prince-Bythewood’s film rests in the Agojie’s interactions. Scenes involving more light-hearted banter are met with the reality of being in the group where they’re not allowed to wed, consummate or have children. There are also the standard tropes of the genre like characters learning how to battle —particularly the younger recruits like Nawi (Thuso Mbedu)— and Wonder Woman-esque training trials.

Saying that Davis has a commanding screen presence is like saying water is wet, but it’s true every time she appears on-screen, as she brings a defiant aura for more meaty scenes as well as a sincerity when required. It has to be said that the supporting cast including Mbedu, Lashana Lynch and even Sheila Atim, help accentuate the camaraderie and closeness of the group. It’s in this closeness that the film finds its heart, something that Prince-Bythewood rarely cuts from. 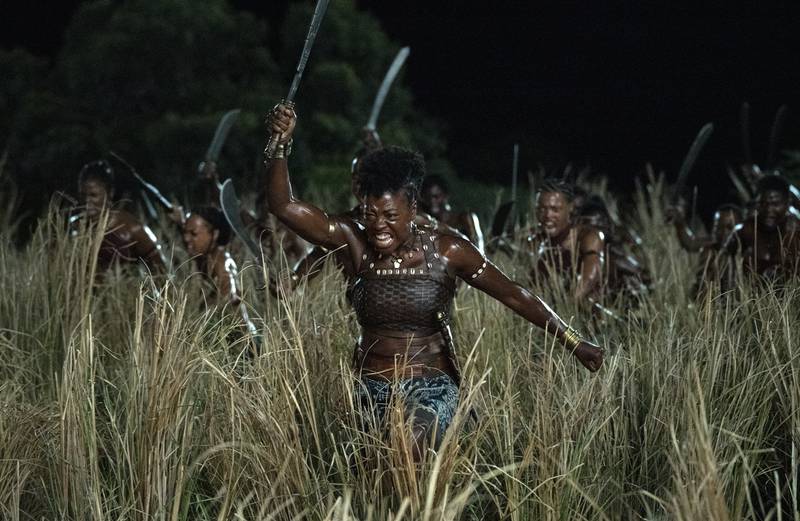 When she does, it’s usually to depict the richness of the cultural components and the surrounding setting. This includes the colourful garments characters wear, the breakaway to song and dance, and the lively production design from Akin McKenzie that really adds to the lived-in-ness of the film. There is a strong identity in The Woman King that gives it an extra layer of verisimilitude — even with the looseness of its historical accuracy.

But like most great historical war epics like Braveheart (1995), Gladiator (2000) and more recently, The Northman (2022), these films live and die on their approach to action. The Woman King isn’t as in-your-face with its action as those films might be, but it does flex its muscles for some set pieces which are shot at their best by cinematographer Polly Morgan when they’re keeping proceedings practical.

The Woman King is at its best when it feels like a female-centric, action-induced, African-set Braveheart that is as brave as it is hearty. It’s at its least compelling when it falls back to cheap Hollywood tendencies like an annoying love subplot that disrupts the flow of everything else. But it is a thrilling ride and a welcome insight into a period and location that has gone largely unnoticed.

The Woman King opens nationally from the 27th of October, 2022.