Review: When Marnie Was There

Almost any animation fan in the 21st Century would have heard of Studio Ghibli, and with no announcement of any future plans yet, When Marnie Was There might be their last feature film for some time.

Based on the 1967 novel of the same name by Joan G Robinson, the story follows 12 year old Anna (Sara Takatsuki), an orphan who’s sense of self is explained by her explicit exclusion of herself from her own artful drawings. She lives with a foster mum, but feels herself to be an unwanted burden.

One day in a park, she suffers a terrible asthma attack, and a doctor, perhaps noticing other symptoms, suggests she have some time away. Her mother then sends her to spend the summer with her aunt and uncle who live in a small countryside town. While there, she comes across a derelict mansion surrounded by the high tides of the ocean, and yet, in another encounter, the house is upkept and bursting with life. It is in her explorations there that she meets an enchanting girl of her age from a different time named Marnie, and their friendship blossoms immediately.

Broaching subjects from depression to regret and even what makes a parent (or who should be one), the film still manages to avoid moral high ground. Anna’s unwillingness to include herself in drawings of lush landscapes undoubtedly stem from her feelings that she does not belong.  When other children try to reach out, it is a discordant effort—she does not see herself worthy. Marnie breaks through this barrier, but only because their connection stems deeper than the rising waters that separate the mansion from the rest of the area. In the end, the film proposes that who we are isn’t predicated on where we are from, or who we came from, but how we see ourselves and what we do to move forward.

Directed by Hirosama Yonebayashi, who is known for his other Ghibli feature The Secret World of Arrietty, When Marnie Was There is a fairy tale-esque dive into a child’s coming-of-age and search for closure over the life of her own that she could never quite fathom for its shortcomings. Despite its seemingly obvious youthful demographic, the film never panders nor does it spoon feed. Behind its clean and simple exterior lie layers of meaning for older audiences to consider.

While the works of Miyazaki and Takahata, the two big moguls of Studio Ghibli who have hence announced their retirement, may easily overshadow this film, it doesn’t cower in the lack of a spotlight. Instead, it supports the greatness of the studio’s virtues.

When Marnie Was There was released on May 14. 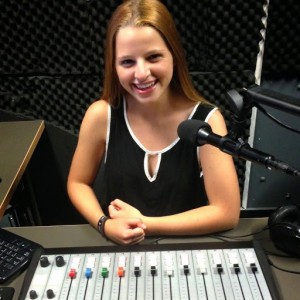