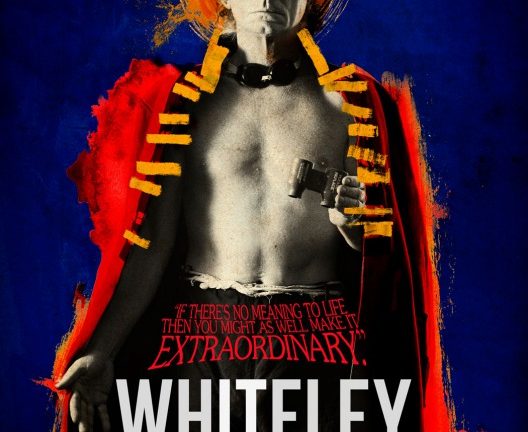 An Intimate look into Brett Whiteley’s life and legacy

Whiteley uses Brett Whiteley’s art and interview archives to take you on a journey into his inner psyche. Within the footage he tells of his relationship with Wendy,  his search for meaning and his push to create art that serves a purpose for the public. His life is summed up with tension and brooding that Brett unsuccessfully attempts to get away from.

The film starts off strong, playing with the biographical art piece of Brett, incorporated with the amazing score of Ash Gibson Greg. However, as the movie progressed, the fun of the first few minutes of the film had vanished.  It became another story of a brooding artist going to overseas to find himself,  coming back to Australia when he lost himself and feeling generally as lost in his life. This contradicted with the tagline from the movie “if there’s no meaning to life then you might as well make it extraordinary.” Where was the fun, bold character of Whiteley?

A similar frustration was the use of visual effects, acting as a means of engaging the audience.  The effects were a distraction more than anything and some images felt clearly used out of context in order to push the story along.

I felt that this documentary would feel more engaging if it had less dramatic reenactments of Whiteley falling across the room in agony and more of the occasional friend of the family discussing him. As it was so personal, the documentary felt too caught up in his world and I felt frustrated as the egocentric “no one will ever understand his inner psyche” mantra played over and over again.

Nethertheless, the art showed within the film made me giddy and involved. His work is something deeply immersive, making you think in various ways. His discussions about life, colour and being influenced by the Renaissance painters, such as Massacio, made me contemplate his work in a new way.

This film therefore is recommended for art buffs and Brett Whiteley fans. It undeniably gives you a new look into his world and though at times it felt overtly dramatic, the film also intrigues you.