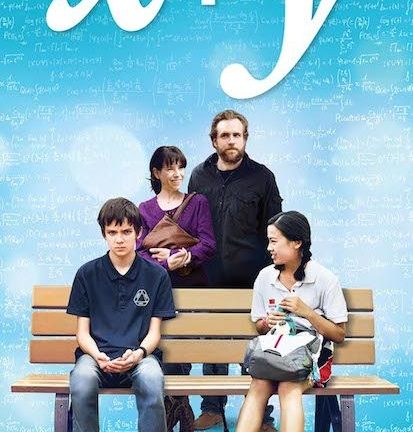 A shy autistic boy being raised in a single parent family comes to represent Britain in the annual Maths Olympiad at the tender age of 14. With this plot line I was very worried X+Y would very quickly trip itself up, despite its good intentions. White autistic males have had enough media exposure to last a decade. Portraying the maths geniuses was a great early way of giving hope to autistic people. When the world was new to the idea that autism was something to be embraced rather than feared, showing people the scientific prodigies was the way to go, the clearest demonstration of where memory, focus and detail perception can get you.

Now, however, there is a growing demand amongst the autistic community for a more diverse representation of autism in cinema, and indeed everywhere, a need that Morgan Matthews’ feature certainly seems poorly placed to meet. And yet, I think this might even have been his intention – to introduce a familiar setup and then tear it to shreds.

It’s true that Nathan (a perfectly cast Asa Butterfield) is far ahead of his peers in the maths classroom and far behind them in the schoolyard, presenting as extremely shy and incompetent. Little to no connection is made between him and his peers, or him and his persistent mother, who failed maths in school. However, after he is accepted into the Olympiad, he goes to a camp full of fellow maths enthusiasts, several of whom are also on the spectrum. Most of the films that work on this premise choose that moment as their endpoint, making it the happy ending where we see the ugly duckling united with all the other beautiful swans. Nathan is neither an ugly duckling nor a beautiful swan. He can keep up with his tutor, but apparently not with a discussion about the merits of a base 12 number system in place of our current base 10 system. If he can keep up, he doesn’t make it known.

As Nathan says in the brief opening narration, the fact that he doesn’t say much does not mean that he doesn’t have much to say. That’s all the voiceover that’s given though, the only easy way into his character (apart from the cathartic ending at least) which does run the risk of having him swamped by all of the supporting characters around him who wear their heart on their sleeve. Even more dangerous is the possibility that, next to his classically sympathetic mother, who, as hard as she tries, cannot seem to forge a connection with him, the blame for everything will fall on him, or on his autism, or autism in general. Matthews quite bravely trusts his audience not to point fingers and to see Nathan as something more than just a shy and unreadable boy: a person capable of deep thought and feeling, but who has different ways of expressing both.

The film actually reveals as much about maths as it does about autistic people. While both are thought to be cold, emotionless and unfathomable, the characters gradually learn how warm, beautiful and relatable they actually are. Music is maths after all, as one of the young mathematicians – one of the few girls – tells Nathan in a private moment. She’s also the one who tells him that at maths camp, unlike in the high school classroom, he is neither the smartest nor the weirdest person present, he is painfully average. This girl could well be on the spectrum too – it seems to be quite a common thing with this group. If she is then she is the film’s sole, scant representation of autistic females.

On the male front, however, much more is covered than you might expect. I can’t think of many films that have put two very different autistic people in the same frame and allowed them to interact. If Nathan lacks confidence in what he has to say, Luke (a heart-wrenching Jake Davies), another boy on the spectrum, lacks restraint. In fact he is so cynical and unsentimental that many assume he doesn’t having feelings that can be hurt. Far from it. He is probably the most emotionally invested Maths Olympian present because, put simply, he has always been told that he’s weird, but also gifted. Apparently it’s okay to be different, as long as you’re gifted. X+Y presents at least two autistic characters (one of whom really deserved more screen time) that don’t have the giftedness to match their “weirdness,” and puts it on his audience to accept them as they are anyway.

x+y was released on April 9. 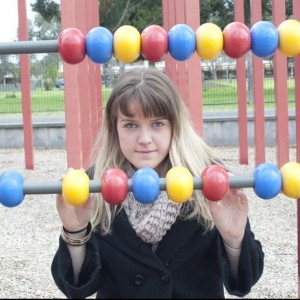