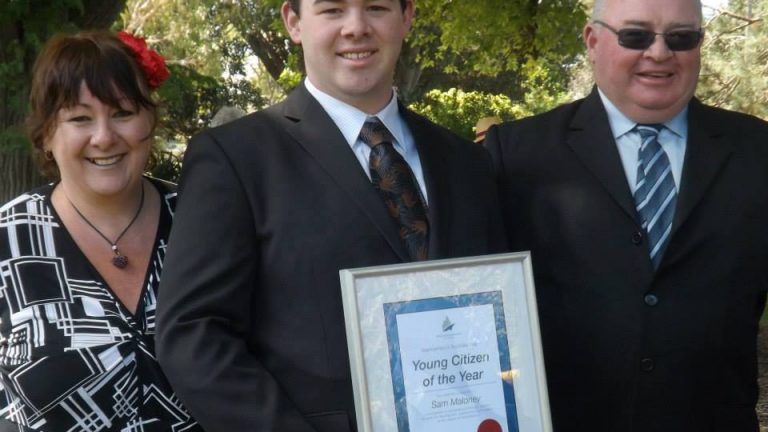 SYN Young Media Leader Sam Maloney has been honoured as Warrnambool’s Young Citizen of the Year for 2015.

The 21-year-old was granted the accolade on Australia Day for his volunteer work with young people in community radio.

“The Young Media Leaders program is what pushed me into the world of community media,” he said.

“It’s not something that I knew much about but I was surprised by what I found. It’s a world of passionate people making media to benefit others.”

SYN General Manager Tess Lawley says Sam winning Young Citizen of the Year came as no surprise; “Sam is passionate about giving young people in Warrnambool a voice and that’s what community media is about,” said Lawley.

“Waveform Media has given something new and very special to the community, and I can’t wait to see what Sam and the other SYN Young Media Leaders do next.”

Radio content produced by Sam and other young people from across Australia is broadcast daily on SYN Nation via digital radio in Melbourne, and streamed nationally at syn.org.au.