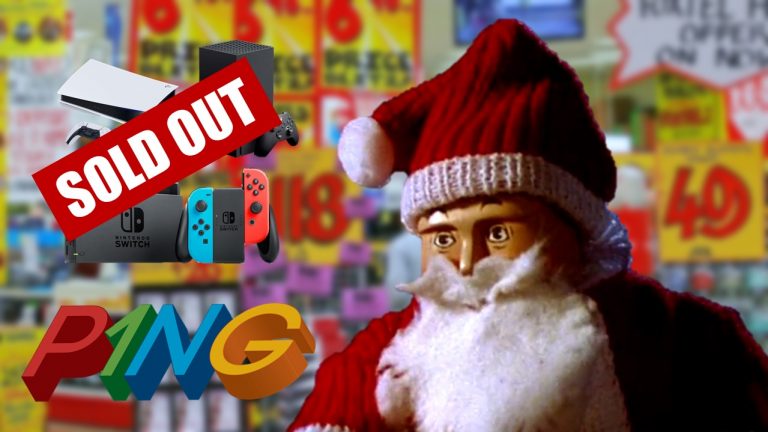 The popularity of next-generation video-game consoles has seen Santa Claus unable to purchase stock in the lead-up to Christmas, P1NG can exclusively reveal.

The man affectionately known as Father Christmas has been placed on a waiting list by a major electronics retailer after the newly-released PlayStation 5 and Xbox Series X/S sold-out within days of release.

According to Santa himself, the demand for both consoles was something he did not foresee.

“It’s rather surprising to me that adults should take this much interest in a new console, given the coronavirus pandemic and recession – let alone two consoles!” Mr Claus said.

“I would have thought that everybody would be saving their money, or at least waiting until the consoles are much cheaper than their launch price.

“They’ll be cheaper in a couple of months, trust me!”

The Man in Red’s need to purchase the latest PlayStation and Xbox came after both consoles became the must-have present on every child’s wish-list in 2020.

He says that joining a Waiting List was a safer bet than any alternative.

“I’ve tried gifting boys and girls with handmade toys from my Elf Workshop in years past, but those presents don’t bring joy to them anymore,” Mr Claus laments.

“Now I’m forced to queue for hours at a department store like any other consumer.

Adding to the woes of Saint Nicholas, this year’s third-most popular request, the Nintendo Switch is also out-of-stock, owing to its sheer popularity.

Furthermore, it’s not just kids that Santa is wanting to please with a Switch, but also his spouse.

“She’s been wanting to play Animal Crossing for months.”

In hopes of raising children’s spirits – and that of the Clauses – Sony, Microsoft and Nintendo have all stated they will speed-up production to have more consoles in-stock and ready to buy before year’s end.

Christmas Day is on December 25th.