Space Jam: A New Legacy: Lebron And The Looney Tunes Team Up Against Don Cheadle 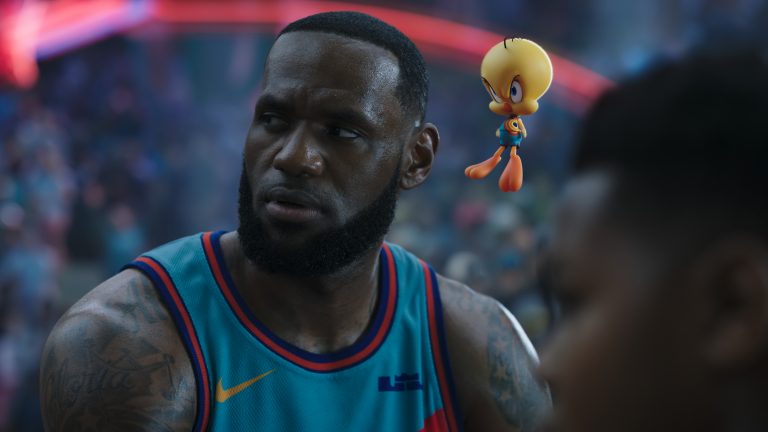 “…a wild and entertaining ride that is non-stop and constant throughout, and for the most part, it works…”

It’s been about 25 years since Michael Jordan was abducted and forced to play basketball by the Looney Tunes group to save the world in Space Jam (1996). Malcolm D. Lee’s Space Jam: A New Legacy (2021) is a continuation of that story, only this time, with Lebron James at the helm. For what it’s worth, Space Jam: A New Legacy is a much better film than the 1996 entry particularly because it actually has some sort of plot going on, and it also taps into the zeitgeist of fear towards virtual technology that has become more pertinent in films since. However, its simple premise and themes pertaining to family become shrouded in the influx of pop culture references, CGI spectacle, and just this surge towards the climactic moment that is the basketball game everyone is expecting to see.

Al-G Rhythm (Don Cheadle) is essentially the virtual puppeteer who masterminds this basketball game and sucks everyone into this cyber-verse of sorts located in the depths of Warner Bros. studio. His purpose is to serve as an algorithm that generates interesting new ideas for Warner Bros. and Lebron ends up becoming the target for his plan. After Lebron rejects the idea proposed by the algorithm, and struggles to put behind his basketball oriented vision for his video-game enthusiast son, he finds himself sucked into this virtual world with his son where he has to form a team and beat Al-G to secure his freedom.

There’s definitely much more going on here than in the first Space Jam movie which could be owed to the fact that CGI is at a point where the ideas presented in a film can be executed to a level unseen before because of the affordances of the technology. Quite frankly, the CGI here works really well with the Looney Tunes characters and almost elevates their quirks and nuances that were, up until this point, presented in 2D animation cartoons (i.e. the antics between Road Runner and Coyote). It makes for a wild and entertaining ride that is non-stop and constant throughout, and for the most part, it works to provide a level of spectacle that the 1996 film was missing.

There are also several pop culture crossovers from Warner’s other successful titles, and this was definitely the highlight of the film. Some familiar faces like the Iron Giant and King Kong make appearances as well as numerous others, and these moments are sure to bring a childlike reaction from even the most serious viewers. 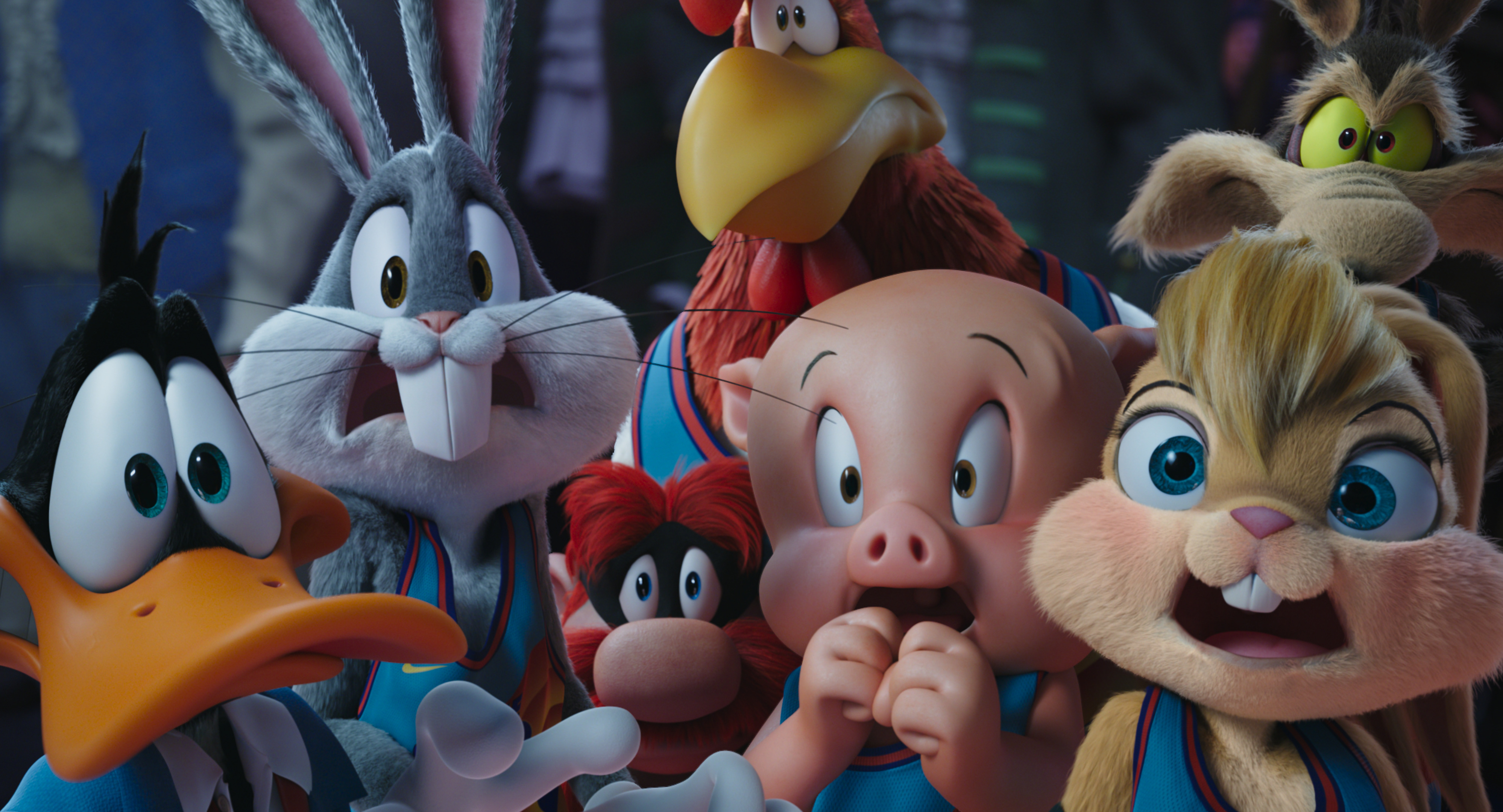 The Looney Tunes gang in Space Jam: A New Legacy

Surprisingly, the film also taps into the dangers of technology and almost sugar coats that danger with the thrills and spills to be had so that viewers almost feel oblivious to it. When Steven Spielberg’s Ready Player One (2018) hit cinemas around three years ago, what became obvious was that virtual worlds and the fears surrounding a more virtual future, were going to play a bigger part in films to come. I mention Ready Player One because it came at a point where the capabilities of CGI technology and VR technology as a whole, had transcended the visuals of films that had dealt with similar technology and concerns in the past (like The Matrix and Tron series). Space Jam: A New Legacy taps into similar concerns, albeit through the lens of basketball and Looney Tunes characters instead of video games or messed up software (though that aspect is here as well).

While that aspect of the film is an intriguing one considering how technology has become entrenched into our day-to-day lives, it’s one of the few aspects of the film that keep you guessing. It’s no secret that the film is a masterclass in visual bravado, however there are too few moments that compel you to care about what is on display — especially given that most of the film feels like a larger sales commercial for Warner and its past titles. That might come much to the dismay of viewers who had hoped for less self-awareness in films and to an extent, salesmanship, that the 1996 film was ridden with. The actual crossovers are quite entertaining to see as Bugs Bunny and Lebron James venture out in the cyber-verse to round up the other Looney Tunes members, but it’s easy to see this as kind of gimmicky and on-the-nose.

Another talking point will probably be Lebron James himself seeing as he has dabbled in film production and acting from time to time, but this is his first major blockbuster lead role. His performance here isn’t anything to be astounded by, but even he asserts at some points that basketball is his thing. While he isn’t glorified in the film to the extent that Michael Jordan was in Space Jam, he is at least celebrated in a way that doesn’t detract from the wider events of the film — it’s as much the Looney Tunes’ film as it is Lebron’s.

Within all of the spectacle that comes with a US $150million production is a relatively entertaining experience to be had; fans of the Looney Tunes and Lebron James will especially have a field day. But, the story isn’t as compelling as something like Ready Player One and it does ultimately feel like we’re playing a waiting game for the climactic basketball game with little moments in-between. Space Jam is definitely going to remain the more celebrated and culturally impactful film of the two, however Space Jam: A New Legacy is simply the better film.

Advanced screenings of Space Jam: A New Legacy open nationally from the 8th of July 2021