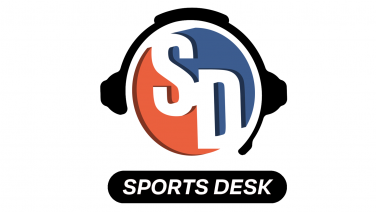 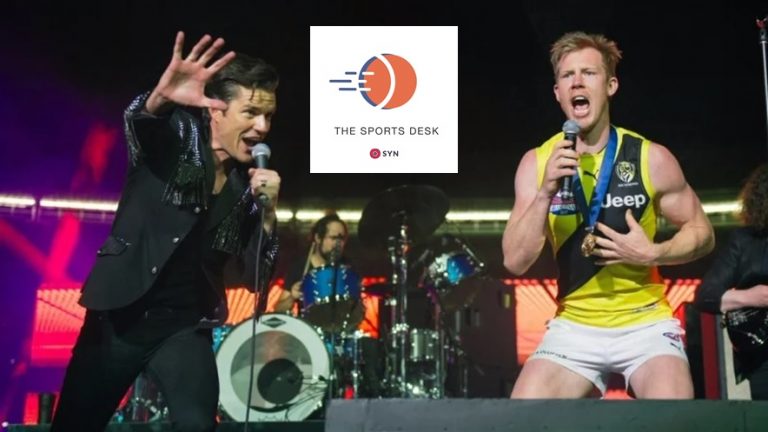 In lieu of all sporting events being cancelled or postponed for an indefinite period, today’s episode of The Sports Desk featured our picks for the Top Ten Sporting Anthems of All-Time. The list features rock and pop songs that have been accepted and celebrated as themes, chants and anthems for a particular or multiple sporting codes. Here is the countdown in full:

The final bars of this 1977 song are widely recognised in the United Kingdom as the BBC’s theme for its Formula 1 telecast, with Channel 4 continuing the tradition when it won the broadcasting rights. Its constant use has seen “The Chain” become the unofficial anthem not just for Formula 1, but for motorsport as a whole.

An Australian classic, “What’s My Scene” was utilised by the National Rugby League as part of its advertising campaign in the mid-Noughties. For said campaign, the lyrics of the song were rewritten by original composer Dave Faulkner, himself an avid rugby fan, to become “That’s My Team”.

Its keyboard riff is instantly recognisable, and for that reason “The Final Countdown” is heard in stadiums across the world regardless of what sport is being played. The song is most often heard during the last moments of a game in a bid the pump-up a team and its supporters – or possibly rile opponents.

Another widely-recognised and much-loved song, “Down Under” first came to the world’s attention during the 1983 America’s Cup as the theme of the winning yacht, Australia II. Since then, the Men at Work classic has been heard at just about every international sporting event that Australia has participated in.

The title track of the cult-classic 1983 film Flashdance, Irene Cara’s song is often heard during workouts and aerobics classes in addition to large sporting events. Cara herself made a memorable appearance at the 2006 AFL Grand Final, with the crowd eagerly singing-along to the lyrics.

The upbeat tempo, constant screeching and repeated yelling of “Jump!” has made this Irish-American hip-hop anthem a favourite at basketball games worldwide, and undoubtedly earned its creators millions of dollars in royalties from that alone. Chances are you’ve heard it at other sporting events, too.

Play this song anywhere, and people will sing-along to it – Jack Riewoldt included. The story is no different at sporting events, which is perhaps why The Killers were asked to perform “Mr Brightside” at the 2017 AFL Grand Final. Reportedly, the band were told that if they didn’t perform the song, they wouldn’t get paid.

Much like Europe’s “Final Countdown”, Chumbawumba’s one and only hit single is frequently played during the dying minutes of a match in the hopes of raising a team’s spirits. The lyrics of the chorus are known by everybody and chanted everywhere, whether people are in a sporting arena or down at their local pub.

Two stomps of the feet, and a clap of the hands – it’s the simplest form of musical participation ever devised. As of such, Queen’s classic rock song is heard at every sporting event imaginable to get crowds revved-up, and never fails in doing so.

The powerful voice and uplifting lyrics of Tina Turner are just what Earth needs at the moment, and what arenas, stadiums, teams and sportspeople have taken advantage of long before now. “The Best” is most closely associated with Rugby League in Australia, having been utilised in an advertising campaign in the early Nineties and again just this year.

“Pump Up the Jam” by Technotronic: This track is a staple of basketball games the world over, thanks to its synthesiser riffs and groovy beat.

“Get Ready for This” by 2 Unlimited: Same as above. Interestingly, Technotronic hails from Belgium, while 2 Unlimited is a Dutch music group.

“Unbelievable” by EMF: Worth mentioning solely because of its association with the AFL’s “I’d Like to See That” marketing campaign, which was revived recently to promote the AFLW. 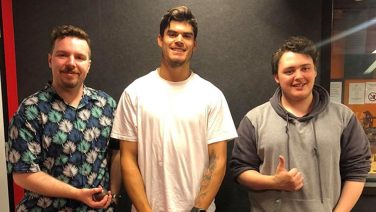 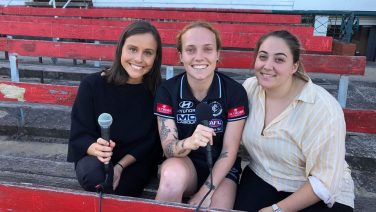 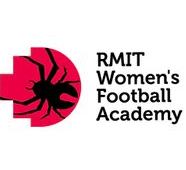 Want to get involved with AFL? Do you go to university? Listen to Tennyson, Jake, Alexander and Moni Interview Sally Tanner (Senior […]