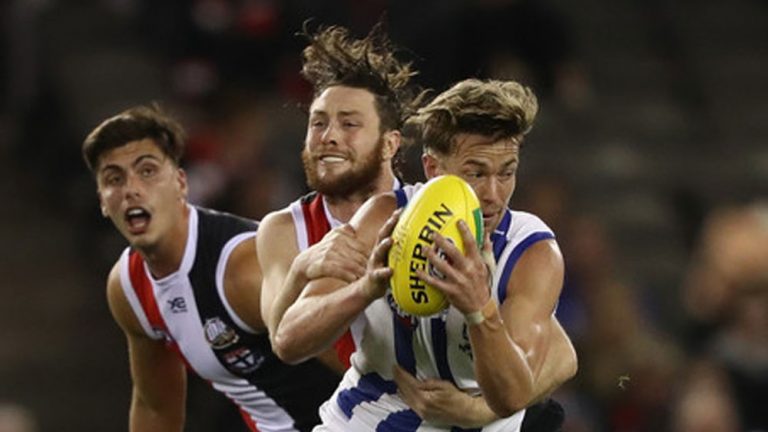 St Kilda is refusing to put a timeline on Jack Steven’s return to footy after the star midfielder revealed he is taking a break from the game to deal with an ongoing mental health issue.

The 28-year-old has been granted indefinite leave from the club so he can focus on his mental health and wellbeing and may miss the start of the AFL season.

Jack Steven will take a break away from the club in order to focus on his mental health and wellbeing.

Steven, who has won four best and fairests at the club, told his teammates of his decision on Tuesday.

“Jack’s decision to put his hand up and acknowledge that he needs some time away is a brave one,” St Kilda general manager of football Simon Lethlean said in a statement.

“He is a much-loved member of our playing group and has the support of all his teammates, his coaches and all St Kilda supporters.”

Steven is expected to be away from the club over the next two weeks, but has yet to be ruled out from taking his spot in the team for their round one clash against the GC Suns at Marvel Stadium on March 24.

“Jack will use this time to take a break from the daily routine of training and concentrate on his health,” Lethlean said.

“I know he is desperate to get back to training and preparing for the season as quickly as possible, but the most important thing is making sure he is in the right headspace to do so.”

Steven is contracted with the Saints until the end of 2020 after signing a five-year deal with the club in 2015.

Steven is the latest high-profile player – Lance Franklin, Heath Grundy, Tom Boyd and Alex Fasolo have all previously struggled with their mental health – to take a break from the game to deal with a mental health issue.