Sunday Sweets: Beans – All Together Now 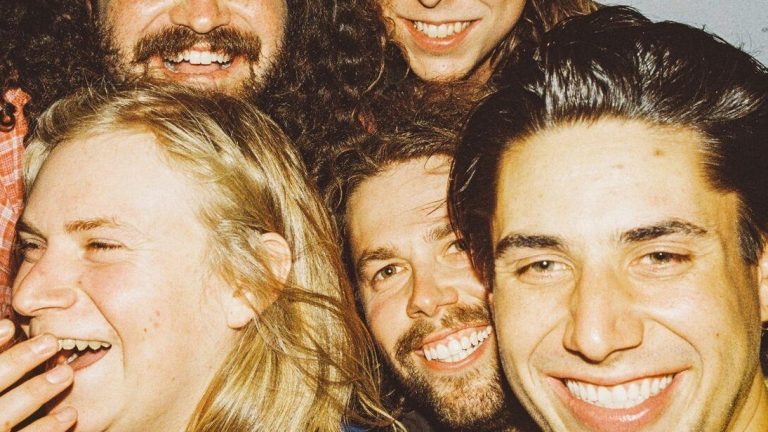 Formerly Baked Beans, the Beans shorten their name whilst expanding their sound.

Following their fantastic debut ‘Babble’, Beans continue with their distinct, heavy brand of psychedelia. Where many of their contemporaries have embraced the more twee influences of the Beatles, Jefferson Airplane and the Beach Boys, these guys definitely have their eyes on Hendrix, The Doors, Led Zep and more niche heavy psych acts like T2. On ‘All Together Now’ the band focus on development and challenging song structures rather than immediacy and catchy choruses. Utilising intriguing instrumental passages that lead to electric crescendos. Within a 30 minute record, they manage to make 9 songs that build and crash with the energy of prog rock tracks. Which, going by the average length of songs within the genre, is a very difficult thing to pull off.

Like the Doors-style organ we found all over the band’s debut, which soaks the psychedelia in a dry whiskey on ‘Montgomery’.

‘Get it Right’ stands out from the pack as a delightfully colourful take on hard rock. Effortlessly bubbling with personality, making the most of slightly campy grooves and vocal delivery. It’s simplicity acts as a quick break amongst an otherwise densely intricate tracklist.

This transitions smoothly into ‘Repeat’, playing as though the guitar melody repeats straight through into the new section. The track brightens up and expands from ‘Get it Right’s’ tight punchy atmosphere with lighter vocals and a soft new age piano melody.

All Together is ‘all together’ a far more relentless record than its predecessor. Condensed into 30 minutes of raucous jams. With progressions that fuse their psychedelic garage routes with hard progressive highways. The album’s mission statement and crowning achievement are saved for the finale ‘Lay it Out’. Here all of the records ambitions find their definitive balance. With a pounding marching drum beat, entrancing organ, crunching fuzzy guitar, Robert Plant inspired vocal wails, tight drum fills and impeccable chemistry. What the band have pulled off in such a brief record is incredibly impressive and manages to ground the ambitions of progressive rock into a succinct and relatable package.