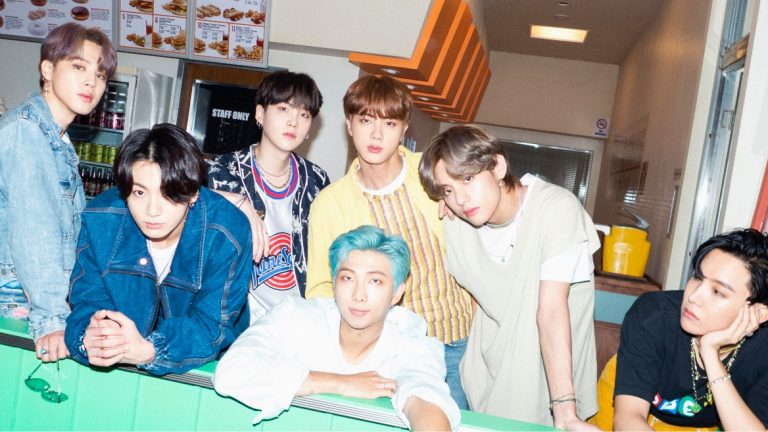 Right when 2020 needed something to go right for once, BTS dropped a disco-filled isolation anthem.

From performing with Lil Nas X at the Grammys, to claiming an all-kill at last year’s Mnet Asian Music Awards (Worldwide Fans’ Choice, Song of the Year, Artist of the Year, and Album of the Year? What more can you ask for?), it is clear that these seven South Korean idols have transcended across language and cultural barriers.

2020 is not only the band’s seventh anniversary, but also the year of their first ever fully english single. The track doesn’t waste time in breaking into a funky beat, experimenting with contemporary pop sounds with some 70s-80s funky brasses and guitars. BTS takes us back to the days of record stores, vintage diners and bell-bottomed pants.

BTS’ leader (and english spokesperson) RM said the band needed a breakthrough, so they made this song. There’s no better way to explain the cheerfulness and energy that radiates off this song. After all, this is the band’s way of spicing some energy, a mood booster, and “a little funk and soul” into our isolated lives.

The music video is a wonderful companion to the song, featuring BTS’ best wardrobe yet. Similar to the song, the video is reminiscent of the 70s-80s era of pop music – including references from legendary icons such as Elvis Presley. If you keep a close watch on the video’s details, you might come across David Bowie, The Beatles, Wham!, and rapper SUGA’s Space Jam shirt.

Not only is there pop culture flashbacks,  but there are hidden references for their beloved ARMY. Such as Jungkook’s love of milk, and RM’s blue hair and sunglasses – which dates back to their 2016 release, “Fire”.

Out of all the nostalgic references, nothing beats Jungkook’s solo set where he starts his day singing and dancing in his bedroom. It resonates to a life in isolation, especially to those living alone, but the energy and positivity of the song is so infectious – it’s basically an antidote that makes isolation suck a little less.

Being in isolation is definitely not the most ideal situation, but “Dynamite” is the pick-me-up we all need.