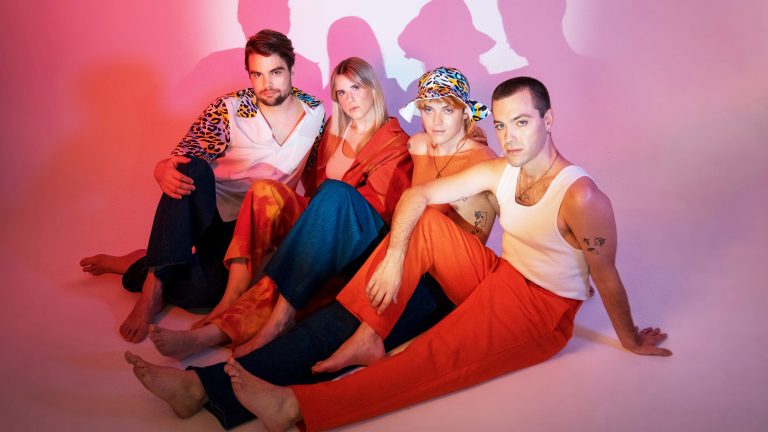 From the first angelic piano chord of the ‘Intro’, it is obvious that Cub Sport’s latest album, ‘Like Nirvana’, will challenge the classic synth-pop sound of the group’s previous album. Repeatedly breathing the words ‘I love you’ and ‘I’d die for you’, Tim Nelson sets the mood for the rest of the album; warm and light, but also powerful. These lyrics commence a curious story of self-love, relationships and identity.

‘Confessions’ stands as an ode to thy self, representative of all the things we often think to ourselves. In the second verse however, Nelson’s dives much deeper into a personal journey, navigating gender, identity and masculinity. The heavy, telling vocals on this track explore common struggles of self-esteem, expectations and mental health as Nelson whispers ‘The truth is I don’t wanna be one of the boys / The truth is living by a gender makes me feel annoyed’. Despite lingering, profound themes, cubbies have turned something dark into something that is rescued by love and freedom, and filled with light and optimism.

One of the shorter tracks on the album is ‘My Dear (Can I tell you My Greatest Fears)’. Short and sweet, albeit packed with passion and those soaring vocals that we love oh so much. Stripped back keys and vocals formulate for another intimate rendezvous with Tim Nelson, the track concluding with a soaring blend of vocals and sonic sounds of distortion.

‘I Feel Like I’m Changing’ invites some lighter pop rhythms, synths and harmonies back onto the album. This track, along with ‘Drive’ & ‘Be your angel’, are probably the more buoyant of the mix, reminiscent of their past work. These tracks simultaneously detail the light that comes with vulnerability, love and growth; reflecting on the past, embracing the present, looking forward to the future with a new perspective. Recently marrying band member and best friend, Sam Netterfield, these moments feel like an ode to Nelson setting himself free of his internal battles and embracing this new wave of contentment.

Numerous songs such as ‘Be Your Man’,  ‘Break Me Down’ and ‘18’ depict moments of vulnerability, self-discovery and learning how to love yourself, and also others. ‘Be Your Man’ embodies Nelson’s rich and ever-expanding vocal range in a ballad like form, with deep drums and softer vibes. The lyrics acknowledge the darkness inside of ourselves, in an attempt to further understand relationships. Similarly, ‘Break Me Down’ features the angelic vocals of Mallrat, breaking down layers of ourselves in an attempt to heal. Utilising a sonic spiralling affect, The latter part of this track sees both Nelson’s and Mallrat’s vocals create an incredible, other-wordly mood to the song, similar to floating around in space.

‘18’ and ‘Grand Canyon’ are symbolic Nelson’s new chapter since marrying Netterfield. Living for “something more”, and finding freedom in music and love, are recurring themes throughout the albums entirety, however these two songs exemplify Cub Sport coming full circle. From confronting their traumas, to seeing life in a new, warm light through the perspective of love. The angelic, relaxed ambience to these tracks illustrate content. This is where ‘Like Nirvana’ differs compared to their aspects previous alt-pop jams. Cub sport have found solace in their music and turned it into a masterpiece.

Throughout ‘Like Nirvana’, Nelson is speaking to themselves as much as they are speaking to the listener. Songs like ‘Saint’ explore making sense of ourselves, our relationships and the world around us. While these lyrics are unique to Nelson’s experience; ‘I wanna save me / I wanna save you / I wanna live true / Save the world too’ they are also profoundly relatable. We feel that.Cub Sport have crafted an emotional album of great depth and vulnerability whilst simultaneously channelling a new, warm energy on ‘Like Nirvana’ and it does not disappoint.