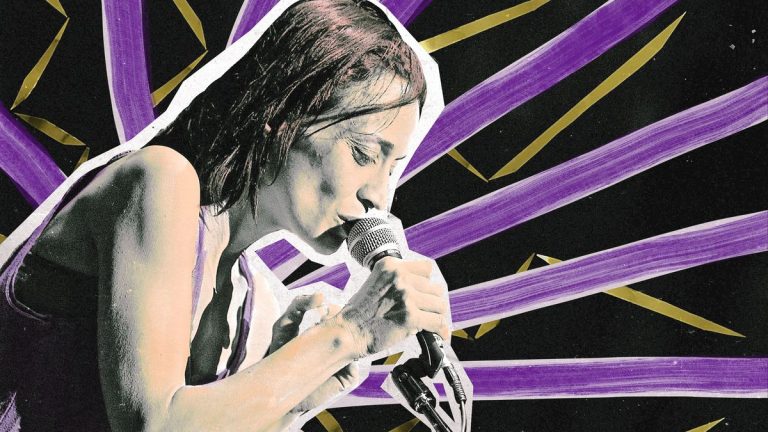 ‘Fetch The Bolt Cutters’ is unlike anything else. It breaks every rule, defies every expectation, and when you are least expecting; it makes you smile.

The album is an awakening after an eight year hiatus from solo album releases. It’s a carefully curated collection of art above anything else. Eight years of poems, stories, inspirations, and lyrics, all waiting for the perfect moment to be released into this world. This is Fetch The Bolt Cutters.

A title taken from a throwaway line in Netflix’s ‘The Fall’, in which Gillian Anderson’s character, a police detective, releases a girl who has been kidnapped, locked away and tortured. It represents liberation. Apple expanded in an interview with NPR, “Fetch your tool of liberation. Set yourself free.”

Any instrument you can think of, and anything that is not an instrument, is beautifully woven into each of the thirteen songs. The experimental cries at the end of the opening song “I Want You To Love Me”, are an ode to the nature of love, relationships, and eventually break ups. You are welcomed into “Drumset” with the strum of a harp. Rhythmic oboe heard on almost every track. A cult-like chanting and the rattle of a drum, or perhaps a pot, can be heard throughout “Cosmonauts”. The harmonies heard on the album are a feature of Apple’s cabaret singing sister, who goes by Maude Maggart. Or the dogs barking at the end of the albums eponymous single “Fetch The Bolt Cutters”. This is truly a family affair, especially considering the five dogs credited in the creation of the album – as they should be.

It is real. It is raw. It is a creation made entirely within the walls of her Venice Beach home. It is messy, chaotic, vibrant and powerful. ‘Fetch The Bold Cutters’ is unbound as it discusses everything from rape on “For Her”,  and women being pitted against one another on “Ladies”. She also speaks on influencers and social media, and the frivolity of it all on “Relay”.

It’s the kind of album you play to your teenage daughter when she’s having an identity crisis. Something to soothe her wild mind, a reassurance that one day, it will all be okay. It is a feminist war chant, a collection of songs to march to on your way to shatter some glass roof somewhere. Everything feels monumental right now, and so does this album.