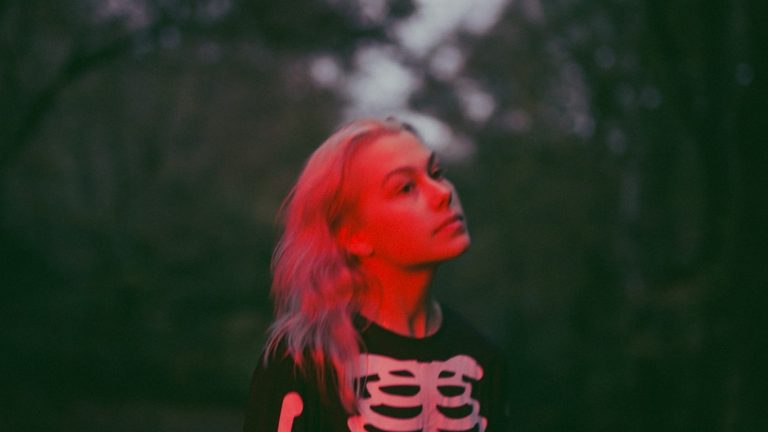 ‘Punisher’ is an undeniably emotionally potent record, a collection of deeply relatable vignettes that play like peering into a series of daydreams. Phoebe takes long established indie rock and folk sounds and makes them her own with personal storytelling with richly intimate delivery.

During the 90s and early 00s, the indie folk genre was dominated by the likes of Sufjan Steves, Elliot Smith, The National, Modest Mouse and an infinite list of talented male songwriters. Whilst there’s never been a shortage of phenomenal female artists, it seems clear a shift is happening within the modern scene, filled with an eclectic range of unique female voices. The likes of Julien Baker, Courtney Barnett, Jessica Pratt, Snail Mail, Soccer Mommy, Lucy Dacus and of course Bridgers herself, all proving the future of indie rock to be female.

Lead single ‘Kyoto’ is a gorgeous upbeat track, more groovy and playful than anything on her stunning debut album ‘Stranger in the Alps’. As such I was prepared for a slightly brighter album, but in fact, ‘Punishe’r is equally sad and if anything, even more low-key, and also quite possibly, even better.

Even ‘Kyoto’ upon revisiting, is filled with introspection, focusing on imposter syndrome and the idea of never being satisfied. Wishing to be in Kyoto, then upon arrival missing home, then being home and wishing to travel as far away as possible.

Bridgers’ take on indie rock utilises the style of slow core, patiently and delicately developing instrumentals to create a soft bed for her intricate, poetic storytelling. Melancholy slide guitars, country tinged strings, dusty percussion and whispered vocals establish a nocturnal, dreamlike small town for her songs to live in. With her words floating down the foggy dimly lit streets.

Her deeply sad and hurt songwriting eschews falling into artificial melodrama by resisting cliche and focusing on personal stories filled with glimmers of hope and humour. Fully embracing the beautiful benefits of individuality.

Punisher gradually develops over its runtime, and just like the works of the classic indie icons mentioned previously rewards and requires a full album listen. Throughout most of the record, Phoebe focuses on herself and relationships with the people around her. Focusing on toxicity, dependence and the troubles of falling for troubled people. On the closer however, ‘I Know the End’ takes a step back, creating an apocalyptic scene describing a world filled with the chaos we see around us coming to an end.

The songs outro is unlike anything on the album. Trumpets, a choir and Phoebe’s piercing wail break the albums somber atmosphere for a terrifying and triumphant final release. An orchestral explosion akin to Illinois era Sufjan Stevens sends the album’s tense atmosphere crashing down.

After it all you’re left with a beautiful record that both respects and lives up to the iconic heights of its influences, whilst only possible in the hands of Phoebe Bridgers.