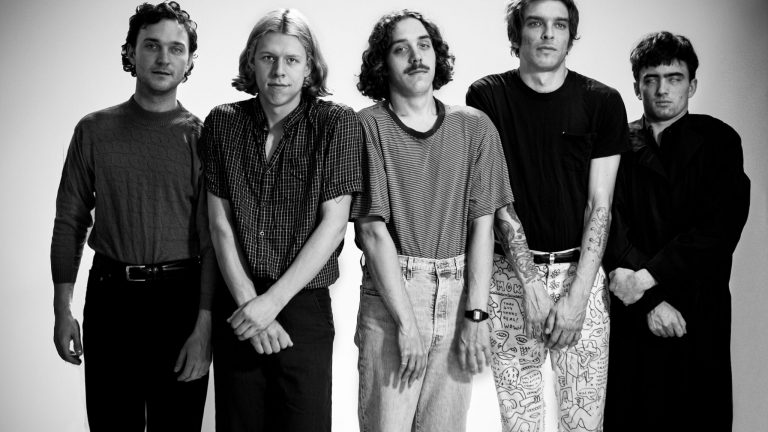 Montreal’s Pottery show off their sweet side with the release of ‘Hot Like Jungle’, the third single from their much anticipated debut album Welcome To Bobby’s Motel, out June 26 through Partisan Records/Liberator Music.

Written by the band’s drummer Paul Jacob, it’s a blue-collared ballad that started off as a semi-Bruce Springsteen parody and became a charming love song for his girlfriend. While vocal duties are passed back onto leadman, Austin Boylan, who delivers the lyrics with a swooning baritone, Jacob’s special touch on the track is continued by its animated music video which was also created by the drummer. Watch the swirly and curly clip, here.

Previous windows into Bobby’s Motel ‘Texas Drums Part I & II’ and ‘Take Your Time’ have exhibited the band’s frenetic and fun ways, ‘Hot Like Jungle’ sounds to be the ‘slow dance’ song of the upcoming album; a nice breather within a wild ride of indie post-punk. Which, for fans of Devo, Fontaines D.C., Parquet Courts or Josef K, will absolutely love.
While we might have to wait a little longer to check-in to Bobby’s Motel after the band’s decision to postpone the album release, we can’t wait to unpack our bags and enjoy the stay.